Financial Crisis, Reforms and their Impact on Geopolitics

The interest of this report is about the effects of the financial crisis on the global power architecture and on geopolitics. The concept of geopolitics, in particular its normative dimension, is discussed critically. It is problematic that it is seen as being that normal countries try to acquire as much power as possible, that there is a hierar-chy in the international system and that permanent rivalry and power politics are a fundamental dynamics of international relations. Another problem is that military power is the most important component of power (military bias) and that concepts like national interest geopolitical strategies are mainly defined by the dominant elites, whereas ordinary people usually have to pay the bill for the geopolitical ambition of elites. While the normative dimension of geopolitics is rejected the concept is nevertheless used in this report as an analytical tool.

There is a new international order emerging, replacing the unipolar world under the leadership of the US by a polycentric world. The rise of China and other emerging countries, their increasing cooperation in the BRICS and the attempt of Russia to come back as a global player are indicators for this deep going structural change. The process has started and will take a long time. Also the US will remain for a long period the leading power in the world although its relative position is diminishing.

A polycentric world is not automatically better or more stable. On the one hand there might be positive trends, such as less military interventions as there are more limits and risks for the US, but on the other hand, the new system is inherently unstable, if it is not embedded in an architecture of political cooperation.

The financial crash in 2008 served as a catalyst for the changes in the international system. It weakened both the US as the main protagonist of finance capitalism and the EU economically as well as with regard to their image to the rest of the world.

There were some financial reforms to fix the system. But they were restricted to fi-nancial stability only, while the root causes of the crisis, such as the dominance of finance over the real economy, endemic finance speculation and the global imbal-ances were not tackled. The EU was even harder hit than the US. The financial crisis was transformed into a crisis of public finance, which lead to the de facto bankruptcy of several member states. The subsequent crisis management of Brussels could not solve the problems. Based on a wrong diagnosis the cure caused even more damage. Several countries in the Mediterranean suffer from a dramatic social crisis. Also major economies such as Italy and France are now under pressure. Given the complex governance structures of the EU the crisis has increased the heterogeneity of the Union with the effect that its future uncertain. From a geopolitical point of view, the EU has been weakened by its multiple crises and its further perspectives look quite dull. The dream of the EU becoming a superpower in the new emerging world order remains a dream.

At the end, some principles of an emancipatory alternative to the traditional approach of geopolitics are sketched. If the structural changes in the international system should not increase conflict, instability and lead to new wars, a multilateral architecture has to be set up based on democratisation of international relations, mutual respect and cooperation. The world economy has to become more equitable and inclusive and must work for the mutual benefit of all countries and people on the planet. 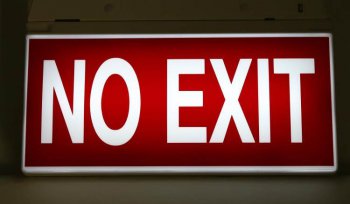