Recounting Physicians for Human Rights-Israel (PHRI) history is much more than just listing its actions, failures and achievement. Its foundation 22 years ago marked a dramatic turning point in Israel’s civil society. PHRI actually introduced the term and concept of human rights where it was not present before.

Physicians for Human Rights-Israel is a non-profit organization that struggles to end the occupation from which all human right violations in the occupied Palestinian territory stem, and for the realization of the right to health for all under Israel’s control. Today PHRI has more than 1,500 members, over half of whom are health workers.

PHRI struggles for women’s right within the wider vision of social justice. Demanding state responsibility for medical care to victims of domestic violence regardless of their civic status and conducting an ongoing Mobile Clinic by women for women are just two examples. Even more dramatic is PHRI’s innovative way of bringing together the insight of feminism and the struggle for peace and social justice to expend the scope of women’s involvement from relatively narrow women’s rights to a wider activity for change of patriarchal conceptions ruling Israel’s marginalizing policies of women, ethnic minorities and low income population.

PHRI created a new trend in Israeli civil society: the establishment of many new organizations, led by women, devoted to human rights. Examples of such organizations include the Public Committee against Torture, HaMoked –the Defence of the Individual, Bat-Shalom - Israeli and Palestinian Women for Peace and social justice, the Workers’ Hotline, the Women’s Peace Coalition, and others.

Personally, it was a dramatic experience from the outset, that at the time I could not put into words. In the most tangible way, we can see how each day’s work brings change. It is an empowering experience of strength and capability, in spite of facing a massive, powerful, heavily funded security system.

Maureen Dowd wrote in the New York Times in December 2007: “When men want to put down a powerful woman in a sexist way, they will say she’s a hag or a nag or a witch or angry or hysterical…. Some who disagree with a woman on matters of policy jump straight into an attack on the woman’s looks or personal life.” I have experienced this attitude many times.

At the beginning, government Ministries didn’t respond to our letters for months. Army Generals portrayed us as extremely naïve, not to say stupid, trying to undermine our reliability. Being resilient and using foreign media and world policy-makers helped in changing this attitude.

PHRI had a significant majority of male physicians; not without resistance, but quite remarkably, men in PHRI learned to join in next to us instead of talking for us. In PHRI women are leaders rather than labourers in men-led organizations, stating that the whole world is within women’s interest. We celebrate our new voice every day.

Our unrelenting commitment to our Palestinian partners and those who appealed to us, holding our mobile clinic in the occupied Palestinian territory (oPt) in the first and second intifada built up mutual respect and trust between us and the Palestinians in the oPt. Inside Israel, our relations with the Israeli–Palestinians became even stronger after visiting the families of the Arab citizens killed by Israeli police in October 2000 and speaking out their case.

PHRI struggles on the political level, for the rights of the refugees fleeing from Darfur, Sudan and Eritrea, and at the same time offers them medical services in our Open Clinic in Jaffa. 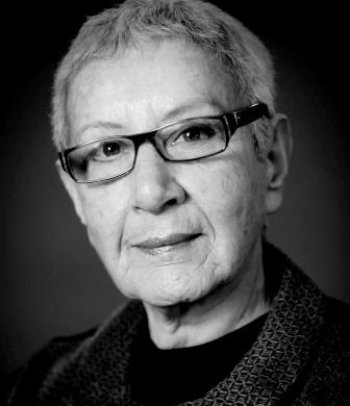 The stronger we became the more dangerous we were seen to the mainstream establishment. The IMA (Israeli Medical Association) is a huge, wealthy and well connected organization. Following one of our presentations against the involvement of physicians in torture, IMA’s chairperson said on 21 July 2009: “The activities of PHR-Israel constitute fertile ground for anti-Israeli and anti-Zionist anti-Semitism”. This man marked me, personally, as the main force leading this kind of activity.

It might be seen as a personal disdain between a man and a women both leading organizations of medical professionals. Yes, but on the first place it is a power struggle between IMA as a part of the militaristic establishment and PHRI who is an outsider organization fighting for human rights and just peace.

Another achievement of PHRI is the pleasant and friendly atmosphere among the staff. This reflects an organizational culture that embodies a spirit of sisterhood for women and men that has endured for many years and has managed to resist the dominant militaristic power-based nature of Israeli society.

I wish to end my presentation by telling you of three women reaching our offices. Fatum, a Palestinian, 27, had to surpass both patriarch Palestinian medical system that ignored her complaint, and violent Israeli bureaucracy until she could get the proper diagnosis and treatment. Alas, it was too late for her. Our doctors and staff, who fought for her treatment and who celebrated her birthday at the Israeli hospital had to, then, fight so she can be returned in time to her home in Gaza to die at the side of her family. Another woman was a migrant worker, misdiagnosed by a private health insurance company’s doctor so as to serve its profit. She was told she is incurable and was advised to leave Israel and die with her family. Our doctors diagnosed her correctly, treated her and represented her case so that the private insurance’s doctor will be brought to trial. An Israeli woman couldn’t pay the copayment for an ear implant that would save her hearing. We appealed to the ministry of health which admitted the copayment to be too high and cancelled it.

By breaking the lines that divide women who are the victims of the ethnocentric and oppressive concepts, we also breaking the concepts imposed by the mechanism of oppression. We are creating an alternative and subversive potential for bonding which aims to replace the oppressive separation policy. Our approach tries to get to the root causes of evil, the deepest source or reason for pain and suffering, and then to work to try to change the origin of those wrong doings. Of course this work is never done, – we know that already.

I would like to thank the organizers of this meeting here in Brussels for inviting me. I hope to learn here a lot.

Consciousness-raising and Prevention in the Struggle Against Violence and War