Exceeding all expectations, a critical mass of over 50 people (a milieu of left-wing social actors, academics, politicians, radical intellectuals and employees of the European Institutions) got together on 1st March 2010 to discuss a key issue of the European Left political agenda: fighting poverty in the European Union. Under the framework of the 2010 European Year against poverty sponsored by the European Commission, the Transform! Working Group Brussels organised a debate to explore Left alternatives for the fight against poverty in the “First World”, held in the Garcia Lorca Centre, a historic gathering place of the critical Left in Brussels (home of Spain’s Communist Party during Franco’s dictatorship).

This event marked the kick-off of a series of initiatives and debates aimed at filling up a vacuum in the current Brussels-centred political debate around pan-European issues of crucial importance for the Left. The crowded meeting room and the feedback collected after the event clearly demonstrate this vacuum and the need for discussing realistic Left alternatives to social problems impacting left constituencies.

Gaby Zimmer, member of the Development and Employment and Social Affairs Committees of the European Parliament, set the scene by noting that poverty is the principal cause of hunger and undernourishment in the world. As an advocate of active inclusion, poverty is more than just money deprivation.

Despite the tremendous economic growth of the world economy over the ten years before the Great Recession, poverty didn’t decrease, but grew overall. Nowadays, 14.6% of the world’s population lives below the poverty line and 1.42bn human beings currently live with less than US$ 1.25 a day. Exacerbated by the financial crisis, an additional 53 million people became poor in 2009 according to the World Bank. The worldwide increase in child mortality is another alarming indicator of the fact that poverty is on the rise, making the realisation of UN’s Millennium Goals on poverty part of Utopia.

As Ms Zimmer rightly pointed out, there’s a clear opportunity to link the global fight against poverty with the same fight within European borders as the situation in Europe is not less distressing. Over 20% of the population of Spain, Greece, Bulgaria, Romania and Latvia are currently at risk of poverty. This estimate is rather optimistic if the sluggish economic recovery in those countries doesn’t take off, which seems to be the case.

With this picture in mind, Zimmer criticised EU’s efforts to address poverty and social exclusion as narrow-focused and technocratic. In fact, she sees a lacuna of ideas and policy proposals in the last 15 years from the EU political institutions as well as no concrete signal indicating that poverty eradication targets will be included in the 2020 strategy. At the same time, European Commission’s leadership in this matter is crucial to ensure some sort of success.

The left-wing MEP calls for serious and tangible efforts to tackle poverty and social exclusion, profiting from EC’s push to raise awareness of these issues in 2010. In this sense, Zimmer stresses the fact that poverty eradication has to be core to all policies devised and implemented in the European Union at all levels, being them local, regional, national, European or global. The broader goal is to ensure that Europeans enjoy a comprehensive safety net of minimum social standards. Ambitious but concrete targets that she would like to see in EU’s political agenda are end of homelessness by 2015 and end of child poverty by 2020.

Moreover, she highlights the importance of a guaranteed minimum income. A concrete proposal in this sense would be to raise minimum wages to 60% of EU27 average salary. On another set of policies to alleviate income deprivation, Zimmer concretely proposes to guarantee warm homes for everybody in the EU via implementing programmes to increase energy efficiency in private buildings with already existing technologies. Fighting ‘energy poverty’ is crucial as the energy bill eats up 10% of average household disposable income.
From an academic perspective, the social scientist Francine Mestrum drew attention to a change of paradigm in EU political strategy on poverty eradication. She argues that there is an unquestionable shift in EU political agenda away from social insurance principle to ‘floor protection’ in the last two decades. That is, a race to the bottom to secure minimum levels of welfare, just basic provision of certain public goods (basic education, basic healthcare, basic unemployment benefits).

A detailed analysis, Mestrum argues, of all EU documents on poverty reduction strategy shows that there are 3 policy recommendations on which the EU political philosophy about poverty eradication is based, namely budget constraints, modernisation of social protection and employment strategy. Budget constraints strand is self-explanatory: public money for social policy and social security systems is not only limited but in many cases budget cuts are recommended. There’s no clear view on what the EU means by ‘modernisation of social security’ but it is evident that there’s official discontent for the ‘distortions’ that ‘copious’ unemployment benefits cause in labour markets. In this sense and due to the proliferation of jobs (junk jobs) whose remuneration is not high enough to sustain basic human needs, there are hints from EU officials at lowering unemployment allowances to motivate people to work for indecent wages instead of rising salaries. Likewise, there’s a current process underway by which the safety net built under the framework of the Welfare State consensus has to serve the purpose of the employment strategy. In other words, social policy is continuously undermined with the sole objective of subordinating it to the pervasive mandate of economy policy. Social policy in this orientation is conceived as complement and not as correction to neoliberalism.

In sum, a careful reading of the Amsterdam, Nice and Lisbon Treaties demonstrate that there’s no real strategy about poverty eradication. In the Lisbon Strategy there’s no specific mention to poverty. Legal instruments to combat poverty and social exclusion are weak demonstrated by the fact that the predominant tools devised are the exchanges of best practice, “open methods of coordination” and soft law. Moreover, goals are extremely limited and rather vague. Last but not least, no harmonisation of social protection programmes across the EU is envisaged. On the contrary, EU’s strategy in fighting against poverty seeks a convergence towards social minimum standards that mainly deals with extreme poverty and social marginalisation.

A case in point of the way the EU is devising the strategy against poverty is the fragmentation of the decision-making process in this matter. Social security was always exclusive competence of national governments. More and more we are witnessing a process of splitting responsibilities and decisions among different levels: regional, national and European. And, suspiciously enough, the most difficult decisions that usually imply an important social cost are being moved to the European level where robust resistance and public pressure is harder to organise and execute.

Mestrum reads the push for modernising European social security systems as part of the neoliberal agenda pursued by the political institutions of the European Union. It could be seen as another attempt to dismantle the Welfare State and consequently the end of social protection based on citizenship, social rights, universalisation and solidarity. The fact that income inequality is absent from EU policy recommendations and political strategy is another sign that solidarity is severely under attack these days. For Francine Mestrum the best protection from poverty is the Welfare State.
With regards to the conscious erosion of solidarity from an EU social policy perspective, Stephen Bouquin stressed the radical shift to individual responsibility in this domain. The EU has been adopting an increasingly individualistic approach in its social policy via focusing all efforts on people’s ‘employability’ and self-reliability. In other words, it is up to individuals to ensure that they gain the necessary skills to become attractive in labour markets and take measures to cover periods of unemployment. Meanwhile, collective welfare provisions have been weakened at the same time that informal work and microcredits to help out the poorest are on the rise in the European Union. For him, an inverse logic of wealth distribution is underway, which he calls the ‘Welfare State for employers’, whereby working poor people that can’t meet ends with their exiguous salaries get public social assistance to secure minimum subsistence.

Given that poverty has risen in parallel to GDP growth in the last two decades (GDP has tripled in the last 20 years), he advocates for relaunching the debate on wealth redistribution as our societies are wealthy enough to end poverty in Europe. A first step in this direction should centre in setting social standard guaranteeing that no social allowances would be below the poverty threshold. The labour movement should integrate the fight against poverty as one of the dimension of its broader struggle to .

The failure of EU’s strategy in eradicating poverty is undeniable, claimed Michel Rousseau of Euromarches. He reminds us that the Lisbon Treaty set the goal of eliminating child poverty by 2010. As an activist of an European network, he vigorously calls for strong mobilisation and social protest against this social scourge following the premise that if Member States gave billions to the rescue the banks, they could easily give billions to the poor if they are forced to do so. His organisation will be making demonstrations for effective measures to tackle poverty in Brussels during the European Week against Poverty, which will take place on 10-17 October 2010.
During the discussion section one of the main topics of debate was the situation of the “working poor”. This rising social phenomenon shows that for more and more workers, wages don’t guarantee the minimum for subsistence. A new kind of double dependence – from the employer and from public social assistance – emerges. Falling wages and growing public assistance for the working poor constitutes another aspect of redistribution in favour of capital. Social divisions and political tensions within the subaltern classes, between those who have to pay taxes and those who need ‘assistance’, are growing and pave the way for populist discourses from far right political groups and forces. A left alternative has to build solidarity approaches; policies able to unite workers, working poor, workless and poor people.

In an effort to synthesise the alternatives proposed and discussed on Monday 01 March, it could be said that there was a general agreement between speakers and attendees that rebuilding the Welfare State under which implement minimum income policies is the starting point to eradicate poverty in the ‘First World’ of the 21st Century. 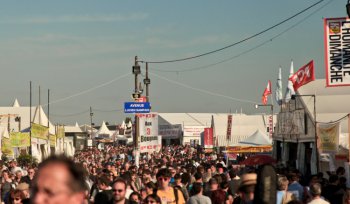 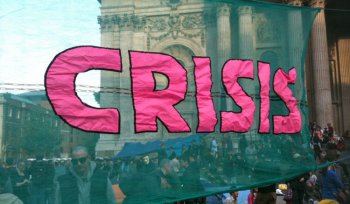