Preliminary remarks: To date, the energy turnaround in Germany has first and foremost been an “electric-power turnaround.” In the area of heat/heating, the dynamics have been much less strongly pronounced. In the area of fuels, we see chaos, setbacks and no movement. And there has been little progress overall in the area of energy savings.

Virtually all expansion estimates have been surpassed. The speed of expansion is considerably higher than had been expected. The current situation is this: The renewable energy share is around 25%; there are 25,000 windmills and 1.3 million photovoltaic facilities in Germany. Some 60% of these facilities are in the hands of citizens and farmers. There are now almost 400,000 jobs in the renewables sector.

Renwable energies have far and away the highest level of acceptance in the population.

Renewable Energy Law (EEG) was and is the basis for the “energy turnaround from below,” which is emerging in many municipalities and regions.

The expected and planned priced regressions of the renewable energy facilities have by and large been realized. Notable are, however, the world market price increases, especially for metals.

The additional cost of the energy turnaround have been close to zero, if all macro-economic and all ecological effects are taking into account (merit order, jobs and income, less fossil fuel imports, environmental damage avoided, open and covert subsidies).

The energy turnaround has shown that powerful support for a right policy – in this case, the EEG – is far and away better than the reticent and largely ineffective punishment of a wrong practice (emissions trading).

The environmental movement generally, and the anti-nuclear-power movement in particular, were the societal foundation of this success.

Popular resistance and popular consciousness building made the option in favor of nuclear power and fossil fuels impossible in particular cases, and increasingly restricted those options at the societal level.

Dangerous and dirty energy sources are on the defensive, and have to justify themselves.

Since 2000, the EEG has shown that it is possible to restructure an entire sector of industry by political means. The EEG is today the most effective instrument for ensuring a structural transformation in a conscious and farsighted manner.

The EEG’s recipe for success was an intelligent combination of planning and the market. Investors did not have to worry about a number of issues which are usually at the core of business activity: market access – for they enjoyed priority access to the grid; and sales and pricing risks – for they had these guaranteed. What remained where management and technology-related risks, and the need to innovate.

The market forces were encouraged to do what they do best: ensure efficiency and technological progress. They were shielded from the factors which they cannot control – the ups and downs of the business cycle and of prices. The basic policy decision had been taken to allow renewable energies to grow, and to force energy sources which had been recognized as mistaken to yield; that decision neutralized the usual uncertainties.

In spite of all this euphoria, we still have to soberly recognize the fact that it was not environmental consciousness, but rather financial advantage, that was the foundation of the mass effectiveness of the EEG.

The more successful the EEG has been, the more it will have to be connected with the restructuring of the entire energy system. If wind and solar are to become the two most important energy sources – in Germany – then the rest of the energy system will have to orient itself around them.

Once this dynamic – wind and solar define the conditions for everything else – has been irrevocably established, the energy turnaround will have been decided on the material side; however, with regard to its societal form of organization, the decision will still be pending.

If we can keep up the speed, and if a considerable portion of the energy turnaround is implemented decentrally, the major electric-power corporations in Germany will have no basis for their business any more, in the medium-term.

The David-masses are defeating the Goliath-monopolies; hundreds of thousands of photovoltaic facilities, operating at midday, are stealing the most profitable hours from the power corporations.

“Delay and take over” – that’s the current slogan of the power corporations, albeit not openly ex-pressed. They have to act that way because they can’t keep up with the speed at which the energy turnaround has been moving. Putting on the brakes on photovoltaics and onshore wind power means longer running times for conventional power plants, more opportunities for offshore wind, and more time to resolve the most serious offshore problems.

It is still important to maintain the possibilities for private households, small and medium-sized busi-nesses, energy cooperatives and public utilities and municipalities to act independently. The investment initiative must stay in the hands of the protagonists of the energy turnaround, and must be as decentralized, as citizen-run and as local as possible.

5 The opponents of the energy turnaround are practicing a one-sided cost re-distribution, and on this basis are raising the issue of prices, as well as the social question

The annual costs of the privileges and exemptions for major commercial users and power-intensive industries come to a total of €16 billion.

The power prices for households and SMEs would be 3 to 4 cents per kW cheaper, if these privileges and exemptions were to be reduced to an acceptable level, and if effective price supervision were to force the gains made from lower prices on the power exchange to be passed on.

Deceptive campaigns – “defend the energy turnaround – repeal the EEG!” – have so far not had the desired success. But even the most absurd arguments – “regulate quantities instead of prices” – have not been abandoned.

6 The defenders of the energy turnaround are facing difficult tasks

If we want ecological progress, we will have to provide “freedom from fear” of the turnaround. The protagonists of the energy turnaround are called upon to take the social issue seriously in its full force, and to contribute to defusing it. If they don’t, the alliance for delay may yet succeed.

Regarding the issue of grid expansion, the opponents of the energy turnaround have succeeded in causing confusion. The defenders have no common message.

How the pillars of the EEG – the feed-in priority, long-term cost-covering prices, technological breadth – are to be further developed individually, but also it is systemic context with other structural elements such as the grid, storage facilities, cogeneration and heating, is the question for which convincing answers are needed.

What is needed are more activists who have mastered the “magic pentagon:” societal competence, organizational talent, missionary ambition, communicative power and local acceptance.

A provisional solution: The fixed share of the electricity bill must be increased, and grid connection must be mandatory. The alternative: Tax financing of infrastructures, although this has not proven itself in practice – for shortages in the public budgets have been and will be used to choke off the energy turnaround, as has been shown by the caps on renewable energies in other countries.

Take over the renewable energies branch with regard to social and labor market policy: Fair working conditions and a higher degree of union organization.

In many municipalities and regions, an “energy turnaround from below” has been successful. As this practice has shown, a multidimensional “return on initiative” is possible: 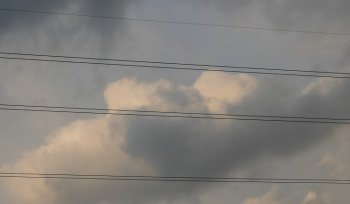 If municipal/regional actors recognize their potential, the transfer of the energy mobilization which has proven itself in practice to other areas of activity is conceivable: transport, housing and other areas of public necessities.

As the quintessence of what is already being practiced at the initiative level, a new type of community will appear on the horizon, democratized by means of citizens’ decision-making and citizens’ control, based on the principle of complete transparency, so that all its activities are visible uncontrollable at any time, and with the authority and capability to act economically, to a much greater extent than is true today.

It is time to view municipalities/communities differently: as investors, designers and powerful actors, committed to their citizenry, and to doing whatever is necessary to enable a life of free self-determination. Instead of acting out of need, as petitioners appealing to the investors, such local communities would become actors, they would take into their own hands what is necessary to ensure a good life for their citizens.