Climate Change and the Great Inaction

For decades now, the world’s governments have met with the stated goal of meeting the challenge of climate change with a global treaty to reduce greenhouse gas emissions. Years of talks have failed to bring about such an agreement. Faced with the enormous political and economic power of the fossil fuel industry, the world’s governments have chosen the path of least resistance: inaction. Despite the science, despite available technology, and despite the moral clarity of the situation, greenhouse gasses continue to rise.

Trade unions have a critical role to play in getting us out of this impasse. We need a global movement demanding immediate and effective action on climate change. As hundreds of thousands of men and women from all walks of life prepare to converge on New York City for the People’s Climate March, it is clear that such a movement is emerging. Workers and their unions can play a decisive role in making this movement diverse, vibrant, and effective, but in order to do so, we need to take stock of how unions have engaged in the politics of climate change—tactically, strategically, and programmatically.

In this Trade Unions for Energy Democracy working paper, Cornell University’s Sean Sweeney provides an overview of the international labor movement’s efforts to shape the proposed global climate treaty. The trade union staff and officials who have engaged in this process deserve praise for fighting the good fight to ensure that workers’ interests are reflected in any agreement, but in the absence of an agreement, these efforts have had little concrete effect. While these activists are among labor’s most important resources in this arena, the wisdom of an approach that focuses on working on the inside of a stalled process has come into question. Many trade unionists have called for mobilization of their members. They argue that outside pressure is what is needed, not inside lobbying. But more than a shift in tactics, what international labor needs is a new program. As Sweeney convincingly argues, It is only through social control of the energy system that unions can work for sustainable economy while protecting workers’ rights, fighting privatization, reversing austerity, and defending public services. 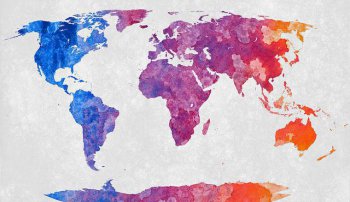