Why the Kyoto Protocol Failed 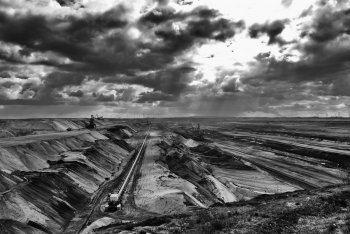 The Kyoto Protocol has strengthened those in power and the existing economic system. Climate change cannot be stopped with market mechanisms.

The Kyoto Protocol, just like the EU Emissions Trading Scheme, has been in force since 2005, and yet the use of fossil fuels, particularly coal, has since increased. Reasons for this include low coal, gas and oil prices – not least due to the ecologically problematic challenges of "unconventional" energy sources such as tar sands or those obtained through fracking.

The idea that Emissions Trading and two other "flexible" Kyoto Mechanisms – the "joint implementation" and "clean development mechanism" – would contribute to attaining climate protection goals was a misconception from the very beginning. During the Kyoto Protocol Negotiations, the EU advocated clear upper limits for emissions, but the USA and Japan prevailed. Incidentally, the main proponents of Emissions Trading were the oil companies BP and Shell.

We shouldn’t forget: at the end of the tough negotiations on the 1997 Kyoto Protocol, Emissions Trading was considered to be an interim solution, which should be replaced from 2020. Now there seem to be no alternatives. This cannot remain the case.

The EU introduced a similar system at the same time. Because too many certificates were issued to businesses, Emissions Trading was not an incentive to invest in low CO2 or CO2 free technology. So the price for a tonne of carbon dioxide had to stay at 20 to 30 Euros. In mid-November 2015 it was just above 8 Euros.

It gets even worse: studies of the year 2012 show that the vast majority of trading using Emissions Certificates was done by financial investors, which are very profit-motivated in terms of trade. They make large profits on trade and re-sale, when there are large fluctuations. And they have no direct interest in a reduction in greenhouse gases. The system is based precisely upon the fact that there aren’t only relatively high prices, but also that they are stable, so that businesses can plan.

With the two other Kyoto Protocol "flexible mechanisms", polluters in industrial countries can buy themselves out of climate protection efforts by investing in other countries in the global North or South. Where developing countries are concerned it is, to put it bluntly, imperial, because projects are often carried out at the expense of the interests of the local population. As a result, opposition has developed in many places. Climate policy researcher Achim Brunnengräber speaks of "modern indulgence trade", where rich and powerful businesses in the North continue to pollute, while often supporting projects elsewhere – often questionable ones.

The latest craze in international climate policy, "Intended Nationally Determined Contributions" (INDC, we will all know the term after the mid-December summit in Paris) is a new round of non-binding voluntary action. We can all see what "voluntary" means with the current VW scandal.

Politically, it must not always be about trading upper limits, but rather about bringing destructive production methods to an end. Therefore: Emissions Trading and the other "flexible mechanisms" with their neoliberal logic codify the economic system based on fossil (and nuclear) fuels. Alternatives are blocked. So long as there are climate policy mechanisms that are flexible and ostensibly in line with the market, one thing is for certain: the power of mining companies, energy and industrial companies, and the governments that support them.

A fundamental regeneration of the energy industry and the economy should not be subjected to the interests of powerful actors in the marketplace. The real successes in energy policy and in tackling climate change such as the Renewable Energy Act have been implemented despite initial resistance from industry.

The imminent movement away from coal in Germany necessitates political debate. That is why the critical debates and local opposition to fracking initiatives or the construction of coal power plants are important. The "Ende-Gelände" (end of the road) movement in favour of moving away from coal is now competing with the legitimate legacy of the Anti-Nuclear Movement. And there are lots of initiatives that are already living with other models of prosperity: without automobiles, clothing made from animal skin, industrial agriculture, and others.

It is about the fundamental construction of production and ways of life, a socio-ecological transformation. The specific entry-point of left-wing politics is the idea that this should not rest upon the shoulders of the weak, but rather that sociological and economic issues should be conceptualised alongside issues of power and property.

Internationally, this means that medium-term alternatives should be offered to countries with economies based upon the extraction and sale of oil, gas, and coal. It is also about an ecological and united global economy. One of the central weakness of die Linke (the Left Party) is that they have not developed any wide-ranging and effective suggestions at present.

Climate Change and the Great Inaction