Since the Climate Summit COP21 in Paris in 2015, the Rosa-Luxemburg-Stiftung Brussels, the Delegation DIE LINKE in the European Parliament and transform! Europe have been working together with trade unionists, environmental activists and politicians, in order to promote the European debate on the phasing-out of fossil energy generation and on the socio-ecological transformation. Now it is high time to win political majorities for this concern. On December 4, 2017, the third conference on "Just Transition" took place in Brussels.

The disappointing results of the climate summit COP23 in Bonn show that the EU member states urgently need to make more efforts to promote the expansion of renewable energies and decarbonise their economies, otherwise the desired two-degree target cannot be achieved. The deep social crisis in the EU, with persistently high unemployment, shrinking domestic demand and declining public investment, is a second reason why we urgently need investment programs for sustainable economic development and good job creation.

We invited politicians from different coal regions in Spain, Poland and Germany as well as trade unionists and climate activists to discuss the following issues together:

The results of the international climate conference COP23 show that the political elites obviously have no interest in pushing the socio-ecological transformation - COP23 is considered the conference of the "triple steps", where only lax rules for the review of the national climate protection plans were agreed. All the more important are the trade unions as partners who have taken up the demands for a just transition in some Member States. Julien Rivoire of the French union FSU reports about the new campaign for "Climate Jobs" in France since 2017, which, unfortunately, has not yet been able to gain the support of the big trade unions from the energy sector. Nevertheless, this campaign already has political clout, as environmental organizations as well as trade unions and social NGOs are part of the campaign.

Sam Mason of the British union PCS pointed out that in 2006 her union had already vowed to fight climate change actively, as was the case recently in the resolution of autumn 2017. PCS supports the campaign "One million climate jobs" (one million jobs in the area of "tackling climate change"), stressing that it is not just about replacing existing jobs, but also about creating new jobs. For example it is proposed to create a "national climate service" (similar to state health care), which, as a public institution, coordinates activities to combat climate change (see publication Just Transition and Energy Democracy). However, "climate jobs" must be part of an industrialization strategy to create low-carbon jobs - such as the de-carbonization of the steel industry, which will undoubtedly continue to be needed for the construction of wind turbines and railways.

Benjamin Denis of the European Trade Union Confederation ETUC also emphasized that a just transition without re-industrialization cannot succeed, because the transition simply needs an industrial base. Care must be taken to ensure that the new jobs to be created meet the requirements of "good work", with a corresponding remuneration, and a secure employee participation by works councils and unions.

One key issue is the question of funding: both Julien Rivoire and Benjamin Denis point out that fiscal policies in the Member States need to be redesigned to make the necessary financial resources available - tax avoidance and tax evasion must be tackled effectively (see Paradise Papers).

Peter Singer of the Regional Council of Cologne called yet another source of funding for the just transition: a "fund for perpetual burdens" (Fonds für Ewigkeitslasten), funded by RWE, could remedy this, because although the follow-up costs of coal mining would actually have to be borne by RWE, no money is put back by RWE, rather, booking tricks are used. Singer also emphasizes that, of course, government funding is required to maintain knowledge in the region (see University of Aachen, see Forschungszentrum Jülich).

Aleksandra Tomaczak from the European Commission poured water into the wine and made it clear that there would be no additional funds available for a fair transition in either the current or the future EU budget.

Frederik Moch of the DGB emphasized that the EU's next multiannual financial framework must include more resources to promote fair transition, which will allow funds to be withdrawn from the planned Defense Union and the Juncker Fund (EFSI). He referred to the Marshall Plan for Europe of the DGB and ETUC, which calls for 260 billion euros per year in public investment, of which 150 billion euros per year for renewable energy and electricity storage.

There is disagreement over how much money from the European Emissions Trading Scheme can be used to finance the just transition: since this emissions trading scheme is a market-based instrument, and at the same time a "fig leaf" and simply ineffective at the moment due to low CO2 prices, Molly Walsh of Friends of the Earth Europe argued, no money should be taken from the ETS for the just transition.

Necessary rethinking in the unions of extractive industries

In the further course, the role of the unions was discussed controversially: on the one hand Frederik Moch of the DGB referred to the progressive investment plan "A Marshall Plan for Europe" of the DGB, which wants to promote the socio-ecological transition, on the other hand, Piotr Janiszewski of the RLS Warsaw emphasized that In Poland, the exit from coal is viewed critically not only by the government, but also partly by the unions - it is necessary to involve the trade unions and the local level in order to discuss possible ways of financing the just transition.

Limited solutions at the level of urban communities

Best practice on just transition is given by mayor of the city of Berkeley, California, Jesse Arreguin, with some concrete examples: as early as 2009, the city passed one of the first climate plans in the United States, setting concrete targets for renewable energy, reducing greenhouse gas emissions, measures in the transport sector and energy efficiency measures on buildings. The use of photovoltaic on roofs is promoted, as well as the expansion of the infrastructure for cycling. Especially in times of Trump, who has withdrawn from the Paris Climate Agreement, it is important that communities and regions stand together and strengthen their efforts in climate protection (see Network Climate Mayors in the US).

Yasmina Sanchez from Barcelona refers to the Spanish movement "Mayors for Change", which campaigns for municipal energy generation, combating energy poverty, combating air pollution and involving citizens in decision-making at the local level. Their Foundation Fundació l'Alternativa has published a guidebook for local authorities explaining what laws increase the scope of action for the municipality.

Molly Walsh pointed out that the very existence of energy cooperatives is not yet a guarantee that energy production is in the hands of the public - in some cases, large companies have bought into cooperatives, de facto destroying them. She also emphasizes that at the moment we can only act at the local level and create good examples, as the national and European levels are too politically under the influence of the lobby for fossil fuels. Walsh cites as a positive example the project "Brixton Energy Solar 1" in the city of Brixton, the first inner-city energy cooperative in the UK that has installed photovoltaic in social housing and is using it to fight energy poverty.

Greenpeace Greece's Takis Grigoriou reports on the project "social solar", in which tenants of social housing are supported in order to take the step into own power generation. For this purpose, PV systems on public buildings are combined by so-called "virtual net metering" and allow the tenants to use this electricity themselves, even though the PV system is not located on the roof of their residential building.

Xabier Benito Ziluaga of PODEMOS warns that the national contributions from the Paris Climate Agreement are not enough to reach the two-degree target - rather a warming of the climate threatens by at least three degrees. The "Powering Past Coal Alliance" initiative, which was launched at the COP23 summit by more than 20 states, is a positive one. However, it would not be enough to push ahead with the coal phase-out – but, with the involvement of the employees, an industrialization strategy must be developed to create jobs above all, not just remain in the continuing education of employees (see publication on progressive industrial policy). Greenpeace's Virag Kaufer points out that the "Powering Past Coal Alliance" at the COP23 summit was mainly driven by states that do not rely on coal-fired power but, problematically, on gas and oil as energy sources. Steffen Kühne of the RLS refers to Naomi Klein and emphasized that the climate crisis may be an opportunity for all to change our patterns of production and consumption, but this opportunity is currently being squandered by the world community. In order to make an important step forward here, trade unions must be partnered and a solid financing of the just transition is needed, not leaving out the states of the Global South. Here, the developed countries support an effective "loss and damage mechanism" in favor of the global South with financial resources (Publication Loss and Damage and Video).

In the concluding discussion, both Cornelia Ernst and other participants pointed to the danger of a shift to the right when the feeling of "being hung up" increases among people living in structurally weak regions. This applies not only to the Lusatia in Germany, but can also be observed in the so-called Trump states of the former "rust belt" in the USA, but also, for example among employees in the German automotive sector, who currently have well-paid jobs, but feel insecure. 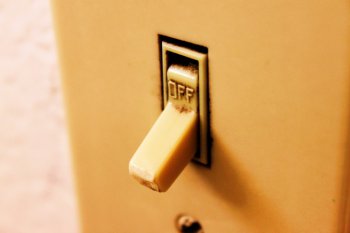 Energy as a basic social right