Call for Tenders: Authors for the 2019 European Parliament election

The Rosa-Luxemburg-Stiftung is a German political foundation that is active in Germany and abroad. Its work is based on the ideas and actions of its namesake, the socialist activist Rosa Luxemburg. We work to promote peace, democracy, social justice and democratic socialism.

The Rosa-Luxemburg-Stiftung, Brussels Office is seeking authors for a collection of texts on this year's European Parliament election. The aim is to give an overview of the political situation in selected EU Member States, with particular reference to European policy, and to present the positions and strategies of left-wing actors as well as the key political challenges facing these countries. The texts should be descriptive in nature, with a particular focus on the European left.

An initial text describing the situation in the country in the run-up to the election will be followed by an analysis of the election and the political outlook after the election. The intention is to publish texts by a range of authors covering a total of ten EU Member States. This call concerns articles for the Czech Republic, Denmark, France, Greece, Hungary, Slovenia and Spain.

Please send your comprehensive CV specifying how you meet the profile criteria by email in German or English by 11 February 2019, 13:00 (CET) by e-mail to: 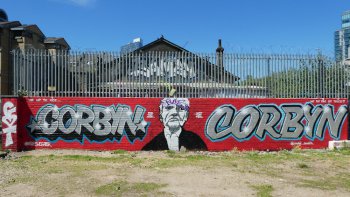