Country and election analyses for the 2019 European elections 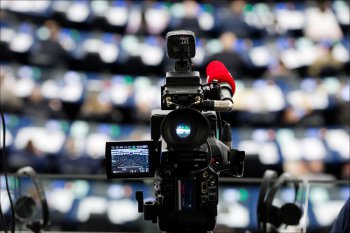 The 2019 European elections will take place in rather unsettling times for the European Union. With the fallout from the euro crisis far from over, the Union looks on anxiously as the next cycle of crisis approaches. Moreover, one consequence of the euro crisis is that it exacerbated a serious crisis of legitimacy for the system of representative democracy in the European Union and EU Member States. Extreme right-wing and right-wing populist forces are growing stronger everywhere. In many countries they are already participating in governments, and in some they are even leading them. Meanwhile, social inequality in the EU is steadily increasing, and economic disparities between Member States are raising fundamental economic and monetary policy issues. Usually, proposals in favour of the comprehensive or even partial reform of the European Union are frostily rejected by the federal German government in Berlin.

However, at the very latest since the Greek crisis, tentative steps appear to have been taken towards a pan-European openness and debate regarding this issue. Even national elections are now gaining far closer attention in other EU countries, and in view of the ongoing crises the debates held there are starting to cross-reference each other a bit more. The signs pointing towards pan-European forms of organisation are equally tentative.

In some European countries, the fundamental crisis of political legitimacy has shaken up the traditional party system; in others the old system has already collapsed. The most recent example of this, and probably the most enduring change, is the one observed in France. There, the traditional party system has been temporarily replaced by a populist triumvirate of right-wing populists, the president's party and the populist party La France Insoumise (Unbowed France (LFI)). The significant changes in the party systems in many Member States will also be reflected in the new composition of the European Parliament. It is still far from clear where the dangerous rise of right-wing parties in Europe will lead. Will it jeopardise the very existence of the European Union? Will it threaten to undermine democracy in the Member States and the EU? The answer to both questions is probably yes.

When we look at the European elections, we primarily see opportunities for new progressive political approaches, steps towards a genuine – and necessary – reform of the EU and its institutions. But even in this context, the development of extreme right-wing and authoritarian forces in the Union is a focus of great interest.

So the 2019 European elections also mark an escalation of the same political clash between three camps that is also being fought out to differing extents in most EU Member States. The neo-liberal model of a rigid austerity policy and neo-mercantilism has come up against its economic and political limits. Today, this neo-liberal status quo is most effectively and vociferously being attacked by extreme right-wing and right-wing populist parties. The gains these parties make in the newly elected European Parliament will document the depressing rising significance of these political forces. There is a serious danger of these reactionary political forces grabbing the helm from the more neo-liberal elites.

The third pole in this scenario comprises left-wing social democratic forces, which do not always agree with each other at the European level and do not always take a very resolute stand. This is all the more regrettable because ultimately only a visibly mainstream alternative social, democratic and environmental agenda can serve as a promising alternative concept to the neo-liberal status quo or right-wing populist attack on the fundamental social and democratic values of the EU and its Member States. Yet the image of the political Left is contradictory. In recent years a number of notable successes have been scored nationally, namely in Spain, Greece and Portugal. Nordic left-wing parties are stable and constitute fairly successful, politically effective forces.

In some European countries, new left-wing parties have emerged and grown, or existing parties are reinventing themselves and have achieved noteworthy election successes, the Workers' Party of Belgium (PTB/PVDA) being one example. Consequently, at the respective national – and also regional and local levels – we are seeing a perfectly vigorous, diverse, creative and self-confident Left in Europe. If the same self-confidence, creativity and doggedness could be more efficiently transferred to EU level, this third pole could play an important – and maybe even decisive – role in countering the threat posed by the Far Right as well as in the much-needed reform of the European Union.

Europe's fate is in our hands

Given the current situation, it is probably no exaggeration to assume that the 2019 European elections will determine the destiny of the European Union. If, during its next legislative term, Parliament fails to substantially reform the EU, finally turn around the political agenda, free the European economy from the iron cage of neo-liberal austerity and democratise the Union, it seems highly unlikely that a second chance will arise, in which case the EU's very existence as an economic and political union will come into question. Unlike in some previous European elections, the alternatives – represented by the three poles described above – are abundantly clear. Will the status quo, which could potentially tear the EU apart and cause the euro to fail, persist? Or will the agenda in years to come be determined by right-wing, authoritarian, nationalist and xenophobic forces instead? Alternatively, will an alliance of progressive forces succeed in forcing through fundamental change and reform in the EU and imposing a social, environmental, democratic agenda? There are good, if not compelling, reasons to heed the warning signs. Many people assumed that a Trump presidency was inconceivable, and many others believed that a Brexit referendum would never result in victory for the Leave campaign, but today it is clear that the outcome of the European elections will have consequences for the EU, the Member States and the citizens of the European Union.

The analysis of the European elections is invariably also a matter of perspective. In many Member States, national and European issues overlap. Some countries share the same core issues, others face different, very specific conflicts, Spain definitely being a prime example of this. The 2019 European elections will coincide with nationwide local elections and elections to 12 regional parliaments, and will also be taking place about four weeks after the snap general election in Spain. How strongly the extreme right-wing Vox party performs there will be of particular interest following its latest success in the regional elections in Andalusia. Meanwhile, the left-wing Podemos party recently showed a tendency towards divisions in both the local and regional elections. This, too, will have to be closely monitored.

There will be no shortage of election analyses. But we do not want to only get going after the elections or merely write from the perspective of any single country. Our pre-election country analyses and critical post-election observations will monitor the political developments across Europe from a decidedly leftist viewpoint.

A whole range of countries merit especially close attention. Spain, France and Germany should – indeed, must – definitely be taken into account. Meanwhile, Italy's right-wing government is proving fiercely critical of the policies being implemented in Brussels and occasionally of the EU itself, while the country's traditional party system no longer even exists. Italy also seems particularly interesting in connection with the European elections. Hungary, led by Prime Minister Viktor Orbán, is one of the most important and caustic countries within the Visegrad Group. And his Fidesz party, which is still a member of the European People's Party (EPP), is one of the pioneers of the New Right in Europe. Other countries to be monitored include Belgium, where a general election will coincide with the European elections, Slovenia, where the young Levica party is of special interest to us, and Denmark, another country with a strong extreme right-wing party.

We will start publishing pre-election analyses here on 15 April and also intend to assess the election results the day after European voters go to the ballot.

Of course, election results are one thing, the formation of political groups in the European Parliament is quite another. Today, there remains great uncertainty about this, too, and we will certainly attentively follow and closely document these processes.