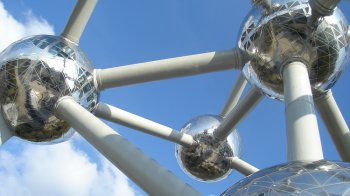 As a small and compromise-based country, Belgium has always played a central role in the history of the European Union. Never has membership been questioned, never have there been harsh criticisms on its policies. This may now be changing, as a consequence of right-wing populism and left-wing activism. It still does not mean however that European politics and European elections have any meaningful place in today’s political discourse and debates. The direct reason is very simple: on the 26th of May Belgium will also have national and regional elections. These are perceived as being much more important for the immediate future of the country. It is impossible to speak about the political situation in Belgium without a brief explanation on its complex institutional set-up.

Belgium has three ‘communities’ and three ‘regions’ though their borders do not coincide. Communities are culture-based: Dutch, French or German speaking. Regions are based on a territorial division: Flanders, Wallonia and Brussels Capital region. Each entity has its own legislative and executive powers, though on the Flemish side, governments and parliaments of community and region have merged. It still leads to a total of six governments and six parliaments, which is not only a recipe for multiple conflicts and power games, but also a hard nut to crack when representatives for Council of Minister meetings have to be decided on or when European treaties have to be ratified.

There are strict rules for the linguistic representation and decision-making in communities and regions, but not for parallel coalition-making, meaning a political party can be in power in one region or community, but not in another or at the federal level. Add to this the divergent political and sociological situations in both major parts of the country, North and South, and some of the complexities of governance may start to be understood.

Voting is obligatory in Belgium, which means participation rates are usually very high (89.64% at the European elections of 2014). European elections are organised with separate lists in each of the three communities. Belgium has 21 members in the European Parliament, 12 for Flanders, 8 for Wallonia and 1 for the German-speaking community. Brexit does/will not change this composition.

The political, economic and social situation

After the federal elections of 2014, a coalition government was formed with liberals (MR) on the French-speaking side, and nationalists (N-VA), Christian-democrats (CD&V) and liberals (Open VLD) on the Flemish side. The federal government lost its majority in October 2018, when the nationalists left because of the UN-drafted migration pact that was to be adopted in Marrakesh.

In the French-speaking community and in the region a government was made with social-democrats (PS) and Christian-democrats (CDH). PS was expelled in 2017 from the regional government, after some financial scandals and replaced by the liberals (MR). This government recently also lost its majority.

Traditionally, the two major power parties are the social-democrats in Wallonia and the Christian-democrats in Flanders. This has now changed in Flanders with Flemish nationalists taking over as major party in the center and radical left-wing PTB threatening the power bastions in Wallonia. These changes are more than just shifts in power and deepening the ideological gap between Flanders and Wallonia. They may also influence how the country is looking at ‘Europe’ in the future since both these parties are more Euro-sceptic.

Economically, the current governments have clearly been following the neoliberal options with austerity, shifts in social spending from traditional welfare state policies (unemployment insurance, pensions …) to more and more privatised and subsidized care and deregulated labour markets with flexi-jobs. Important to note is the fact that the Flemish nationalist party has temporarily ‘buried’ its ‘communitarian’ demands (State reform and more autonomy or even independence for Flanders) and replaced it with social-economic neoliberalism as well as the conquest of dominant positions in political, economic, social and cultural life.

Economic growth in 2018 was limited to 1.4% and is expected to slow down in the coming years. Official ‘at risk of poverty’ statistics show 15.9% for Belgium, though only 9.8% for Flanders. Unemployment is 7.1% in Belgium, though 4.4% in Flanders, 9.8% in Wallonia and 15% in Brussels. Compared to other European countries, Belgium still has a rather good social protection system, thanks to its strong and institutionalised trade unions. The Gini coefficient for income inequality stands at 0.25, one of the best in Europe and the world.

Nevertheless, social protest has been growing in the past years. Many sectoral strikes have been organised and in February 2019 a national general strike paralysed the country. Demands concern the rising cost of living, cuts in the indexation of wages, reforms in pensions and unemployment insurance. Since autumn 2018 young people organise successful weekly demo’s (‘school strikes’) for the climate. These protests allowed for shifting the central issue for the elections from migration to environmental and social issues.

As has been said before, the European elections receive little interest till now, because they will be simultaneous with federal and regional elections.

This table gives the distribution of seats after the elections of 2014 and the result of the most recent opinion poll in 2019.

The main challenge will be the development of the extreme-right and nationalist votes in Flanders. N-VA having somewhat abandoned its ‘Flemish’ agenda, many voters may go back to the far right ‘Vlaams Belang’.

With all attention focused on climate these past months, it is expected that Greens may win an extra seat.
The other question is how strong the regression of the social-democrats will be. On the radical left, PTB/PVDA has been trying to open up, with more positive results in Wallonia and Brussels than in Flanders. The party now has two French-speaking federal deputies, two in Wallonia and four in Brussels. They made quite some progress during the local elections of October 2018 and even entered a coalition with social-democrats in one municipality in Flanders. While in Flemish provinces such as Antwerp and East-Flanders their results remain modest (4,5 and 3.2% respectively) in the French-speaking provinces of Hainaut and Liège they reached 11.91 and 13.4% respectively.

PTB/PVDA can be counted with the radical euro-sceptics, presenting itself as Marxist and socialist, ‘consistently left-wing’. However, the programme for the European elections for 2019 is surprisingly concrete and realistic. It does start with a populist demand for halving wages of Commissioners and members of parliament, it continues to promote a withdrawal from the fiscal pact and promotes ‘progressive disobedience’ towards the Treaty of Lisbon, but it has around 80 pages of concrete proposals for European policies, geared towards social progress, strong public services, a social non-regression clause, a ‘future fund’ for investments, a solidarity fund for fighting unemployment, a European minimum wage, etc. It does not break with the European institutions nor with the Euro. It acknowledges the need to organise social and environmental struggles at the European level.

As in other European countries, social-democrats are falling back. In Wallonia and Brussels they have been faced with corruption scandals and inter-personal competition. At city-level, they have several excellent examples of what a modern social-democratic party can mean for citizens, but their long-term dominant position in the region has eroded their legitimacy and credibility. In Wallonia, the list for the European elections will be led by Paul Magnette, known for his resistance to the free-trade agreement with Canada (CETA)). However, he announced he will remain mayor of Charleroi and not take his seat in Strassbourg.

In Flanders, social-democrats are now very weak and were not able to develop a coherent and strong project in spite of a rather good programme for the European elections. While their coalition with the Greens was upheld in the city of Ghent, it broke in Antwerp where they finally entered a coalition with the Flemish nationalists. Many voters were shocked and may now turn to the radical left-wing PVDA.

As for the Greens, the question remains whether they can be counted with the left. They now do accept that climate justice requires social justice, but their programmes are rather weak on social protection and several of their Flemish representatives declare they prefer the liberals as coalition partners. In several municipalities they entered coalitions with Flemish nationalists.

Two more movements have to be mentioned before closing this overview of progressive political parties in Belgium.

‘VEGA’ (Vert-Gauche or green/left) and ‘Mouvement de Gauche’ (Left Movement) merged in 2017 and formed the ecosocialist ‘Mouvement Demain’ (Movement Tomorrow). It is a member of the European Left Party and will contest regional elections in Liège. It does not take part in the European elections.
‘DIEM25’, the movement inspired by Greek ex-minister of Finances Yanis Varoufakis created ‘European Spring’ and planned to take part in the European elections in Belgium. However, due to the very burdensome rules (5000 signatures in both major communities or 5 signatures of incumbent federal deputies) it will not be able to do so. Its European programme was launched in Brussels end of March, with its candidates in several other European countries. It takes a very critical stance towards the existing European Union but starts its programme with a whole series of constructive measures that can be taken even before any treaty change.

In spite of serious social and economic difficulties and a real and concrete effort to promote a social and ecological approach, it does not look as if the European elections will bring major changes even if a move to the far right and the radical left may have political consequences. Fear exists the electorate might move farther to the right. Greens may benefit from the climate mobilisations. The radical left may enter the European Parliament for the very first time. Officially, the election campaign has not started yet and several lists still have to be finalised. And as we know from the past, voters often vote differently for European than for national lists, thinking it is less important. 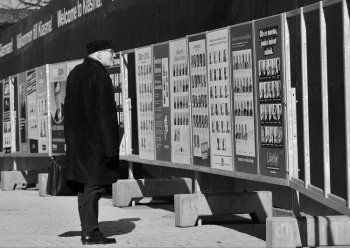 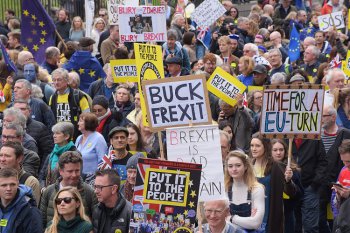 Britain after Brexit-Day. We are still here.