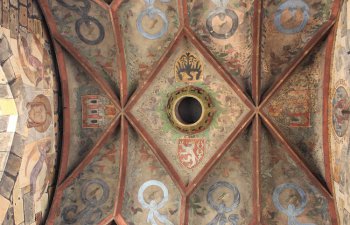 To understand the situation of the Czech Left at the end of the second decade of the 21st century, it is necessary to briefly outline the post-communist development of the Czech Republic. In terms of left-wing politics, the situation in Czechoslovakia (from 1 January 1993 onwards, the independent Czech Republic) was somewhat atypical compared to other ex-Soviet bloc countries. Unlike Poland, Hungary or the eastern part of the united Germany, there was no transformation of the Communist Party into a social-democratic party. Social democracy, partly due to its continuous existence in exile, has been restored as a separate party. A large part of the membership base of the Communist Party resisted attempts of internal reform in the direction of democratic socialism, and the party, after a short period of reformist leadership, preferred stagnation, for which its electorate gave it stable election results. The only change was the name, when the original Communist Party of Czechoslovakia (Komunistická strana Československa, KSČ) became Communist Party of Bohemia and Moravia (Komunistická strana Čech a Moravy, KSČM). Despite its electoral successes (until 2017, the KSČM never received less than 10% of the vote and remained the third strongest party for the greater part of the period after 1989) remained on the periphery of Czech politics, because all other political forces in the country refused to cooperate with the heirs of communist dictatorship. The ČSSD, as the only other left-wing party, adopted the so-called Bohumín resolution in 1995, by which it banned cooperation with the KSČM. It was the renewed social democracy (Česká strana sociálně demokratická, ČSSD), which became the main left-wing force in the Czech Republic. However, despite the ban on cooperation with the KSCM, it had to cope with the hegemony of anti-communism that rejected not only communism itself, but also all forms of left-wing politics in the spirit of Hayek's Road to Serfdom, that every step to regulate the economy is also a step towards the Gulag. The left was under constant pressure, blamed to be the force of the past, harbinger of the grim legacy of communist totalitarianism. Only with the coming of the recession in the second half of the nineties, which was accompanied by a series of corruption scandals that led to the fall of the government of Václav Klaus, there rose a chance for the government of social democracy. While ČSSD won the election in 1998, because of the anti-communist hegemony that dominated the political scene, it was unable to form a government coalition. The result was a paradoxical situation, when the ČSSD minority government was supported by the largest opposition party, the right-wing ODS. The Social Democrats also won the following elections in 2002 and then ruled in a standard coalition government with right centre parties until 2006. In Preface to the 2014 edition of seminal work One Hundred Years of Socialism Donald Sassoon states the continued decline of socialist and social democratic parties (Donald Sassoon, One hundred years of socialism: the West European Left in the twentieth century, London 2010.) At that time, the Czech Social Democrats were precise illustration of this statement. After seven years of right-wing government carried by the post-2008 crisis austerity wave, they succeeded in the 2013 elections as shows Table 1. However, only closely and in the atmosphere of the continued exclusion of communists from political combinatorics, there were only limited options to form a government. The ČSSD finally chose coalition with Christian democrats (KDU-ČSL) and a populist movement of billionaire Andrej Babiš, in which its chairman Bohuslav Sobotka took the post of prime minister. The rule with Babiš’s ANO became fatal for the ČSSD.

Babiš, the second richest man in the Czech Republic, succeeded with the motto „to manage state as a company“ and based his public image on anti-established political parties rhetoric. His movement, which is the business-firm party, that he manages as the only investor, attracted several strong individuals at the beginning. These included actor and diplomat Martin Stropnický, former rector of Masaryk University Jiří Zlatuška or lawyer Robert Pelikán, but most of them have now left ANO. The original political profile of ANO was rather a right-wing alternative to ODS, at that time internally decomposed, and full of corruption and clientelism. Babiš benefited from image of a successful entrepreneur, who does not need politics to live from it. It was not prevented even by the fact that he was a member of the Communist Party in years 1980-1989 and even accused by Slovakian historians of working with the StB, secret police in communist’s ruled Czechoslovakia.

During the electoral term, Babiš as Finance Minister was able to present most of government successes to voters as his own merit, but all the failures he blamed on ČSSD. Turbulent co-operation was in the shadow of the upcoming elections for much of its second half. Babiš's ANO was able to collect many dissatisfied voters of the right in 2013, but became clear within its government's engagement that the movement was more and more focused on left-wing voters. The return of the ODS, cleared of clientelism, as a traditional and trustworthy right-wing party, together with Babiš's own corruption case, turned the right-wing voters away from him. This change was also influenced by the so-called refugee crisis in 2015. The wave of paranoia, often exploited by xenophobic populist movements, has become a determinant of the constitution of cleavage in the Czech Republic for some time. Government parties alternated zigzagging towards the European Union with populist, anti-immigrant rhetoric towards voters. This was also the case for the left. Social democracy feared that their voters would be discouraged by pro-European politics, the Communists increasingly gravitate to a national chauvinist position. The result of ruling with the Babiš‘s movement ANO proved to be devastating to the ČSSD. As the elections in 2017 showed, ANO was successful in drain the electoral base for both left-wing parties.

The elections in 2017 rewrote the political map of the Czech Republic, as shown in Table 2. The main result was the fragmentation of the political scene, when nine parties and movements passed over the 5 % threshold. Another significant result was a literal decimation of the left. ANO won with a big lead over the right-wing ODS, with both left-wing parties together gaining only 15 % of the vote. Pirates, party with mixed and unclear ideo-political profile, and the new far-right project of the Czech-Japanese entrepreneur Tomio Okamura SPD also succeeded.

Right-wing parties in new Chamber of Deputies declared, that they would not cooperate under any circumstances with Babiš, who was prosecuted in the case of misuse of European subsidies and defiled by cooperation with the StB before 1989. The post-election situation was very complicated. The possibility of forming a government with the Communists and the far-right SPD would be discredited ANO in the eyes of European partners. The solution was once again the government ANO with the ČSSD, the Social Democrats this time in the role of weaker partners, supported by the Communists. However, despite its political importance, the KSČM gained the smallest number of votes for its existence. Social democracy ended up as a weak partner in a government with a movement that drained most of its own voters and which, like the Polish PiS, was better able to fulfill the social dimension of governance than constituted sense of left-wing parties.

Voter turnout in European elections is declining across the EU. The first elections in 1979 were attended by 61.99 % of voters, the last one in 2014 only 42.61 %. Reasons for decline of interest is usually the feeling of the democratic deficit of the EU and the distance of the European Parliament to ordinary people. To a certain extent, the European elections mobilize easily convinced advocates of European integration and its convinced opponents. Thus, paradoxically, parties on the periphery of politics with the most extreme views can often benefit most from elections to the European Parliament. Thanks to the proportional representation rule, the parties that are disadvantaged by the local electoral system in elections to national legislative bodies, can succeed in their run for European parliament. It is a paradox that parties with a negative attitude towards the EU can achieve their best results in European elections (see Table 3).

However, this is only true in the Czech Republic to a limited extent. Although the Eurosceptic Petr Mach and his neoliberal Free Party (Svobodní) made their best outcome in 2014 European elections with 5.24 % and one mandate, a result that they had never been able to repeat in the Czech Parliament elections before or after. On the other hand, Okamura's project Dawn (Úsvit) was not successful at all and neither the results of the Eurosceptic parties on both sides of the spectrum (ODS and KSČM) can’t be compared with the success of UKIP or Front National. This is partly effect of electoral system, where the whole Czech Republic is the only electoral district where 21 mandates are split, and European elections follows the current preferences to the national parliament. Most of Czech voters considers European elections as second-order elections. In 2014, the Czech Republic had the second lowest participation with 18.2 % and only Slovakia was worse off. The fact that both parts of the former federal state are deep below the European average, indicates level of the distance, and even apathy is felt by Czech citizens towards the EU.

Left and its absence

Because of low voters outcome, the parties are not willing to concentrate on European elections organizational and financial means. At the beginning of April, it is still not visible in the streets of the Czech Republic that there should be any elections soon. As expected, the billionaire Babiš is willing to spend most money campaign, approximately CZK 30 milion (€ 1,200,000). According to the published figures, the two left-wing parties intend to invest CZK 8 million (€ 320,000) each.

European themes are usually not reflected in Czech politics or political marketing. Social democracy is part of the S&D in the European Parliament, Communists are in the GUE / NGL, but neither of them do not present much of their faction's role in the EP to Czech public. The ČSSD European elections website contains three weeks before the elections basically only information about the candidate. Surprisingly, eurosceptical KSČM have its electoral web fulfilled with the information about activities of its candidates. In the Czech environment, the issues of European elections are generally more about an advocacy of national interests than an attempt to grasp European issues. Attitude of the left-wing parties towards EU, which has been accentuated by the so-called refugee crisis, is primarily the defense of “national interests” rather than participation in the European project. For ČSSD, inequal food quality standards in the new and old EU countries has become such a major topic, and its success in addressing this issue is also being sought in the campaign.

KSČM is for election in coalition with several other left-wing parties, but none of them is even visible on the Czech political scene. Thanks to this, however, it has come up with a significantly younger set of candidates, a significant innovation for the party with the highest age average. On the one hand, in its seventy-point program, it emphasizes both classical social requirements and ecological issues, and talks about the need for the EU to guarantee the balancing of inequalities; on the other hand, the program insist on importance of national level. On April 3 Social Democrats have not published any European elections program yet. According to most surveys, both parties aspire to approximately 8-10 % of the vote and 2 mandates, while dragging on the same electorate, the absence of a visible ČSSD campaign is another sign of its decline. 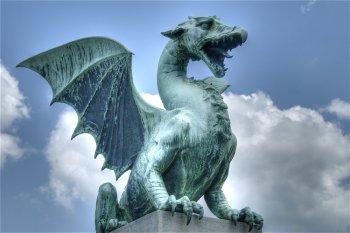 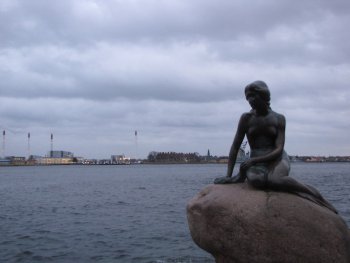 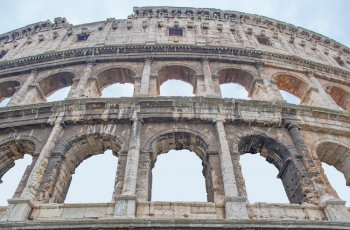