2019 European Parliament Elections and the Czech Left – Campaigns and Aftermath 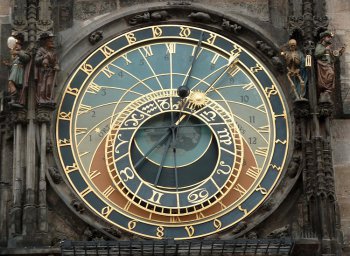 According to a survey by Ipsos MORI, although four out of five Czechs are interested in environmental issues such as the sustainability of agriculture, nature conservation and emission reduction, the most fundamental issue of European elections for 86% of Czech voters is terrorism. This is paradoxical outcome for a country where no terrorist attack has taken place, and where only few dozens of people have applied for asylum during the peak of the so-called refugee crisis. But precisely this paradox largely determines the nature of electoral topics and the campaigns that run the candidates. The European Union, refugee quotas, migration and terrorism on the Czech political scene have been resonating since 2015. The marginal movements, often with only few members see it as a pathway to power, money or both, and hopes to repeat the success of the political businessman on the far-right, Tomio Okamura. Of the thirty-nine parties and movements that candidate for the European Parliament in the Czech Republic in 2019, much is behind the visible political struggles. Most of these political oddballs, often in various ad hoc alliances, may not even count on success, and the campaign is merely an opportunity for them to make themselves perceivable and get a free media space otherwise unavailable to them. This is evident from the fact, that in one of the last surveys none of the non-parliamentary parties exceeds 5% threshold.

Nationalist defendership is the most obvious and common topic of this year's European Parliament elections in the Czech Republic. Not only does a significant number of parties and movements run solely with the slogans of defence of Czech interests, which are “necessarily” different from those of the EU as a whole, many are even trying to make promises of leaving the EU. Not only the mentioned political outsiders play this note, but as well did the Free Party (Svobodní), who in the elections in 2014 managed to send one of their representatives to the European Parliament. But this topic is not solely the property of the margins of the political spectrum. With its own defence, the ANO movement, led by the Prime Minister and billionaire Andrej Babiš, also went into the elections. Babiš goes to the European elections with the slogan “We will protect the Czech Republic, hard and uncompromising.” His opposition to the European Union is a combination of personal motivation, because Babiš is being investigated for suspicion of misuse of European subsidies, with populism, which puts security and protection of European borders at the centre of Czech political agenda.

Clearly pro-European orientation is in this year's elections connected only with the right-centre parties, which are relying on the voices of richer and more educated voters from the big cities. Proliferation of political projects on the far right, which is result of its internal fragmentation and the inability to connect power-hungry leaders into one whole, has its mirror image in the “stability” (i.e. stagnation) on the left. It remains represented not only on parliamentary grounds, but also on the European election lists by only two parties: Social Democrats (ČSSD), and Communists (KSČM), candidate with the coalition of left-wing parties and movements.

The slogan of the KSČM for European elections is “Let's not let it go”. The presentation of the Communists is between defence, which also supports the motto itself, and the effort to create a critical left-wing European agenda. KSČM goes to the elections together with several left-wing movements, and this shift is probably a result of this coalition and the strong participation of young candidates. Andrej Bóna, a 23-year-old member of the Party of Democratic Socialism, is number two on candidate list, a 31-year-old Arťom Korjagin, a member of the KSČM, is number three. As I wrote in the first text, KSČMs 70-point program linked agendas that were difficult to combine, and it did not even aspire to try to explain how could it work together. In the campaign, however, it was clearer what strategy the KSČM chose. By launching the election site www.nenechmetotak.cz, the program priorities were also clarified. At the same time, it is urgent to note that the web is more focused on the younger voters, who are interested in the pan-European agenda, the campaign in the streets and in TV spots aimed for traditional communist voters who are rather generally anti-European. Thirteen themes of 70-point program are marked and elaborate as program priorities: 1. the dual quality of goods, 2. the rejection of the euro until the EU's economic decision-making is democratized, 3. the democratization of the EU and the reduction of the democratic deficit, inter alia, by increasing the powers of the European Parliament, 4. the end of tax havens in Europe, 5. rejecting the militarization of Europe, 6. equality in remuneration and a European minimum wage, 7. rejecting restrictions on sovereignty, again with the need to democratize the EU before further integration, 8. free internet, 9. climate crisis, 10. control of transnational companies, 11. introduction of the European Tax on financial capital, 12. European Retirement Program, 13. strengthening the influence of the European Parliament on European foreign policy.

In its tone, the communist program is significantly less national and defensive than it is customary for this party. Even where it raises traditional themes, the wording comes close to criticism not conditioned by national interests but by the democratization of the EU.

Social Democrats candidate with the slogan “For a Fair Europe”. The ČSSD did not produce any program for the European elections. Instead, it published the so-called “Ten Commandments of the ČSSD in the European Parliament”, which can be seen as a summary of priorities, ending with a statement that it is "binding" contract with voter. It contains the following points:

„1. In the European Parliament, I will mainly promote the interests of Czech citizens and the Czech Republic
2. I will speak against the double standard in the EU: Czechs must not be second-class citizens
3. Europe must be fair: I will promote the same quality of food, goods and services across the EU
4. We are as hard-working as the citizens of Western Europe, so our salaries should be comparable
5. I want a strong protection of the external borders of the Schengen area and I will never vote for refugee quotas
6. I will enforce laws that protect the environment, water quality and our soil
7. I will support a Europe of equal chances, for example, that every student has the opportunity to go abroad for experience
8. With the introduction of the Euro, I will agree only when it is really beneficial for all our citizens
9. I will work to make the European Union more comprehensible and less complicated
10. I will not close in Brussels for five years, I will remain in direct contact with my voters and will regularly inform them about my activities”

“Commandments” is more piece of a propaganda than program in its nature. However, it is clear that for her presentation to the voters, ČSSD also chose a defender’s position. The first point is not to leave anyone in doubt that the MEP will not be elected to decide in the best interest of the EU, but that he is a watchdog of Czech interest in Europe 's “wilderness”. Even topics that have a clear pan-European reach, such as wage conditions in the EU, "Ten Commandments" explicitly refer to Czechs. The issue of the climate crisis is reduced to nature conservation, water quality and "our" soil, which, even in the Czech debate, is outdated.

The function of the program is fulfilled by an "argumentary", but in fact the frame is just the same. There, for example, the issue of climate change is emerging, with the need to address it at European, respectively global level. However, in the "argumentary" it is only the penultimate place, behind the point defending the possession of weapons, which in the Czech public debate is not a significant issue and when someone raises it, usually use it as populist right-wing political quackery. The Social Democrats, part of the Progressive Alliance of Socialists and Democrats in Eeuropean Parliament, do not dare to be too progressive in their programming materials for the European elections.

Parties of the Left

Both left-wing parties have built a relatively young candidate. Average age of KSČM candidates age 41.9 at ČSSD age 38.4. However, none of the parties was progressive in terms of the proportion of women with 29% of the KSCM, and only 25% of the CSSD. The KSČM and its coalition tried to run with younger and less anti-EU candidates and address younger voters, while not discouraging their traditional electorate. The compromise in the program priorities for European elections is at least on the level of formulations much closer to the principle, left-wing criticism than the rhetoric that is found in ČSSD materials. Theoretically, ČSSD is much more pro-European party, but in its “argumentary” it argues either with benefits that Czech citizens derive from EU or promises to promote and defend Czech interests (endangered by EU). On the other hand, the leader of the ČSSD candidate emphasizes Europe-wide issues such as the climate crisis and talked much less about Czech interests. In fact, candidates for European Parliament of KSČM and ČSSD, are more progressive than both party mainstream and leadership.

The election results were for left-wing political parties worse than even most pessimistic estimates showed. The turnout in the Czech Republic was 28.72%, i.e. 10% higher than in 2014, and as a result the highest turnout in European elections ever. But it is still at the bottom of the European average, which is estimated to be 51%.

As Table 1 shows, the winner of the election was Babiš’s ANO, but in total more votes were received by the opposition parties (ODS, Pirates, STAN and TOP 09 and KDU-ČSL), together 47.38%. It confirms that the dividing lines in Czech society currently lead on attitudes towards Babiš's government and that opposition parties can at least mobilize their electorate better than pro-government parties - in the European elections. This is also because greater turnout was in large cities, the highest in capital Prague, 38.31%. Higher participation led to a lower KSČM gain. In 2014, 166,478 votes was enough for the Communists to 10.98% and of three mandates, this year's 164.624 votes meant only 6.94% and one mandate. In terms of left-wing politics, the most surprising result is the complete failure of social democracy. With a profit of only 3.95% of the votes, it turns out that the government with Babiš is really devastating for the party. In the European context, the loss of social democracy corresponds to the weakening of the S&D faction, the loss of the KSČM with the losses of the GUE / NGL. Rise of anti-European and nationalist parties and decline of social democratic left is major outcome of 2019 European elections. However, in Czechit is a truly historic failure for the ČSSD, not only in the context of the European elections, and if the party does not review its strategy, it may expect similar results in the Czech parliamentary elections. That would mean the disappearance of social democracy from Czech politics. 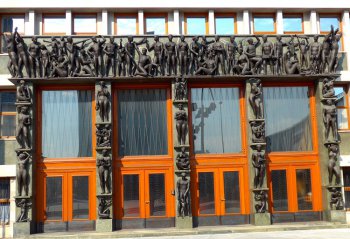