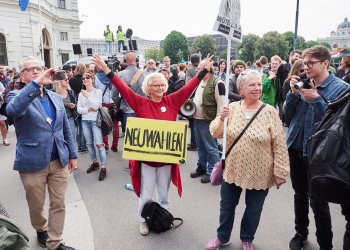 Fresh elections were held in Austria on Sunday, 29 September. They were called after the Ibiza video had blown apart the governing coalition between the right-wing conservative Austrian People's Party (ÖVP) and the far-right Freedom Party (FPÖ) and a motion of no confidence by the Social Democratic Party (SPÖ) had prevented the ÖVP from governing alone.

The ÖVP, led by the youngest-ever chancellor of Austria, Sebastian Kurz, emerged as the clear victor, with 37% of the vote , 6% up on the party's result in the 2017 National Council elections. Far from harming the ÖVP, the many scandals engulfing its obviously corrupt coalition partner prompted 258,000 FPÖ supporters to now switch allegiance and side with the ÖVP  instead. Moreover, Kurz has always defended the government's work and policies with its far-right partners.

The SPÖ came second, reflecting the decline of social democracy in most of Europe. It lost 5%, attracting under 22% of the vote.

The FPÖ's performance was 10% down on the results of the previous election. This was partly due to 'Ibizagate' , but can also be attributed to the discovery shortly before the election that the party's former chairman, Heinz-Christian Strache, and his wife received expenses of up to €45,000 a month on top of his salary. The prospect of the former leader being thrown out of his party is being discussed. For example, many FPÖ voters either stayed at home or voted for the ÖVP, which has shifted since 2017 to wholly embrace the FPÖ line on human rights issues. Accordingly, the FPÖ only won 16% of the vote, 10% down on its showing in the 2017 elections.

A brilliant comeback by the Greens

The Greens are making a boisterous, if anticipated return to the National Council, having won 14% of the vote, their best result in a general election since the party's establishment in 1986. Many Green supporters who tried to save the SPÖ last time round, in 2017, or voted for Peter Pilz, who left the Greens to set up his own group, came back to support the party. Austria's Greens, like those everywhere else, were also helped by the fact that their key concerns matched the focal issues of the climate protection movement. The Greens especially gained ground in Austria's towns and cities.

The neoliberal New Austria and Liberal Forum (NEOS) gained 2.5% to reach almost 8%. The JETZT - Pilz List, formed after Peter Pilz split away from the Greens, started breaking up quite soon after entering parliament and attracted just 2% of the vote, falling far short of the 4% hurdle required to gain seats there. Other parties that failed to make it into the National Council were the electoral alliance comprising the various Alternative Lists, KPÖ Plus (itself an electoral alliance between the Communist Party of Austria and the Young Greens), Linke und Unabhängige (Left and Independents), which only picked up 0.7% of the vote, and the party Der Wandel (Change), which achieved notable success on its first showing in such elections, scoring 0.4%.

Kurz to become chancellor again, but who will join him in government?

Even before the election, it was crystal clear to everyone that Kurz would become chancellor again and that no government could be formed to keep out the ÖVP. So the only question remaining is who the party's coalition partner(s) will be. This outcome is in line with Austria's track record of always having a right-wing majority, except between 1970 and 1983.

During the election campaign, all parties apart from those that did not make it into parliament expressed a willingness to form a coalition with the turquoise ÖVP (after Kurz took over in 2017, the ÖVP abandoned its traditional black in favour of that colour). Kurz also sent out political signals to all parties and offered – in some cases spurious – concessions to all of them.

A coalition between the ÖVP and the Social Democratic Party (SPÖ) would form the largest elected majority. The SPÖ, by definition not an opposition party, wants to be in government whatever happens. It may even justify virtually any deal with the right-wing conservatives by saying that its purpose is to prevent a turquoise-blue coalition. After the election, the FPÖ declared that it had heard the electorate and would go into opposition. One precondition was that former Interior Minister Herbert Kickl could no longer be part of a government, as this has the potential to split the FPÖ. The Greens are now likely to enter into negotiations with the ÖVP, but will probably (have to) make too many uncomfortable demands. As for NEOS, the ÖVP cannot form a government with this party on its own, even though its policies would probably make it a dream partner. Discussions about the form of the ÖVP's minority government have been ongoing, since it could potentially garner support by doing deals with the SPÖ, Greens or NEOS. What stands in the way of the SPÖ is that after the Ibiza scandal the party prevented the ÖVP from governing alone by tabling a motion of no confidence.

The Left is still very weak in Austria

Since 1959, Austria has had no party in parliament that is further left than the Social Democrats (and since 1986 further left than the Greens). Many left-wing votes go to parties that are now no longer left wing, because the expectation that the Communist Party of Austria (KPÖ) and its respective leftist alliances will once again falter at the 4% hurdle to entry to parliament strengthens people's belief that these would be 'wasted votes'. This time around, in those parts of Vienna and Graz where the KPÖ traditionally performs well in elections and Communists sit on the district councils and municipal council, many votes were also lost to the Greens. In 2014, Der Wandel joined forces with the KPÖ for European parliamentary elections, but on this occasion it ran on its own for the first time, attracting 16,000 votes with virtually no money and hardly any candidates.

We should also mention a media boycott, with the public broadcasting service backing the status quo and only reporting on those political forces that are part of the system. Private broadcasters are doing likewise, and since the Left has no money it cannot buy its way onto the pages of the highly monopolised print media groups or publish its own mass media.

This makes the wall of silence and its lost voice constantly recurring and seemingly insurmountable hurdles for the Left. But it is also wrong to assume that if the Social Democrats swing to the right, the Left can take over the vacated space. "It is rather the case that if the Socialist Party moves to the Right, an abyss will open up on the Left", said Claudia Krieglsteiner, fourth on the list of candidates in the KPÖ alliance with the Alternative List Innsbruck, the Federation of Democratic Workers 'Associations (DIDF), a Turkish workers' organisation and other left-wing and independent candidates, on the night of the election. At the same time, since the 1990s, with the collapse of 'Real Socialism' and the cultural and economic victory of neoliberalism, the entire political spectrum has been shifting to the right. The long-standing hopes of emulating the situation in Germany (where a considerable proportion of Social Democratic Party members broke away to form the left-wing party Die Linke) by having left-wing Social Democrats team up with politically like-minded leftists and activists from civil society to found a new left-wing party, seem very unlikely to come true. For they, too, have shifted too far to the right, succumbing to the many temptations of what their mother party, the Social Democrats, can offer its officials and members.

However, many of the left-wingers' errors, failings and problems also merit criticism: They are active in too few democratic spheres, lack the requisite structures and knowledge, historical awareness and ideology, and of course are short of money. The Left has courage and creativity, but does not put them to political use.
The Green Party's historic ousting from parliament was not exploited. In Austria, as in many other countries, some Greens are conservative, free-market liberals, while others are left-liberal human rights activists. If they now joined right-wing politicians in government, this could cause splits and perhaps unlock new potential for the Left.

On the night of the election, Zeynep Arslan, the candidate in second place on the list of the left-wing alliance, emphasised a willingness for further broad cooperation on the Left and stressed that the success of the first steps taken together outweighed the electoral failure. The inevitable conclusion of all this is that a new, pluralistic left-wing party is needed in Austria.

During the election campaign it became clear once again how much corruption is socially acceptable in Austria. An institutionalised form of corruption is part of the political system, going hand in hand with cronyism, making party membership a necessary prerequisite in certain contexts. Nobody is surprised by embezzlement and financial dealings, because 'everybody's on the make anyway'. Corruption is part of the common cultural identity, as are the cosiness, self-pity and victims' roles assumed and played to perfection by corrupt politicians.

In addition to the usual scandals involving the FPÖ, NEOS's major backer transferred €300,000 just before an upper limit was imposed on donations, the SPÖ allowed the unions to pay it €300,000, and lists of donors to the ÖVP (some of whom indicated direct influence by industrialists) and regular contributions from the major donor Heidi Horten came to light. The selfsame Ms Horten was invited by the SPÖ (sic!) Carinthia to an official function, using her title of nobility, no less, even though in Austria such titles have been banned since the end of the monarchy in 1918.

But that's not the only reminder of the imperial era. Acquiring Austrian citizenship is disproportionately difficult, expensive and therefore unattractive. 'General' suffrage is actually not that general after all: non-citizens are barred from voting, and in Vienna, the capital, the latter account for almost a third of the population of voting age, including above-average numbers of workers and members of the precariat. This is all too reminiscent of the selective suffrage of the 19th century. Across Austria, this undemocratic normality bars a million people from participating in elections, even though they live and pay their taxes here. 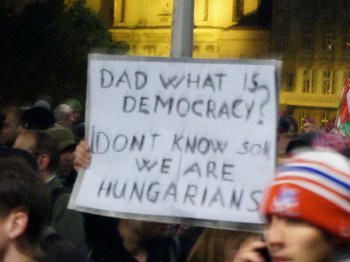