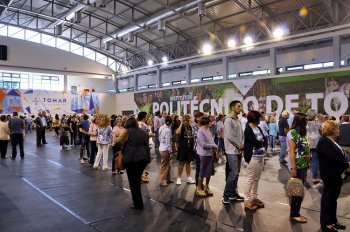 On Sunday, the 6 of October, Partido Socialista (PS) couldn’t reach the majority of the polls predicted in the early weeks of the campaign for the 2019 Portuguese legislative elections. For the past four years the Socialists have governed with parliamentary support from Bloco de Esquerda (BE), Partido Comunista Português (PCP) and Partido Ecologista “Os Verdes” (PEV).

With a noticeable rise to 36,7% of the vote, from the 32,31% it garnered in 2015, PS still has to navigate a complex maze of alliances to shape the coming legislature in which they fall short of a 116 seat majority be a mere 10 representatives (with 4 mandates left to elect across voters in Europe and around the world).

Still, there is little doubt left as to who will govern the new government, with a weakened right wing able to wish for little more than being an active opposition force. In 2015, on the heels of leading Portugal through an international bailout and heavy austerity, a coalition of Partido Social Democrática (PSD) and Partido do Centro Democrático Social (CDS-PP) achieved 36,86% of the vote.

This time around, CDS-PP was capped at 4,3%, as PSD stayed at 27,9%. Together, they fall well short of the majority needed to defy António Costa’s claim to victory and drop to 32,2% of the vote. A coalition between PSD and PS has been ruled out, but PSD remains open to discussing structural reforms with the Socialists.

Both Bloco de Esquerda (with 9,7%) and the CDU – a coalition which unites PCP and PEV -- (at 6,5%) have the seats to push António Costa’s PS to a parliamentary majority by themselves. In 2015, the Socialists’ had to join both allies to guarantee a stable executive.

But, as the results came in, the leader of the Marxist-Leninist PCP, Jerónimo de Sousa, dismissed any possibility of repeating a formal agreement with PS, whilst Catarina Martins’ BE left the door open to long-term or yearly negotiations, but seemed to too rule out a coalition. Months of three-way attacks, fuelled by the possibility of a PS majority, have taken a toll on the working alliance of the left. Conversely, the growth of the Partido Socialista may have weakened its grasp on power.

Prior to the vote, either Catarina Martins’ leftist BE (which had a slight dip from 10,19%% in the previous elections) or Jerónimo de Sousa’s Partido Comunista (which dropped from 2015’s 8,25%%) were expected to take position as the cornerstone of a future Socialist government. António Costa called precisely for that support, saying he hoped that his former partners would become more flexible in the coming weeks.

BE can take a positive out of the vote, since, for the first time in history, they were able to hold onto their parliamentary group after a surge in votes during the previous election cycle. But it could not use its four year alliance with PS to push for growth, despite a campaign largely focused on claiming responsibility for stabilizing the bilateral PS/PCP/BE pacts.

Catarina Martins had made it clear that she believed only Bloco de Esquerda deserved to grow during this election. The BE leader failed her target. But, even though Bloco de Esquerda’s electorate plateaued, the sharp decline of PCP and CDS left the party as the undisputed third biggest Portuguese political force, making it essential to any government on the left.

PCP may have definitely fallen into the downward spiral it was predicted to be dragged into during the past decade. Loyal to classical communist talking points, with an ageing leader, PCP has, for now, lost the attractiveness it once had to young voters.

The electoral night took away what could be a crucial longshot option. André Silva’s Pessoas-Animais-Natureza (PAN), which attracted 3,3% of the vote with an environmentalist, animal welfare centric, agenda, fell 6 seats short of being able to guarantee a majority government with Partido Socialista. The elections, nevertheless, thrust the party into the political mainstream, transforming PAN from a single seat force into a full-fledged parliamentary group just a decade after it was founded.

If all else fails, PS’ final gamble could be a minority government without the formal guarantee of parliamentary support. The President, Marcelo Rebelo de Sousa, who led PSD between 1996 and
1999, is expected to follow tradition and call upon the highest voted party to elect a prime-minister, much like Aníbal Cavaco Silva (also a previous PSD leader) did in 2015 with PSD, at the time still led by Pedro Passos Coelho.

Passos Coelho’s government, formed in coalition with Paulo Portas’ CDS, fell to a vote of no confidence approved by the same leftist political arrangement that would make António Costa prime-minister. This time around, though, there is no strong opposition across the aisle to offer an alternative to a PS government.

The 4,3% of the conservative CDS represents one of its worst results ever, leading to a hastily announced departure from the party leader, Assunção Cristas. Under two hours after the voting closed, Cristas called for an internal election and announced that she would not be a candidate.

The fall of what was considered a liberal president, by the standards of the Christian leaning party, might indicate a shift further towards the conservative right. Abel Matos Santos, a long-time challenger to Cristas’ leadership, is poised to be a frontrunner in the upcoming race.

Meanwhile, Rui Rio, who has been contested ever since he assumed the presidency of PSD in 2018, seems to have delayed the immediate ouster many predicted. The result is a dip in form, but the Rio denied claims of an electoral disaster, and significantly shortened the gap between PS and PSD by the day of the vote.

The economy was a focal point of the campaign, as it usually is, being an essential talking point for PS, who made full use of the immensely popular Finance Minister and Eurogrup Presidente Mário Centeno. In the end, after years of austerity and recession, voters chose to stick with a government that managed to guarantee a growing economy and a budget on the brink of surplus.

The result, however, stops short of giving Partido Socialista a clear way forward, maybe due to repeated warnings, by all political leaders, to the dangers of one-party majorities.

Only three times has one party controlled the Portuguese parliament. In 1987 and 1991, Aníbal Cavaco Silva’s PSD became the first to achieve such a result. In 2005, José Sócrate’s PS managed to do the same. The former’s popularity plummeted after his two terms as President (between 2006 and 2016). Whilst the latter is now embroiled in a flurry of corruption accusations, through “Operação Marquês”. In 2011, José Sócrates’ second government collapsed as the prime-minister called for an international bailout.

Away from the alliances that will determine who will rule Portugal, there was a noticeable and unusual change on the fringes of parliament. In 2015, Pessoas-Animais-Natureza became the first new party to have a representative elected to parliament since 1999. Now, four years later, three parties have accomplished the same.

Pedro Santana Lopes, who ran against Rui Rio for the leadership of PSD in 2018, did not manage to elect a single representative with his new party, the right-wing Aliança, reaching just 0,8%. But the newcomer Iniciativa Liberal, conquered the hard-right liberal electorate to guarantee 1 mandate, attracting the support of 1,3% of the electorate.

For the first time, a far-right party managed to win a seat in the Portuguese parliament. With 1,3% of the votes, André Ventura was elected through the nationalist, populist, conservative, Eurosceptic and anti-immigration Chega, partially calling upon the electorate of long-time ultranationalist Partido Nacional Renovador. André Ventura founded Chega after a failed run with PSD in the Loures Municipal Elections.

If we take the newcomers into account, the lead of the left wing in parliament shortens, but not by much. Partido Social Democrata, Partido do Centro Democrático Social, Iniciativa Liberal and Chega have 84 seats to the 142 controlled by Partido Socialista, Bloco de Esquerda, Partido Comunista Português, LIVRE and PAN.

The split is not as clear as it seems though, with Rui Rio claiming to have brought PSD to the center, André Silva preferring to have PAN not adopt the banner of neither left nor right and many of the newcomers failing to definitely state their allegiance.

There is one last number one must look at to understand what happened in Portugal this Sunday. These elections were seen as one of the most important in decades. They could both diversify parliament, polarize right/left dynamics and create the need for a majority as a guarantee of, more than long term stability, the sheer ability to form government.

And yet, only 55,5% of registered voters showed up to cast a ballot. Once again, turnout decreased (this time by 2,5%), as the number of people not voting comes ever closer to breaking through the threshold of a nationwide majority.