The 2019 General Election and Scotland

Where now for the Left? 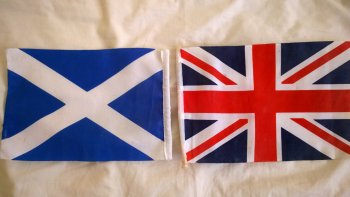 The 2019 UK general election result was a shock for the left. An 80-seat Conservative majority in the House of Commons — an unfamiliar sight after nearly ten years of coalition and minority rule — has already led to Boris Johnson moving quick to capitalise on his new mandate to ensure Brexit will go ahead. In Scotland, the left needs now to move beyond rhetorical opposition to the Tories and create a new vision of what kind of country Scotland should be.

In the first December poll to be held in the UK since 1923, the result of the 2019 general election produced the Conservative party’s largest majority government since Margaret Thatcher’s win in 1987. The Tory party successfully consolidated their support in England and Wales, focussing on the slogan ‘Get Brexit done’, and increasing their vote share for the fourth election in a row. The Labour party saw its vote the collapse in its North of England heartlands, with its support largely reduced to metropolitan areas, including London.

In Scotland, the election was fought on significantly different territory. At the outset of the election campaign, forty-six of Scotland’s fifty-nine constituencies were classified as ‘marginal’ (requiring less than ten percent swing to change hands). Based on the five Scottish-only opinion polls conducted before the election, the general expectation was that the SNP would make modest gains, largely coming at the expense of Labour with the Conservatives retaining the majority of their thirteen Scottish seats.

Yet again, however, voters in Scotland delivered a result at odds to those elsewhere in Great Britain. Whereas in England the Conservatives secured over 47.2% of the vote, in Scotland they managed to achieve only a 25.1% share. The SNP, conversely, saw their vote share rise to 45%, an increase of 8.1% nationally on the 2017 result. In raw numerical terms, the party gained an additional quarter of a million votes. This resulted in the party gaining 13 seats, taking their total to 48.[1] Exceeding predictions, the party’s success has given them clear justification — if not a mandate — to request a section 30 order, transferring the legal right to hold a second independence referendum to Holyrood.

Labour, on the other hand, had hoped to capitalise on the unexpected Scottish successes from the 2017 election, with the party seeking to defend the seven seats the party held predominantly around Edinburgh and Glasgow. Instead, the party’s fortunes sunk to a new nadir. Labour’s share of the vote declined by 8.5%, to a historic low of 18.6% — the party’s lowest share of the vote in Scotland since 1910. The party lost all but one seat (Edinburgh South) to the SNP, and coming a distant second in many others. The Scottish Conservatives, meanwhile, saw its vote share drop by over three percentage points, resulting in a loss of seven seats to the SNP.

Age and educational background, rather than social class, now form the key determinants of voting patterns in the UK as a whole. While Labour soaked up over 55% of those under the age of 35, the Conservatives dominated the over-45s, with 62% of the over-65 year-olds voting Tory. While it will be another six months before the publication of the British Election Survey to have an accurate picture of voting patterns from this election — including information about the socio-economic composition of the Scottish electorate— these initial findings demonstrate the uphill struggle Labour face in forming the kind of electoral coalition needed to win the next general election.

Although much has been made of the favourable conditions under which the election took place for the Conservatives, the dominance of constitutional questions of Brexit and Scottish independence during the campaign also helped the SNP. The party benefitted in this ‘Brexit’ election from having an unambiguous ‘remain’ position in a country where a clear majority had voted to stay in the EU. Additionally, a prevalent anti-Conservative feeling across large swathes of the central belt of Scotland, seems to have motivated sections of the party’s core vote to turn out (anecdotally, at least), also buoyed by the centrality of the demand for a second independence referendum in the party’s manifesto.

For left-leaning voters in Conservative-held constituencies in the Northeast and borders, the SNP was also the clear challenger in every single seat, and were thus the obvious choice for left-wingers keen either to deny Boris Johnson a majority, or express their dislike of Brexit. The party’s fortunes were further buoyed by divisions in the Labour party, where voters in relatively affluent constituencies such as Renfrewshire East — a seat held by Labour less than five years ago — deserted the party en masse, with a staggering 14.3% drop in the Labour vote share.

While in England and Wales the net effects of tactical voting seems to have been negligible, in Scotland, the SNP were the clear beneficiaries of any left-of-centre, anti-Conservative tactical voting. In the marginal seats of Moray, and Gordon, for example, Labour’s vote, while having always been low, collapsed to a few thousand votes, as voters shifted allegiance to try and oust the sitting Tory MP. In Dumfries and Galloway, where this was most pronounced, the Labour party’s vote share dropped from 20.9% in 2017 to 9.2% in 2019.

Whether Labour likes it or not, Scottish politics now entirely operates through the prism of independence. The refusal of the party to acknowledge this has been the single largest contributing factor to its decline in Scotland over the past five years. The 2019 election seems to show that, as well as the SNP maintaining support among predominantly younger sections of the working class, pro-unionist working class voters in old Labour strongholds of the central belt now seem to have left Labour on a more permanent basis, viewing the Scottish Conservatives as a stronger guarantee of the union. Some of Labour’s losses have been exacerbated by the unpopularity of both the party’s leader, Jeremy Corbyn, the poor coordination of its election campaign across the UK, as well as the lack of coherency and message within its manifesto.

To this, however, was a prevailing attitude on both sides of the constitutional debate that the party had very little to say both on Brexit and Scottish independence. Instead of developing a coherent policy on independence, the party’s strategy lay predominantly in making spending pledges to coax working class independence supporters back to Labour. On the first campaign day in the election, however, on a visit to Glasgow, Jeremy Corbyn managed to reverse the party’s position on independence to say that if elected as Prime Minister he would not allow a second referendum within the first five years of a Labour government. Later in the election, in an interview with the BBC, this position changed again.

Some sections of the party, even when defeated, still seemed unable to contemplate a different strategy. In an interview with the BBC on election night, defeated candidate and former deputy leader of Scottish Labour, Lesley Laird, claimed that the party ‘is not about flag-waving… in the middle of a constitutional wrangle, I believe it is very important that we don’t lose sight of our core values and principles, just to be popular’.

In recent days, however, there are signs that some sections of the Labour party are finally understanding the importance of having a coherent strategy on the constitution. Both Scottish Labour leader, Richard Leonard, and close ally Neil Finlay, have over the past weekend mooted the possibility of supporting the principle of holding a second referendum. An open letter circulated online among Labour party members also called on the Party to reassess its approach to Scottish self-determination. This change in tact, however, seems more like a realisation that Labour is (for the time being at least) Scotland’s third party, and can at best only hope to influence, rather than form, the next Scottish government in 2021.

Where now for Scotland and the Left?

The next few months will be crucial in Scottish politics as public opinion realigns in response to the election results and the outcome of Brexit. For those on the pro-independence left, opposition to the Tories must not take the form of sitting back and waiting for an opportune moment to protest against unpopular policies. Instead, the broad left needs to initiate a discussion about what kind of country Scotland should become. These discussions will need to involve activists in England, Wales and Northern Ireland, as part of a wider discussion about UK state power. The pro-independence left also needs to think much more coherently about what kind of relationship would exist between the other constituent parts of the UK (and the EU) should Scotland vote to leave.

In the meantime, the SNP seem intent on adopting a cautious approach, neither publicly advocating a mass mobilisation of their membership to rally support for a second independence referendum nor using the powers of the Scottish parliament to more clearly demonstrate to the Scottish public the radical changes which could be made to working class peoples’ lives. The left, from trade union activists, party members and activists need to provide an alternative vision to the narrow, nationalist vision of independence offered by the the SNP.

The constitutional question in Scotland is not going to disappear any time soon. However the debate eventually is resolved, the left must have a positive, radical vision capable of inspiring the population if it is to make any significant difference in Scottish politics over the coming years.

[1] This includes the new Member of Parliament for East Fife and Kirkcaldy, who is currently suspended by the SNP pending an investigation into anti-Semitic remarks on Twitter made by the candidate.