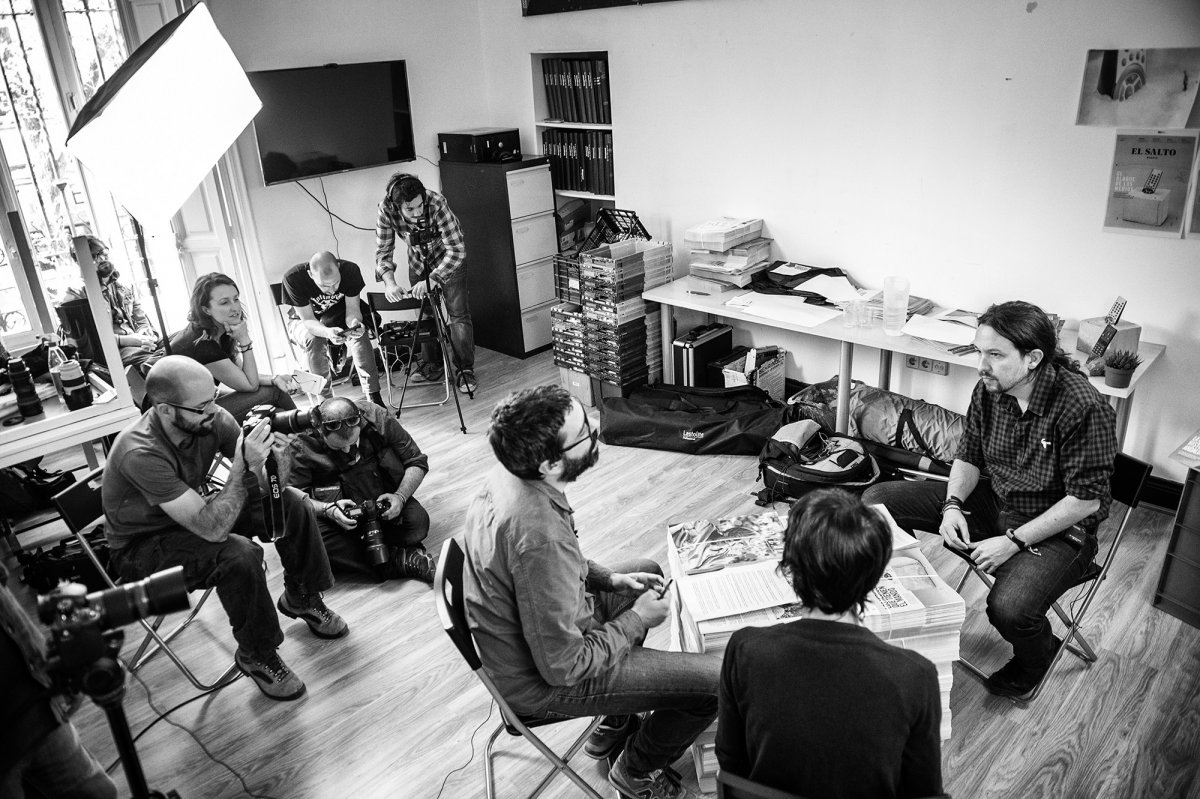 Following the elections held on the 10th of November 2019, and as we have reported in previous articles, the correlation of parliamentary powers left the right and extreme right with no valid option to form a government. PSOE has consistently maintained its political ground whilst Unidas Podemos has obtained increasingly worse results though upholding an historically high electoral return for the leftist groups to achieve transformation on a state level.

Unidas Podemos’ strategy since the holding of the third round of elections has been to propose a coalition government, as, in line with its calculations, bearing in mind the abstention and backing of other parliamentary groups, a ‘red-red’ government could be formed. This option is hitherto unheard of since the Spanish state has never been led by a coalition government.

The negotiations that took place from November onwards, and which were made public less than 48 hours post the 10th of November elections, displayed a highly strategic shift on the part of PSOE, who beforehand had roundly denied the possibility of a coalition government, which now came into being following the failed attempts in summer 2019. Thus, Unidas Podemos would hold the Social vice-presidency (one of the 4 vice-presidencies in the coalition government), which would be led by Pablo Iglesias, alongside the Ministries of Equality, Universities, Labour and Consumption, these being overseen by Yolanda Díaz and Alberto Garzón respectively, both members of Izquierda Unida and the Communist Party. Equality will be managed by Irene Montero, from Podemos and the current spokesperson for the parliamentary group. Finally, Universities will be under the stewardship of Manuel Castells, from En Comú Podem.

The challenges facing the government are wide ranging within a context of adjustment demanded by the European Union and embodied by the economic vice-presidency in the figure of Nadia Calviño. Not surprisingly, the programmatic agreement between the two groupings is focused on reversing the toughest measures that PP implemented during its last tenure in office, while respecting the ceiling of expenditure imposed via Brussels, which prevents a major social redistribution or large-scale transformative measures in economic matters. All portfolios with economic powers are under the auspice of PSOE, which has already stated that it will not disobey Brussels. Similarly, competencies in migration and border control are shielded under three ministries led by the PSOE. There seems to be no signs that indicate that there will be a shift in the matter of migration, with the Spanish state being the greatest exponent and outstanding student of the current European migration policy. Also, Trade and the Foreign Office will follow the line of the previous socialist government. 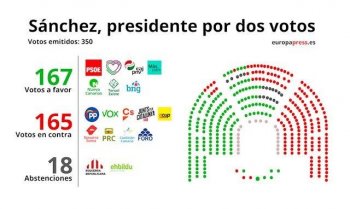 Results of the vote held on 7 January

The role of nationalists and independent groups

To this is added the highly complex situation of the Catalan conflict that backs up the option of support from sovereigns and independent groups in the short and medium-term, which can mean that there are no new budgets, for example. In fact, ERC, who enabled the investiture through its abstention, has already announced that it will not facilitate with budgets if there is no progress over the dialogue table between the Catalan government and the Spanish state. And this progress, according to ERC leaders, shall involve the possibility of also discussing self-determination.

The electoral system facilitates the representation in the state-level parliament of forces that appear in certain constituencies, fostering for decades a high presence of regionalist, nationalist, sovereignty and independence forces. This parliamentary system responds to a social and political reality that has crossed the history of the Spanish state for hundreds of years that is linked to its pluri-nationality.

Stability and governance: the great challenge

Within this backdrop, and as has been mentioned in the previous articles, there will be no governability without the Catalan and Basque parliamentary forces (already in the past both conservatives and social democrats have turned to the Basque and Catalan nationalist forces to ensure investiture). And therefore there will be no governance without a shift, on the part of PSOE, in the handling of territorial issues towards a more democratic and less authoritarian strategy than has been the norm thus far. The application of article 155, the denial of a dialogue table and the existence of political prisoners, will have to become part of the past if PSOE wishes to achieve stability and governance over the next 4 years.

In this sense, both ERC and EH Bildu (the two progressive independence forces) abstained in the investiture of Pedro Sánchez. In the Basque case, they justified their abstention to stop the extreme right and in solidarity with the popular classes of the state. In the Catalan case, this gesture of support has to do with leaving a possibility open to a political negotiation, which in no case would be possible with the Spanish right wing.  It remains to be seen how this political negotiation can take place and where it can lead to, bearing in mind the deep unionist tradition within PSOE. To this the Supreme Court ruling must be added, which upholds the judgement of the Central Electoral Board, to disqualify Oriol Junqueras (ERC) as a MEP and keep him in prison, contrary to what was dictated by the European Court of Justice in Strasbourg. This fact is a symptom of a trend in the Spanish state, politicisation of justice. Or put another way, loss of power of institutions and more prominence of the judiciary, conservative tradition in the case of the Spanish state.

In the case of the conservative nationalist parties, the Basque PNV voted in favour of the investiture (key votes to make it happen) and Junts per Catalunya, notably weakened, voted against. Who also voted against along with all the rights, were the independence and anti-capitalists of the CUP, "for diametrically opposed reasons" in the words of their leaders.

The debate surrounding the instability of this government and the phantom of ungovernability and inability to reach agreements on budgetary matters, as well as moving forward certain laws, will continue to prevail. It must not be overlooked that the investiture went ahead thanks only to two yeses more than noes in parliament and that it relies on the independence forces. However, there is no other correlation of forces possible despite PSOE's rallies with the liberals or the idea of a major coalition during the election campaign.

In more social terms, it would be highly significant that this government could legislate and implement measures for social majorities forcefully. The reform of labour legislation, the rise in the minimum wage, a fair tax system, the repeal of the gag law that has been gripping social movements for years, daring feminist measures, the reform of the pension system etc. Still, it must be insisted that the correlation of forces in parliament will not always allow it. To this we must add, that without a counterweight in the streets that press for all these changes, it will be difficult for these changes to take place. However, the mobilisation cycle is perhaps not undergoing its finest moment. And unfortunately, we have already experienced the example with the municipal movements: the left in the Spanish state is highly explosive and sizeable, but it does not uphold pressure in a particularly consistent manner (except in some honourable cases), when it reaches the offices of institution. This may greatly weaken government action, already constrained by many determinants.  Furthermore, one should not fall into the strategic error of leaving the monopoly of the street, VOX is already calling for concentrations in the name of Spanish unity, nor of criticism of an aggressive right and extreme right, with a civil-guerrilla tone and incapable of accepting the election results.