Report of the international conference in Paris 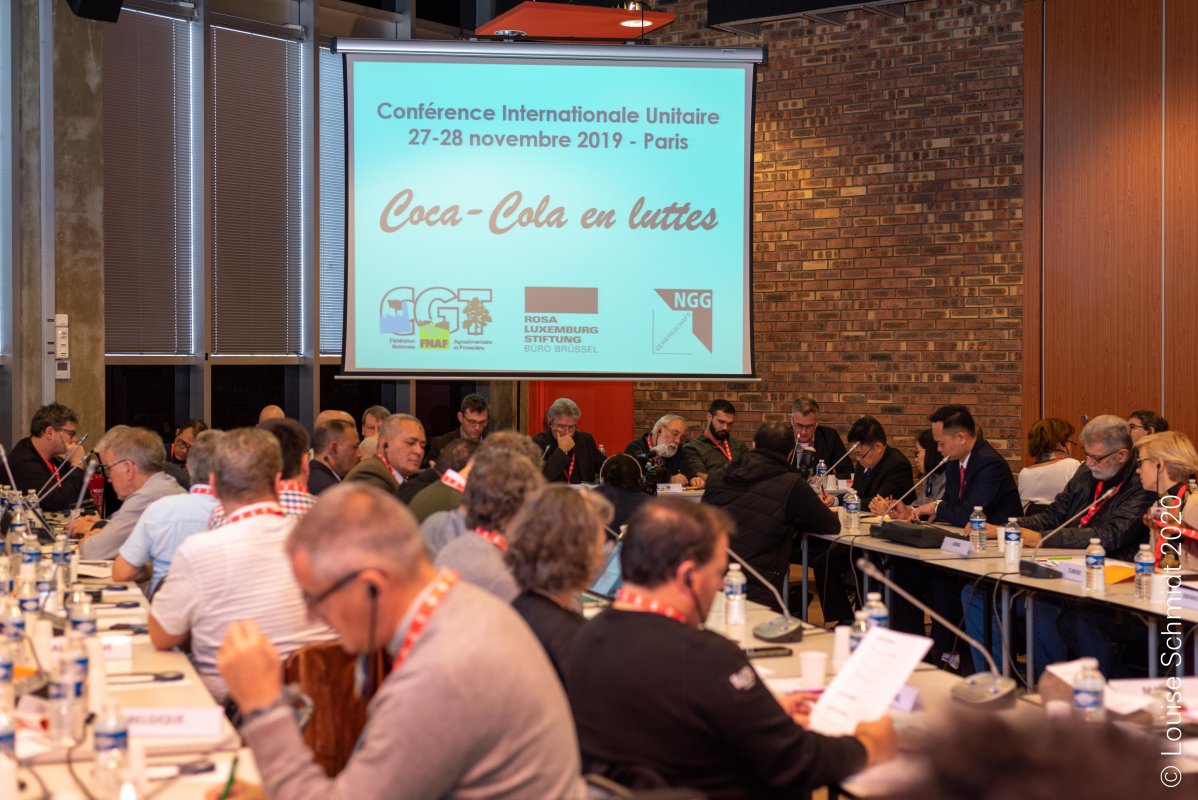 The struggle of workers and social movements for international solidarity against transnational corporations.

Now more than ever the power of corporate capital is accumulating profits thanks to a new geographical organization of the production and circulation of commodities and services. So, extracting enormous surplus, value they realize great profit which dialectically provide the base for a further expansion in the realization of capital on the finance markets. Transnational corporations have concentrated and centralized capital building monopoly on international markets. They act as incredible forces disciplining and subsuming labour in multiple regions of the world. The Coca-Cola Company is a flagship of these developments and surged as emblematic symbol of the transnational capital power. 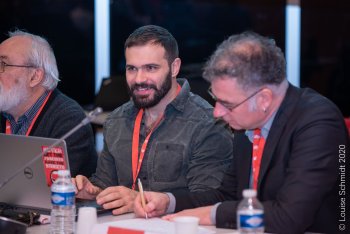 This huge accumulation of wealth corresponds to a deep exploitation and tightening of work discipline. In the same way their irresponsible exploitation of natural resource is irreversibly compromising the ecosystem. Meanwhile the opulence of the ruling class is indecently growing so do also the concern and dissatisfaction among workers inside the working places and enlarging parts of the populations here and there at the global scale. In a discontinuous and fragmented way, the resistance inside fabrics and in the communities is arising. Nevertheless, their force is jeopardized by international corporations. The corporation use geographical relocation of production and circulation of the commodities thanks powerful logistic facilities, political pressure and social repression to marginalize every effort to change this balance of power.

To respond to these strategies from the capital side, it is urgent to reorganize the strugglers in two directions: the first is establishing bound between struggles in the production at international level. The second is a convergence of the different struggles outside the factories carried out by social movement and political forces. The way to this goal is opening spaces for meeting and discussion for workers form different regions, representative of organized social movements, political forces and intellectuals.

Since 2014 the Brussels office of the Rosa-Luxemburg-Stiftung among many activities around workers struggles and social movements is specifically supporting the unionized workers in one of the almost symbol of the exploitation of labour and nature: Coca Cola Company.

Starting in the west European region the office accompanied the Formation of a collective convergence of interests of the bottlers in the Coca Cola Company in Europe. This work culminated with the preparatory steps for the formation of a European Workers Council. This was a necessary step for the formation of a feeling of the collective for the defense of particular interest. In the upcoming step the aim is to connect the most advanced part of the organized workers at the level of struggles. That should be creating around the two axes mentioned before: internationally and transversal in the society. Together with our office, leftist unions secretaries from France, Germany and Spain we formed a core steering group to organize an international conference. In this conference, unions of Coca Cola workers, organized social movements, scholars and political actors can share analysis, experience and strategies aiming to plant a seed for the construction of a first germination of a coordinated accumulation of power. Given the prominent position and high symbolic of Coca Cola every won struggle would state an example and hope among workers and organized social movements facing corporate capital power. Win particular struggles is the unescapable only way to gain terrain in the relations of power on a more general way. 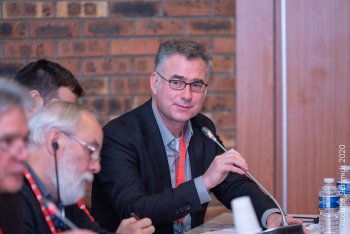 After a long preparation the conference took place in Paris between the 26th and 30th of November 2019. The steering committee composed by the German NGG, France FNAF_CGT and the Brussels office of the Rosa Luxemburg Stiftung achieved to put around a table more than one hundred participants coming from more than twenty-four countries. The four blocks in plenary session gave enough time to the participants to discuss along two days the main issues they are facing with Coca-Cola.

The discussion, starting from the specific cases, build a common frame of the issues the unions are facing in all the countries. Reduction of working places, imposition of flexible working time and the use of digitalization to simplify and rise the control of the production procedures have been clearly identified as the core issues. Moreover, the huge environmental impact of the company was pointed out by representatives of social movements fighting against water privatization especially in South America.

The inputs of expert economists made clear that the base of the degradation of working conditions, reduction of working places and pressure on the environment have deep roots in the strategy of the Company. Coca-Cola is since years engaged in a strategy of delocalization and diversification of its activity with acquisition of a great number of brands around the world. This concentration of capital has a positive impact in the stock market for the company chaining it stadily with the financial capital.

In fact, to keep this positive wave in the financial markets the company needs to rise higher and higher profits margins to buy other brands and distribute growing shares to the investors. So, while the shareholders are getting incredible high shares, the working people in the companies owned by Coca-Cola are subjected to a degradation of the working conditions and squeezing of salaries. The total divergence of interests and the consequent struggle between capital owners and working people appeared clear and ineluctable. Many delegates to the conference explained how these strategies of the Coca-Cola has having a negative impact in their region and how the form of resistance are organized in the working place and the society. A central point of the exchange was the acknowledgment that the Coca-Cola is using a clear strategy of fragmentation and isolation of the workers.

To squeeze more profits, the management is putting workers of factories in different countries or even regions in the same country against each other telling that “the others” are doing better and the risk to close the plant is real. The system of concurrence applied by the management is at the fundament of the rising fear of the others that, transposed at the social level, is producing monsters. This fear to lose the small you have because of someone else working for less money or in worst conditions is the deep root of xenophobia and of the war between poor people which is infecting our societies. The construction of solidarity among the workers inside and outside the factories and between all the plants in the world is the antidote and the precondition of the struggle for better working and living conditions. 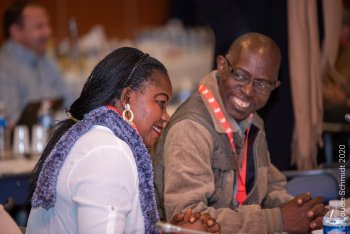 Thus, resulting from the conference was an affirmation of solidarity and support for all the workers struggling in Coca-Cola for their social, economic and environmental claims, to the women's struggles for equality and youth for employment and the improvement of their living and working conditions.

Moreover, a firm condemnation of repression against union activists and their organizations, violations of the rights of organized or supported by the management of the group was expressed. On the front of the environment the participants made clear their accusation against the plundering and destruction of the natural resources, especially water, perpetrated by Coca-Cola.

This meeting strengthened the construction of a common front of workers, of all unions in alliance with the population and the militant forces for the environment. They called for action on all continents and in all countries around the world against Coca-Cola and its retrograde orientations both in terms of economic, social, political and cultural and environmental. 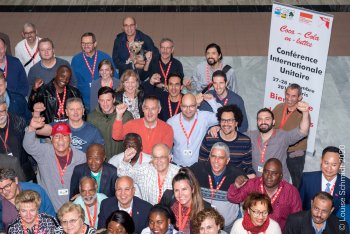 It was decided the continuation of exchange of experiences and of information between unions to feed the struggles that multiply from local to broader level against Coca-Cola.

The regular expression solidarity and support for ongoing and future struggles, has been identified as crucial to enable effective action to be taken to improving working conditions and of life, be it in terms of remuneration, maintenance and development of jobs, and preserving natural resources. To achieve these objectives, it was set up a Solidarity, and Coordination Committee entitled "Coca-Cola in struggles" to circulate information and support in the organizing process of solidarity and struggles.

Federico Tomasone is project manager at the Brussels Office of Rosa-Luxemburg-Stiftung. He is responsible for, amongst other things, the collaboration with social movements and trade unions. 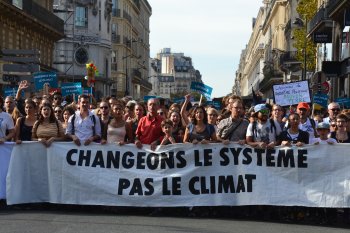