A breath of fresh air?

Back in April, EU heads of state and government agreed a coronavirus rescue package worth over €500 billion for the countries hardest hit by the crisis. However, the support in this package only took the form of low-interest loans. Now, though, German Chancellor Angela Merkel and French President Emmanuel Macron have presented a plan for a further €500-billion recovery fund that would see aid issued to Member States as grants rather than as repayable loans. Moreover – and this is the most remarkable feature of their proposal – the plan would be financed by the European Union itself raising debt for the first time ever. It is still unclear whether the fund is intended to be part of the European Commission’s budget or how it would be constituted and distributed. The proposal was welcomed by countries like Spain, Italy and Portugal, which have been calling for Eurobonds to be issued for some time, while European Commission President Ursula von der Leyen would like to table her own post-COVID-19 crisis recovery proposal that would see at least some resources being provided as non-repayable grants. As expected, however, the French-German proposal met with resistance from Austrian Chancellor Sebastian Kurz, who swiftly voiced his opposition to the plan and instead put forward a joint counter-proposal with the Netherlands, Denmark and Sweden (the governments of these four nations having recently taken great pleasure in assuming the mantle of the ‘frugal four’). The proposals and counter-proposal on the table therefore range from low-interest loans to non-repayable grants for Member States.

Initially it looked as if the French-German proposal might free the EU from the straitjacket of the European Fiscal Compact. However, on closer inspection it does not represent a shift from the broadly neoliberal economic policy of the EU and the individual Member States, given that under this proposal the package is nothing more a temporary fund being established for a specific purpose and such one-off stimulus packages do not constitute departures from the European Fiscal Compact. Even Germany, that staunch advocate of neoliberal austerity policy, enshrined in its constitution the ability for debt to be taken on to address economic crises – an option the federal government left open under former Finance Minister Wolfgang Schäuble.

The fate of the French and German economies largely hinges on the economic situation in other EU Member States, and therefore the support package will boost production and order volumes in both countries. By contrast, Austria, the Netherlands, Denmark and Sweden do not have much to gain by granting such financial support, as their economies are a lot less dependent on the situation in southern European states. Since European Union rules require all EU heads of state and government to agree on a given course of action, we are heading for lengthy negotiations that will most likely culminate in a compromise based on issuing loans coupled with sliding-scale subsidies.

Ultimately, it remains to be seen what specific form the support plan will take and whether it will go hand in hand with a long-overdue paradigm shift. That said, we should perhaps not hold out much hope of the latter. We are currently seeing signs of the emergence of a supply-oriented economic policy, much like that implemented in Germany following the financial crisis. The scrappage bonus is just one example of the type of measure that emerges from such a policy – a policy that does nothing to remedy the structural weaknesses of national economies, lessen social inequality or initiate the much-needed ecological transformation of the manufacturing industry. Moreover, European Commission Vice-President Valdis Dombrovskis has recently made it quite clear that the Commission intends to revert to applying the strict rules of the Stability and Growth Pact – that is, to devastating austerity policy – as soon as it possibly can.

Without a real paradigm shift, no good will come of all this. After all, this crisis offers us the opportunity to fully benefit from all the advantages offered by a monetary union. However, we can only do so if that union is finally made complete, i.e. if the Commission not only acknowledges that it must create the conditions for a post-crisis recovery – especially in southern Europe – but also has a genuine desire to do so and takes firm steps in that direction. Any proposal that results in saddling Member States with even more debt (with or without a return to the rules of the Stability and Growth Pact) will ultimately be counterproductive. The reintroduction of the strictures of the Pact would result in the most severe institutional and fiscal crisis the EU has ever experienced. Nor can the situation be resolved without investment programmes and massive financial support. This effectively means that there is no alternative to joint debt-raising if the Union does not want to speculate against the future of the common economic and currency area. Although the French-German proposal falls well short of what is actually required and does not resolve the fundamental issues, it should be seen as a welcome effort to provide emergency relief. And so we can only hope that the German government is actually prepared to put its money where its mouth is and is not simply banking on one of the ‘frugal’ states vetoing the proposal.

We can only hope that the monetary union will finally be completed, which would see the establishment of a European economic government and a major expansion of the EU budget and would also entail European sovereign bonds being issued to fund infrastructure programmes in the Member States and the abolition of debt brakes and spending caps, enabling the development of the public sector. 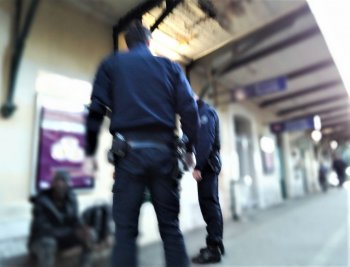 Press Release: The brutal side of the Côte d'Azur 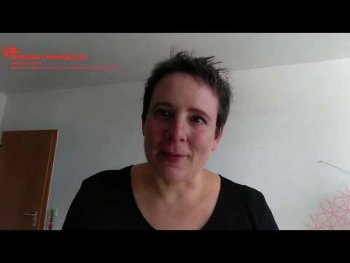