Of humans and cattle

In his latest novel, Serotonin, French writer Michel Houellebecq focuses on love and agriculture. The novel's first-person narrator, Florent-Claude Labrouste, leaves his girlfriend, quits his job as an advisor to the French Ministry of Agriculture and embarks on a road trip into his past. His journey leads him to his old college friend Aymeric, the only one in his class who decided to actually become a farmer after studying agricultural engineering. Aymeric and the other dairy farmers in Normandy are protesting against the European Union's milk policy, which has already driven some of Aymeric's fellow farmers to suicide. The protests escalate and Labrouste sees his old friend shoot himself on camera in a dramatic showdown with the police. However, Normandy's dairy farmers will not be the only victims of economically liberal agricultural policy:

"As soon as the free-trade agreements currently under negotiation with the Mercosur countries were signed it was clear that the apricot producers of the Roussillon would no longer stand a chance; the protection offered by the AOP status 'red Roussillon apricot' was merely a derisory joke and the surge in Argentinian apricots was inexorable, the apricot producers of the Roussillon were effectively all dead – there wouldn't be any left, not a single one, not even a survivor to count the corpses."[1]

Labrouste predicts that the negative impact of the policy driving dairy farmers to suicide will one day hit others if a free-trade agreement is concluded with the MERCOSUR states.

So much for the fictional plot – but unfortunately, this agreement is anything but a work of fiction. What is the point of an agreement that, according to Houellebecq, is so deadly that in the end there would be no one left to count the corpses?

In the early 1990s, Argentina, Brazil, Paraguay and Uruguay agreed to establish a free trade area – the Southern Common Market (known by its Spanish acronym MERCOSUR). With the introduction of a common external tariff in 1995, this became a customs union. Following the EU's example, these countries aimed to create a common internal market allowing the free movement of goods, labour and services, based on the ideological principle of free trade. Barely a decade on from MERCOSUR's beginnings, in June 1999, negotiations between the South American trade bloc and the European Union on a common free-trade agreement were already under way, a logical step forward in the policy of economic liberalisation that was particularly characteristic of the time.[2] However, the negotiations made slow progress from the outset, partly because the neoliberals in the MERCOSUR countries were replaced by left-wing governments in the early 2000s (Brazil and Argentina in 2003 and Uruguay in 2005, being joined by Paraguay in 2008). These governments questioned the free-trade mantra and instead called for a stronger focus on Latin American integration. As a result of this 'pink wave', the EU-MERCOSUR negotiations increasingly stalled and even came to a standstill for a while. However, free-trade ideologues demonstrated their staying power and financial clout. In the wake of the political setbacks of recent years (with the governments of Paraguay and Brazil being removed from office by democratically dubious methods), the negotiations were not only quickly resumed but even stepped up to avoid the risk of once again being stymied by political change, which had in fact already begun in Argentina. In this spirit, in 2019 a political declaration of intent was hastily adopted in which the parties vowed to conclude the agreement as quickly as possible, although the negotiations were still in full swing and the impact of any agreement was therefore difficult to predict.

The next phase of negotiations was actually planned for the second half of 2020. Germany wanted to work towards "finalising" the agreement during its presidency of the EU Council. The agreement with MERCOSUR was at the top of the list of the German government's priorities for its presidency drafted prior to the coronavirus outbreak.[3] This was presumably largely driven by the interests of the struggling German automotive sector, with its desire to find new markets in the MERCOSUR region. The same of course applies to other export heavyweights in Germany, like the mechanical engineering sector and the chemicals industry. After all, MERCOSUR sometimes levies import duties of over 30% on such products. The coronavirus pandemic thwarted these efforts. MERCOSUR has been sidelined, with the German Council Presidency's new draft priorities only just about mentioning attempts to reach an agreement in the Council.

However, this in no way means that the agreement is off the table. Faced with collapsing EU exports, it is unfortunately only natural to rehash trade policy concepts that have already failed and package them as a way out of the crisis. Export-focused Germany in particular is likely to have a lot to gain from this, but other EU countries are also heavily dependent on exports. The Commission estimates that external trade accounts for almost 35% of the EU's GDP, with one in seven jobs depending on exports, two thirds more than in 2000.[4] In contrast, increasing imports from MERCOSUR pose a threat to sectors and regions in the EU because, as Houellebecq dramatically describes, these imports could wipe out local producers. This is primarily the case for agriculture, and by no means just red apricots. Cereals, bioethanol and beef from Brazil and Argentina, for example, could flood European markets.[5] This state of affairs has sparked protests within the European Union against the trade agreement, and these fault lines in the EU are just what could bring down the accord.

On the one side, as already mentioned, there is Germany, a staunch supporter of the agreement, joined by Spain due to its close economic ties to Latin America. On the other side, in France the prevailing mood is one of scepticism, while the agreement has also been met with criticism in Ireland, the Netherlands and the Belgian region of Wallonia, which has a reputation for objecting to trade agreements. The Netherlands recently saw a parliamentary decision calling on the government not to ratify the agreement, and something similar also happened in Austria. There are also hints of divisions on the other side of the Atlantic. Argentina's new centre-left government has emphasised that it wants to press ahead with the EU-MERCOSUR agreement but has questioned the purpose of MERCOSUR given that individual member states are negotiating their own free-trade agreements.

So there is hope that some parliaments or governments will oppose the agreement. However, previous experience shows that the European Commission and member states' governments simply ignore such parliamentary and democratic processes, which is why no one should rely on these processes to bring down the agreement. Society needs to exert additional pressure on governments to keep their word. But why should the agreement be stopped at all?

Last summer, the unprecedented scale of forest fires in the Amazon rainforest clouded the skies above the Amazon and the world's television screens. We will most likely see these images again this summer, because these are blazes started by humans, who then happily dance around the fire as they look forward to the ensuing profit. After all, this is how pastureland for cattle breeding is created with political cover, part of the idea being to increase beef exports to the EU.

The EU-MERCOSUR agreement will find fertile ground not only feeding off the corpses of Houellebecq's apricot growers in Roussillon but through destroying unique biotopes and the places where Brazil's indigenous peoples live. Against this backdrop, a Europe-wide network bringing together many environmental and human rights organisations is currently mobilising its forces against the agreement and publishing information on its dangerous impact. The Rosa-Luxemburg-Stiftung also recently published a study showing how German chemicals companies are still exporting pesticides to Latin America that have been banned in the EU for environmental and health reasons and the terrible impact this is having on the local population – a process that would be exacerbated by this trade agreement.[6] In an open letter to the German Council Presidency, the NGO Seattle to Brussels Network therefore calls on the German government to rethink its position and on the EU Commission and member states to put a stop to the agreement once and for all.[7]

Beyond the impact on the climate, the environment and smallholders, it has become clear in recent years that such free-trade agreements are designed to serve the profit-seeking ambitions of transnational corporations in particular by paving the way for a globalisation of the economy that further increases inequality between and within countries. The coronavirus crisis has also demonstrated the fragility of these globally intertwined production and trade chains, which are not geared towards supplying goods and services but rather towards maximising profit, in the face of a health crisis and the resulting escalation of national protectionist measures.

There has long been fierce debate on reversing this form of economic globalisation. Meanwhile, the Commission, startled but still resting comfortably on its "free"-market laurels, in its inaction remains frozen like Sleeping Beauty, batting away attempts to wake it from its blissful sleep by muttering platitudes that are both vague ("resilience") and meaningless (proclaiming "a Europe that protects in action without being protectionist”).[8] Therefore, the wake-up call for progressive forces needs to be even louder, finally heralding a rethink of trade policy. Putting a stop to the MERCOSUR agreement would be an excellent start.

[2] The idea of a Free Trade Area of the Americas (FTAA) also gained momentum in the 1990s.

[5] There are plans to increase import quotas for beef by almost 100,000 tonnes (around 50%) and for bioethanol by 650,000 tonnes (600%). See Fritz, T. (2020). EU-Mercosur Abkommen – Risiko für Klimaschutz und Menschenrechte. MISEREOR/Greenpeace/Dreikönigsaktion, Aachen/Hamburg/Vienna. Available at: https://www.misereor.de/fileadmin/publikationen/studie-EU-mercosur-abkommen-risiken-fuer-klimaschutz-und-menschenrechte.pdf (in German only) 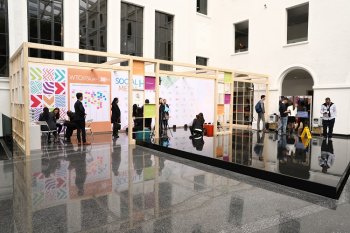