“Closer to the people? On (direct) democracy in the age of digitalisation”

On (direct) democracy in the age of digitalisation

Initiatives that push for more direct involvement of citizens in policy-making have gained currency over the last decades. Advocates emphasise the opportunities these hold to increase political legitimacy as well as improving policy content. However, both the classical methods of direct democracy by voting on issues or pre-designed policies (i.e. referendums) and the more qualitative formats seen more widely in recent years (e.g., citizen initiatives, citizen budgets, citizen assemblies) which aim to include citizens in the process of designing policies tend to fail to solve the problems of unequal participation and representation (along lines of race, class, age, gender, citizenship, place of residence, among others) they aim to address. The advancing digitalisation of democracy promises new chances for participation and representation. Public administrations in cities across the world adopt and experiment with e-tools to bring people into the political process and to foster their agency by offering spaces for participation and collective organising. Some even claim that herein lies the potential to revolutionise the way we “do democracy”, including the relationship between government and population, from representative to a truly participatory democracy. Questions to be discussed may include (but are not limed to):

We invite papers focussing on these and other questions linked to (direct) democracy and digitalisation in representative democracies. We are particularly interested in single or comparative case studies as well as practical implications and recommendations based on these studies.

This edited volume to which this chapter will contribute brings together scholars, researchers, activists and practitioners to discuss the state of democracy as well as to explore potential future developments in contemporary liberal representative democracy. It aims to take stock of and analyse the problems of contemporary democracy in Europe from a left-wing perspective. Second, it seeks to explore approaches to transforming democratic representation, participation and governance at any level (local, regional, national, supranational/transnational) with a view to forging an inclusive, equal, free, just and sustainable society.

Abstracts of up to 1,000 words outlining the proposed argument and approach must be submitted to Ada Regelmann at ada.regelmann@rosalux.org, subject line: “[your name] - Abstract: The Crisis and Future of Democracy”, by Thursday, 09 July 2020, 11am CET. Late submissions will not be considered. 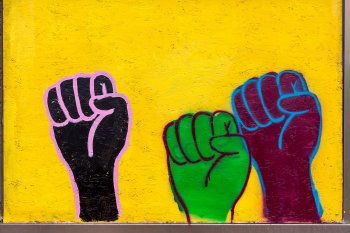 Call for contributions: the relationship of liberal democracy and racism