Who do our cities belong to? 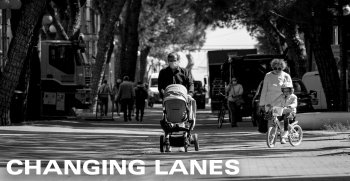 Our cities are suffering from the effects of a steady increase in road traffic. Traffic jams, huge swathes of land being taken up by roads and parking spaces for cars, and polluted air are all clear signs that we must strengthen the network of environmentally-friendly mobility solutions (walking, cycling and public transport) in our urban centres and use cars less. During the coronavirus crisis lockdown, when there was a big drop in car use, we had the chance to see just how attractive our towns and cities could be. And that is not all: studies suggest that the number of COVID-19 deaths in parts of the world with high levels of air pollution is greater than in other regions.[1] However, there are things that can be done about air pollution: the Spanish NGO Ecologistas en Acción (Ecologists in Action) has, for example, shown that the restricted-traffic zone in the centre of Madrid has indeed led to a sharp decrease in air pollution.[2]

We must reclaim public spaces, making them people-friendly, rather than car-friendly as they are at the moment, and thereby ensure that mobility is convenient, affordable, safe and reliable for everyone. Local public transport is 'public space' in the literal sense and belongs to all of us.[3] The increasing pressure on the housing market and rising rents mean that public spaces are growing in importance again as meeting places and 'second living rooms'. Another important consideration is that lively streets are beneficial for social cohesion in neighbourhoods.[4] Furthermore, people who are less well off tend to live in more polluted streets and are therefore exposed to greater health risks. This is simply unfair and must be combated, specifically by making rents affordable and reducing the number of cars in our cities.

On 22 July 2020, ahead of the upcoming collective bargaining round, the German trade union ver.di, which represents public transport workers, published a press release with Fridays for Future,[5] calling for decent working conditions and pay for workers. This alliance reflects the fact that climate protection and appealing, well-developed public transport go together. The German public-transport sector needs at least 100,000 new workers by 2030 – but if the stressful working conditions do not improve, the staff will not be found.[6] But it is not just about improving public transport: there is also a need for measures to make cycling and walking safer in cities: in Berlin alone, 15 pedestrians and 14 cyclists were killed in road accidents between January and early September 2020.[7]

And, of course, we also have to cut back on car use for the sake of the climate: 27% of all emissions in the European Union come from the transport sector, with three quarters of those being produced by road traffic (aviation, shipping and rail transport account for the rest). To meet the goals of the Paris climate agreement, a significant change in direction is needed in this regard, involving more freight traffic by rail (across Europe), fewer cars in our cities and well-developed, affordable public transport for both urban and rural areas.

Some European cities are moving in the right direction: in the Berlin state government, DIE LINKE. (The Left) pushed for a Mobility Act that supports pedestrians, cyclists and public transport in cities by setting specific expansion goals and gives them priority over cars. This makes Berlin the first state (Land) in Germany to have such legislation.[8] Kristian Ronneburg, a DIE LINKE representative in the Berlin House of Representatives, said at the RLS Brussels Office web conference Changing lanes – first moves towards car-free cities[9] that a lot of money has already been invested in further developing cycling: in 2018 alone, the state government had pumped €13 million into this.[10] In addition, the traffic-planning staff in the 12 Berlin districts had been increased, the Berlin bus fleet was being switched to electric, public-transport ticket prices had been reduced and since August 2019 there had been a free 'student ticket' for both schoolchildren and higher-education students in Berlin. The rules for electric scooters (e-scooters) will be updated next year to properly take on board the needs of cyclists and pedestrians.

But of course these advances in Berlin would not have been possible without the pressure from city residents that preceded and accompanied them. As Denis Petri from the association Changing Cities explained at the conference, 'bicycle referendums' (referendums on making a city more cycle-friendly), for example, are an important form of direct democracy and are now on the political agenda in 35 German cities. A demand that Changing Cities has adopted from Barcelona (Spain) are traffic-restriction zones in the city centre, or 'superblocks' (involving various apartment blocks being grouped together and no through traffic for cars), as they are called in Barcelona, where they were introduced under the leftist coalition led by mayor Ada Colau. These blocks give rise to play streets and green and recreational spaces in the middle of the city.[11]

The Spanish capital, Madrid, also took steps in the right direction when the city government, headed by the left-wing alliance Ahora Madrid and mayor Manuela Carmena, introduced the Madrid Central traffic-restriction zone in November 2018. Since then, pollution in Madrid has fallen dramatically, as Nuria Blázquez from Ecologistas en Acción explained at the conference. For instance, at Plaza del Carmen, the only measuring station in the traffic-restriction zone, nitrogen-dioxide pollution was found to be 32% lower in 2019 than before the introduction of the measures to limit traffic.[12] Furthermore, the debate about city centres with few or no cars has spread from Madrid across the whole of Spain, with many Spanish cities now looking into how they could set up their own low-emissions zones. When the new right-wing mayor of Madrid proposed to scrap the Madrid Central traffic-restriction zone, thousands of the city's residents took to the streets on 29 June 2019,[13] showing that citizens have understood the need to make cities more people-friendly. This was a point reinforced at the conference by Francisco Javier Cañadas, a representative of the Spanish left-wing party Unidas Podemos in the Madrid Assembly. In the past, he said, urban planning had always been much too car-focused, but the experiences with Madrid Central and the low-emissions zone in Barcelona had shown people how pleasant car-free cities could truly be. They had also seen that, with just a few measures, we can make our cities more 'liveable'. Last but not least, the local economy, e.g. the retail sector, also benefits from initiatives like Madrid Central. Therefore, Unidas Podemos is demanding that Madrid Central be kept because, he pointed out, public health should not be sacrificed to bureaucratic whims. Absurdly, he went on, the conservatives in Madrid have slashed public-transport services during the coronavirus crisis, although COVID-19 measures meant that public transport should actually have run more frequently. Unidas Podemos advocates a massive expansion of local public transport and ticket prices based on social criteria, in order to provide financial relief for certain demographics.

This shows that local alliances of urban society and left-wing, progressive governments can do a lot to promote public health, solidarity-based mobility for everyone, and liveable cities.

[6] In this connection, see also an article on working conditions that mean workers do not even have time to go to the toilet: Ines Wallrodt (2020, 18 August). Man kann nicht mal zur Toilette, Neues Deutschland, https://www.neues-deutschland.de/artikel/1140614.tarifrunde-im-nahverkehr-man-kann-nicht-mal-zur-toilette.html (in German)

[9] This web conference took place on 4 September 2020. A video of this conference in English, German and Spanish will be posted soon on the RLS Brussels Office's website, https://www.rosalux.eu/en/ 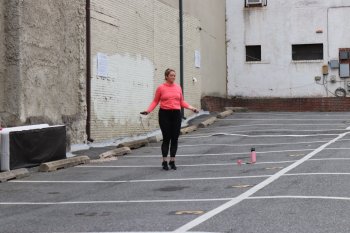