Social protests in times of pandemic 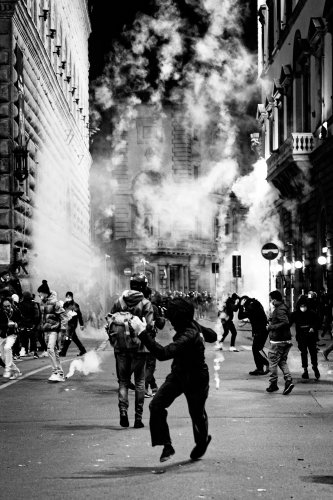 The health and social crisis is worsening in Italy. The government is threatening a new lockdown, but supporting measures for workers remain insufficient. Meanwhile, social protests are spreading all over the country and caused a public debate going far beyond national borders.

At the beginning of July of this year the Italian interior minister, Luciana Lamorgese, in an interview on Italian state TV, expressed fears that the country was headed towards crisis: “I think there’s a real risk of a new 'hot autumn' because in September we will start to see the effects of this period of economic crisis affecting our businesses. We are seeing shops closing and people without enough to meet their basic needs. The government has tried to respond to these demands, but the risk of a hot autumn is real.”

As a second wave of coronavirus hits the country, Italy is struggling to balance management of a strained economy with management of the public health crisis. Despite being the first European country to be hit by coronavirus, Italy was seen as acting swiftly and effectively, imposing a strict lockdown widely supported by the public. However, the second time around is proving to be far more difficult. With government subsidies drying up, many Italians are finding themselves in a critical situation, and the prospect of a second lockdown is causing tension. Last Friday (23rd October), following a sharp increase in new cases and hospital admissions, the governor of the Campania region Vincenzo De Luca defied national government indications and announced he would impose a local lockdown. That night thousands of people took to the streets of the regional capital Naples in protest, clashing with police. When national government subsequently announced a partial lockdown for the whole country, with the forced closure of bars and restaurants at 6pm, these protests spread all over the country.

Social effects of the crisis

Europe’s poorer Southern economies were inevitably going to be harder hit by the economic fallout of the pandemic, and Italy is no exception. In keeping with a long-term trend of cautious public spending (in large part induced by EU fiscal policy), Italy’s crisis spending was among the lowest in the Eurozone. In addition to this, the particularities of the Italian economy make it particularly vulnerable. Along with its higher rates of unemployment among young people and women than the European average, and higher rates of precarious labour and informal labour, Italy also has a high proportion of small businesses and the self-employed. Micro businesses (with less than 10 employees) make up 45% of employment, in comparison with a 30% European average. So where pandemic social spending was mainly focused on guaranteeing the wages of the regularly employed and saving larger businesses from failure, the self-employed received only one-off bonus payments of just 600 euros, small businesses were given grants worth 20% of the possibly lost income (the difference between their 2019 and 2020 monthly revenue), and the unemployed or informally employed received essentially nothing.

Italian welfare has traditionally been tied to employment, with no form of basic income support having existed until the 5 Star Movement’s recent introduction of a citizen's income, a social assistance for poor people, extended by the Conte government benefit to create a very low “emergency income”, but with stringent eligibility requirements less than half of applicants have been awarded the benefit. As such, many sections of society have been left with only their savings. Eight months on from the beginning of the pandemic reports estimate an extra one million Italians will be pushed below the poverty line in 2020.

Of this number, a large proportion are concentrated in the South of the country. While the regions initially worst hit by the virus were the more industrialised, wealthier regions of the North, Milan and Lombardy in particular, it was the South that suffered most from the economic impact. The region of Campania has one of the highest unemployment rates anywhere in Europe, as high as 50% among young people, and the informal economy makes up 20% of the region’s GDP. In the last ten years, the local and regional economy relied heavily on tourism. As early as the spring many in Campania were having to make do with food stamps and handouts from church or grassroots community organisations, and stories of neighbourhoods rallying round to help families in difficult became commonplace. It is estimated that 40% of its 5 million residents are at risk of falling into poverty.

A second wave of the virus following the summer season was widely expected. Nevertheless, Italy finds itself little more prepared this time round. Before the summer, the national government announced it would be creating an extra 3,500 ICU beds. So far, less than half have materialised, and recruitment of extra personal has been mired in complications. Moreover, the public health situation is compounded by the fact that Italy’s regionalised healthcare systems means there are huge disparities across the country in terms of quality of care and capacity. So while the national average for ICU beds per 100,000 inhabitants is around 10, in Campania this drops to 7.

When the coronavirus first hit Italy it was the North that saw the highest numbers of cases and deaths, and fears of how an impoverished South would cope were temporarily allayed. As Italy enters the second wave, however, those fears have become a reality with new cases in Campania now reaching over 3,000 to 4,000 daily (among a population of around 5 million). The region’s Democratic Party governor, Vincenzo De Luca, made a name for himself before the summer as a lockdown hardliner, an approached that chimed with the fearful mood of a public reeling from the shock of the climbing death toll. Riding this wave of popularity, in September he was re-elected with 70% of the vote, but for all the noise he has made about the seriousness of the health threat, he has failed to make any serious interventions in the region’s health system. Indeed, over his 5 year mandate successive privatisations and reductions in healthcare spending have damaged the region’s ability to cope with the crisis.

De Luca therefore finds himself in a difficult position. With hospitals at capacity and cases spiralling, he needs to take decisive action, but as the pandemic enters its 8th month, the public mood is shifting. Campanians now feel themselves doubly penalised: when cases were concentrated in the North the entire country was subject to a lock down, but now that Campania is suffering the most, financial help from national government has not been forthcoming. De Luca’s threat of lockdown was not accompanied by any offer of financial support for those affected, and the subsequent national lockdown was accompanied by only the vague promise that “subsidies would be provided”.

Despite its particularities, Campania may serve as a test case for the worst effects of the pandemic and a sign of things to come. After the example of Naples this weekend, protests are now taking place in cities across the country. The composition of the protests has been mixed, and varying depending on the city. There have been protests organised by neo-fascist groups, and others organised principally by local business owners. But if the media was quick to dismiss the protests as the work of coronavirus-negationists, organised fascists, or the Camorra, such facile characterisations only serve to mask the realities of growing social crisis.

Organised initially on Facebook among neighbourhood groups of predominantly shop and restaurant owners, the protests attracted people from across many sections of society. Alongside the small or middling business owners were also their employees, the self-employed, the precariously employed and the unemployed. Indeed, in the particular economy of Naples the lines between these categories are often blurred, with the same person moving from one status to another with little effect on income or social status. And within the category of the small business there are huge divergences; from the bar that makes 15,000 euros a night but employs its workers illegally to the ‘honest’ tax-paying shop owner barely managing to support a family. But with the pandemic dragging on, and with the collapse of tourism in particular – the sector pushing forward the local and regional economy in the last ten years –, all of these categories have seen their income collapse.

The demands of the protests have been varied. There is certainly an element of frustration with the prospect of a new lockdown, driven by a generalised covid-fatigue. For many of the protesters, especially the bar and shop owners, the call has been not for financial support but a refusal of lockdown measures full stop, with slogans of “we want to work” and “liberty.” And the demands of the business owners have so far featured more prominently while the demands of their workers have taken a back seat. Calls for the introduction of a general covid-basic income for workers and unemployed are widespread, but until now have not faced any significant political response. Given the catastrophic healthcare situation, the left is asking a profound restructuring and an increase in public investment in the education sector (for instance, smaller classes - particularly for young children for whom online learning is no alternative), public health system (re-opening of closed public hospitals, covid-tests for free), the enhancing of public transport and health and safety measures on workplaces.

From the start of the crisis, the approach of governments was to oppose public health and social security. The management of the pandemic as requiring a trade-off in terms of damage to the economy, placing public health in opposition to economic security and drawing on analogies of wartime sacrifice or a “blitz spirit”. It is therefore unsurprising that anger at the economic consequences of containment measures is taking the form of opposition to lockdown, diffidence in the face of public health measures, or even conspiratorial denialism. What the protests across Italy teach us, however, is that this anger needs to be taken seriously. Confronting the coronavirus crisis requires social measures, and above all income support, far beyond what has so far been made available.

Today, the threat of a new radical lockdown shows that the regional governments and the central state are out of time for preventive measures. Italy is one step away from a health disaster. If it continues like this, working people will die in overcrowded hospitals with overworked healthcare workers due to coronavirus or due to politically produced social and economic misery. 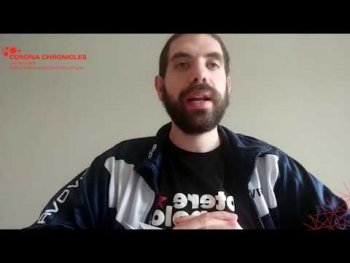 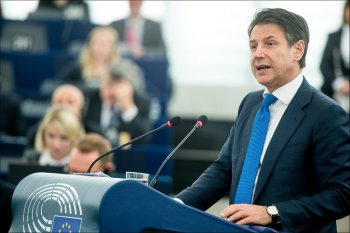 The "Ursula" affair splits Italian populism (and the left)