No agreement in sight 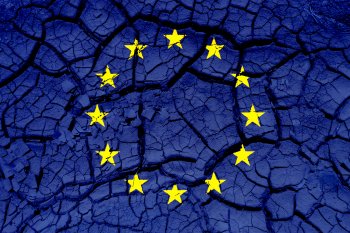 Hello, Martin. Hungary and Poland have vetoed the EU budget. Can you tell us briefly what this conflict is all about, and what this means exactly for the EU budget and of course also for the EU coronavirus aid packages?

The Hungarian Fidesz and Polish Law and Justice Party (PiS) governments have embarked on a series of authoritarian restructuring measures in recent years that are set on, among other things, putting an end to the independence of the press and the judiciary and scrapping fundamental rights such as women's ability to make decisions about their own bodies and the fundamental rights of the Sinti and Roma peoples and the queer community. However, in the negotiations on the EU budget, the European Union has now expressed its support for a 'rule of law mechanism' which would financially penalise Member States behaving in an anti-democratic way that is inimical to the rule of law. Hungary and Poland have reason to be afraid of this for the reasons I just mentioned, and that is why they have vetoed the EU budget. As a result, there is currently no budget in place for the budget period 2021-2027, which will start in just a few weeks from now.

Is there a way of getting the urgently needed coronavirus aid packages through despite the veto being exercised by Hungary and Poland?

No agreement seems to be in sight this year, as [German] Chancellor [Angela] Merkel acknowledged after the most recent video conference with the other heads of government.

However, with increased intergovernmental cooperation, i.e. an international agreement between the other 25 EU Member States, the Hungarian and Polish veto could be circumvented and the coronavirus aid funds finally approved and made available to the regions that so desperately need them.

If the EU budget is not passed this year, an emergency budget will come into force for the budget year 2021, under which civil servants' salaries and subsidies for the agriculture sector will continue to be paid out as before, but other funds only to a limited extent.

What is the position of your GUE/NGL group in the European Parliament with regard to the EU budget and the aid packages? 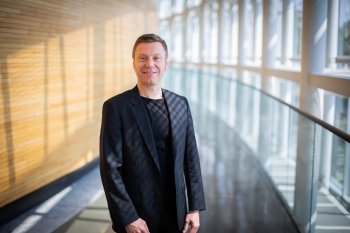 My party, DIE LINKE (The Left), welcomes the decision on the aid packages, given that these have the potential to save many EU Member States in southern Europe from economic and therefore social collapse. But when it comes to actual implementation, we have major concerns, because not only are the loans subject to the European Semester process and so will likely continue to fall under a policy of austerity and cutbacks, but also there is nothing to stop the funds potentially being invested in fossil-fuel energy sources, which would run counter to the need to tackle climate change.

If we look at the European Parliament's original demands, the budget plans so far represent a real setback for it. The heads of state and government have agreed on a record-low budget, falling far short of the Parliament's demands. There will continue to be rebates for certain Member States and, at the same time, too little investment in the future of young people, which is shameful considering the sharp rise in youth unemployment. Cuts to investments in the regions, from which many SMEs have benefited in recent years, and to the social funds and at the same time the unprecedented spending on the military budget, including the European Defence Fund, or EDF, are completely the wrong priorities. Peace cannot be achieved with military means, which is why our group will, if necessary, even challenge the EDF in the European Court of Justice. Since we view all these moves as steps in totally the wrong direction, we will not be able to approve the budget either.

Aside now from the veto being exercised by Poland and Hungary, the civil and human rights situation in those countries is becoming increasingly problematic. Recent weeks have seen mass protests in Poland against the further tightening of abortion legislation. In the long run, can the EU accept Member States pursuing an increasingly authoritarian course? What are GUE/NGL's proposals and demands for the European Commission and Parliament?

The behaviour of [Hungarian Prime Minister Viktor] Orbán's Fidesz party in Hungary and PiS in Poland has not come out of nowhere, and their breaches of the rule of law have been going on since before the European Parliament elections in 2019. Hungary and Poland have declared war on democracy. Fidesz is still a member of the European People's Party along with the CDU [German Christian Democrats] and [the CDU's sister party in Bavaria] the CSU. They were welcome bedfellows when it came to electing Ursula von der Leyen as Commission President, for example. The conservatives' failure to really stand up to autocrats is just strengthening the hand of Orbán and his ilk. As long as the actions of Orbán and others have no consequences, and even set an example for other Member States, the European Union will continue to lose credibility and democratic legitimacy and limp, politically incapacitated, from one crisis summit to the next.

Martin Schirdewan is Co-Chair of the Confederal Group of the European United Left/Nordic Green Left (GUE/NGL) in the European Parliament.

Andreas Thomsen is Director of the Rosa-Luxemburg-Stiftung Brussels Office.