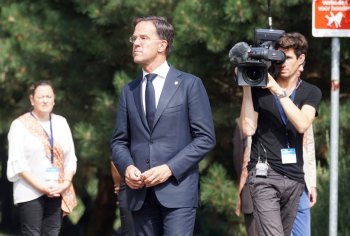 The Dutch government led by Prime Minister Mark Rutte resigned last Friday (15 January 2021), following hours of deliberations. The four-party coalition made up of the right-wing liberal VVD, Christian Democrats, liberal Democrats 66 and Calvinist Christian Union will stay on as a caretaker government for the time being. Its resignation was prompted by a scandal surrounding the alleged undue payment of child benefits, which thousands of families were wrongly required to pay back, plunging many of those affected into severe financial hardship.

A parliamentary committee of inquiry presented its findings in December 2020. Its damning verdict was that thousands of families had been crushed by the machinery of government, with around 26,000 parents falsely branded as fraudsters for years and thousands of families having to repay child benefits that had allegedly been wrongly paid out. Rutte-led governments have been in power for a decade now and there is no escaping the conclusion that they have acted against the interests of families. Moreover, this fact only came to light through the hard work of journalists and some members of parliament.[1]

The Dutch tax authority has admitted that, during investigations into the payment of child benefits, 11,000 families were singled out for special scrutiny because of their ethnic origin or dual nationality. Lawyer Orlando Kadir says that "ethnic profiling" was used within the public service.[2]

The Dutch government had clearly set out to abandon fundamental principles of the rule of law, putting families under financial strain and illegally claiming back thousands of euros.

This contrasts with the Dutch government's very generous attitude towards multinational companies, which avail themselves of the Netherlands to save millions in corporate taxes. An analysis by the Tax Justice Network in July 2020 found that EU Member States could collect up to €20 billion (!) in corporate tax from multinationals if country-by-country reporting were finally introduced.

This would create long-overdue transparency about how much tax these corporations pay in each Member State and how much they withhold through tax avoidance and shifting profits to tax havens. The Netherlands' established status as a notorious tax haven has long attracted criticism.[3] THE LEFT group in the European Parliament has been calling for the introduction of country-by-country reporting for years.[4] Regrettably, the German EU Council Presidency, which ended a few weeks ago, not only failed to address the issue but actually delayed progress, despite announcements to the contrary.[5]

As well as the taxation of multinationals, the Dutch government under Mark Rutte has shown a lack of solidarity when it comes to EU cohesion. In May 2020, when the bloc was trying to establish the urgently needed European recovery fund, the Dutch government presented itself as one of the 'Frugal Four' (along with Austria, Denmark and Sweden), arguing against granting Member States non-repayable financial aid to help them overcome the economic crisis.[6]

As if all other EU Member States weren't already suffering from the Netherlands' behaviour as a tax haven, losing out on millions of euros in tax revenue...

Rutte's government has now resigned. However, the polls show that it is likely to return to power after the election on 17 March 2021. This is bad news for all those who depend on a functioning rule of law and a tax policy that generates sufficient revenue to fund public services.