Left and Progressive Governments of Latin America and the Challenges Posed by the Crisis of Civilization (English, German)

In the paper, Edgardo Lander tackles the question to what extent the so-called leftist or "progressive" governments in Latin America, even the most radical ones, are taking steps in the construction of effective alternatives to the civilization model and its relations with "nature". Edgardo Lander is sociologist, professor at the Universidad Central de Venezuela, and associate researcher of the Transnational Institute (TNI).

With the recognition of the deep civilization crisis and the limits of the planet, any project for a democratic transformation of society necessarily has to include radical alternatives to the predatory logic of this society of progress and of subjugation/exploitation of so-called "nature". This requires, in the first place, an anticapitalist option. The logic of capitalist accumulation requires permanent expansion into new territories, the appropriation of new "resources", energies, markets and the labor force.

That pattern of unlimited growth has ceased to be compatible with human life on the planet. Capitalism requires continues growth as a condition for its own existence. Capitalism with zero growth or with negative growth is simply not possible. But anti-capitalism is no longer enough. While capitalism has been the most powerful historical expression of a society of boundless growth and war against the conditions that make life possible, it does not exhaust this model. As the Soviet experience showed, a society without private property can be as developmentalist, productivist and predatory as capitalism.

In these new historical times, the challenges we face are not the same as those of the last century, nor can the theoretical and conceptual tools be the same. The recognition of the limits of the planet imposes new epistemological demands: we cannot think of "society" as something separate from the "nature", nor accept the pretensions of the economy to disregard the inevitably material underpinnings of production. As Enrique Leff states, first of all, we face a crisis of knowledge, of a pattern of knowledge "through which the humanity has built and destroyed the world by its claim of universality, generality and totality; by its objectification and reification of the world..." 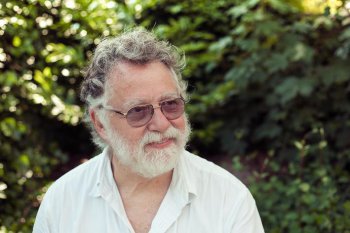