Analysis and Strategy on Right-Wing Populism Over the past decade, many countries have seen the rise and consolidation of support for right-wing populist movements and parties. This development is being increasingly reflected in parliaments and governments alike and now poses a serious challenge, both to parties of the left and to the values at the heart of liberal democracy.

For the past two years, the Copenhagen-based Democracy in Europe Organisation (DEO) has teamed up with the Rosa-Luxemburg-Stiftung Brussels Office (RLS) on a joint project to address the rise of the populist right and the future of European democracy. This collaboration brought together the political left in Germany, Sweden and Denmark for a number of workshops and has now culminated in the publication of a new anthology: Don’t Panic – Analysis and Strategy on Right-Wing Populism.

Contributors include political actors and analysts such as Swedish anti-fascist researcher Mathias Wåg, DIE LINKE policy advisor Kerstin Wolter, Enhedslisten MP Rosa Lund and Vänsterpartiet Party Secretary Aron Etzler, among others. Divided into three sections, the book examines the development of far-right populism in Germany, Sweden and Denmark and the counter-strategies and tactics deployed by the left. It is an informative and thought-provoking contribution to understanding and combating right-wing populism in Europe and sets out some visions for building a stronger left alternative.

The first section provides an overview of the populist right’s impact on the political landscape in three countries, the reaction of the political mainstream to its growth and its influence on public discourse. Section two looks at the strategy of the cordon sanitaire and political non-cooperation with the far-right, outlining the different approaches taken on this question – from isolation to confrontation to instead focusing on developing a stronger left-wing message. The contributions comprise a frank discussion of the pros and cons of the strategies and tactics that have been used to date – with mixed results.

The final section of the book envisages better futures for the left, addressing the dilemmas and lessons in previous chapters and the need to build a mosaic of different movements against the populist right. This discussion was also the main topic of the online book launch on 24 June.

The first speaker, Aron Etzler, Party Secretary and Chief Strategist of Sweden’s left party Vänsterpartiet, highlighted some of the left’s organisational deficiencies – including weak messaging and often poor working conditions in left organisations. He criticised the left for failing to leave its comfort zone, comparing it to a man at the gym who only exercises the same muscles over and over while ignoring other important ones, leaving him with enormous biceps but sticks for legs.

Etzler also gave an update on the unfolding political situation in Sweden, where Vänsterpartiet had just defeated a major plan to liberalise the rental sector, bringing down the government in the process. It was a political success for the left, winning Vänsterpartiet over 2,000 new members in a week while replacing the right-wing talking points of migration and crime in the national debate with issues of social struggle.

He ended with a series of proposals for the left, including the need for self-belief, investment in long-term organising, a more efficient and welcoming culture, and improved messaging. He finished with a call for greater international left collaboration in all these areas.

Building a left ‘on the move’

Kerstin Wolter, a policy advisor for Germany’s DIE LINKE, spoke of the need for left parties to strengthen their relationship with the social movements – to become parties ‘on the move’. Such relationships, she argued, not only strengthen the movements and their political demands – they also benefit the left, through increased support and membership. A stronger relationship with the social movements, Wolter argued, would also benefit the left in government, and she outlined some of the challenges, failures and successes experienced around this thorny issue in Germany.

Wolter also spoke of the need for the left to regain and rebuild the trust of the working class and of the central role that supporting the social movements can play in that – pointing to the campaign for a rent cap in Berlin and campaigns around better wages for nurses as examples from which we can learn. The process of building a left rooted in the movements, she concluded, is ultimately the best strategy against right-wing populism.

Return to the working class

The final speaker, Esben Bøgh Sørensen, looked at the rise of the right and the challenges of the left from a Danish perspective. He placed the growth of the far-right in the context of a decline of party democracy, resulting from a political rift between party elites and the general working-class population. Another factor, he argued, was the disillusionment of classic social democracy, which has consciously distanced itself from working-class socialism in the pursuit of the urban middle class, privatisation and ‘good management’ of capitalism.

The left has not been immune to this trend, Sørensen argues, with its heavy reliance on the new social and protest movements. Combined with the retreat of social democracy, this gap in representation left many working-class voters susceptible to the slogans of right-wing populism.

Although social democracy in Denmark has refocused somewhat on winning back the working-class voters it had lost to the right, Sørensen points out that it has done so largely on economic issues, while embracing many of the policies of the populist right – especially on immigration. Despite this – and the emergence of new party structures – the populist right in Denmark is as strong as ever. According to Sørensen, the left must reach out beyond its comfort zone and rebuild its project centred around class politics, with a focus on workers living outside the major cities.

With contributions such as these, Don’t Panic – Analysis and Strategy on Right-Wing Populism represents a fruitful collaboration between leftist politicians and activists across all three countries and a valuable contribution to understanding and combating the dangerous rise of the populist right in Europe and beyond. 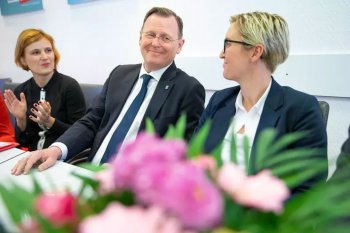 When it comes to beating the left, any way is the right way 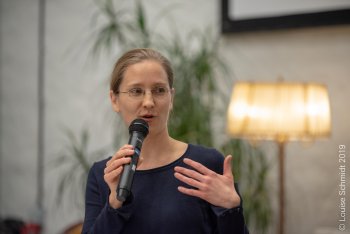 Podcast: Time to get serious 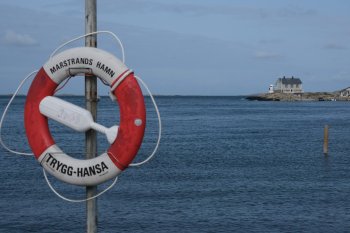 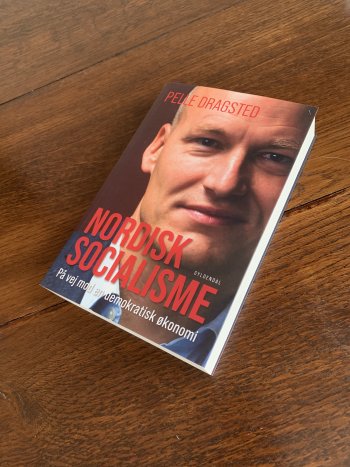 The Ghost of the Danish People's Party