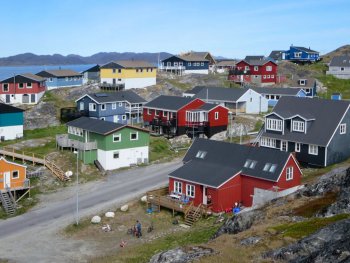 Imagine leading a country where the northernmost point is in Oslo and the southernmost is in the Sahara. Imagine leading such a large country with a total of only 56,256 inhabitants. This is the challenge facing Greenland’s socialist party, Inuit Ataqatigiit (Community of the People – IA), which won a landslide victory in the election on 6 April 2021, taking no less than 37 percent of the vote and 12 of the 31 seats in the Inatsisartut (Greenlandic parliament).

The party's 34-year-old chairperson Múte B. Egede is now the youngest-ever head of Greenland’s government, the Naalakkersuisut. IA could not form a government alone, however, so they have entered a coalition with the social-liberal party Naleraq, with a smaller liberal party, Atassut, providing support.

Greenland’s social-democratic party, Siumut, also increased its representation by one seat, to 10, but it has historically had a strained relationship with IA, even though between them they have often had a majority of votes. This is in large part due to Siumut’s sense of entitlement—it has been in government in Greenland almost continuously since the introduction of home rule in 1978.

Nonetheless, IA has previously participated in government alongside Siumut in 2002–07 and in 2016–18. It has also led the government once before, under the prime ministership of Kuupik Kleist in 2009–13.

6 April also saw municipal elections in Greenland’s five municipalities. IA won a majority in three municipalities—an increase of one. The party now holds the mayoralty in these municipalities, including the powerful position of mayor of Nuuk, the capital.

Greenland is run on a tight budget, despite receiving an annual block grant of almost DKK 4 billion from Denmark. Unsurprisingly, then, the economy was one of the most debated topics during the election campaign: how can a new government secure money for welfare, schools and the expensive infrastructure required in a country where there are no roads between towns, and most travel takes place either by ship or plane?

Greenland’s main sources of income are fishing, tourism and mining. There are great opportunities to develop the fishing sector, where much of the catch is resold frozen and unprocessed. Tourism also offers potential for boosting income, as Greenland is home to a unique range of natural and cultural offerings. However, this sector remains hampered by the expensive travel costs associated with visiting Greenland.

Many attempts have been made over the years at developing Greenland’s mining sector. Cryolite was successfully mined at Ivittuut in southern Greenland until the mine was closed in 1987. Nonetheless, cryolite retains a great political significance, having been used in the US aluminium industry during World War Two.

At Qullissat, on the north side of Disko Island off Greenland’s west coast, coal was mined for a number of years until that mine, too, closed in 1972. Many companies have been given permission to investigate other possibilities for expanded mining in Greenland, but these plans have so far only been realised to a limited extent.

A flat tax rate and the very unequal development between people in the towns and villages has led to great inequality in Greenland, comparable to extremes found in some parts of the United States. Many of the companies in Greenland have been owned by the national government, with many leading politicians holding financial interests and even sitting on the boards of these same companies. Consequently, few politicians have felt compelled to change the tax situation.

Some areas of Greenland therefore continue to suffer extreme social disadvantage, including children living on the streets and being exposed to violence and sexual abuse. Discussing these abuses has long been taboo, but books and television programmes focusing on the issues have recently pressured politicians in both Denmark and Greenland to intervene. Last year, the social ministers of Greenland and Denmark made an agreement on a special children’s package to begin addressing the problem.

One of the reasons for IA’s strong election result is its consistent opposition to further mining in Kvanefjeld in south Greenland, an area containing a number of strategically important rare earths, as well as uranium. Mining here could mean major pollution problems in an area that also depends heavily on both fishing and agriculture.

In recent years, Greenland has seen strong popular movements against mining and the latest poll found that 71 percent of Greenland’s population is opposed to mining in Kvanefjeld.

While Siumut, the social-democratic party, continues to support mining in Kvanefjeld, the other political parties want a referendum before mining is launched here, and IA will put a halt to mining operations in Kvanefjeld for as long as there are no sustainable options.

Greenland has not acceded to the 2015 Paris Agreement on climate change, but there is no doubt that this issue will also be on the agenda under the new government.

Greenland has been of strategic military significance for many years. Formally, the foreign policy of Greenland (like the Faroe Islands) falls under the Danish Foreign Ministry, but Greenland has taken several initiatives to make bilateral agreements, not least with the United States.

During World War Two, the US took effective control of Greenland under the “Greenland Treaty”, building several military bases there. The treaty was agreed with the Danish ambassador to the US, Henrik Kauffmann, who had controversially declared himself the only true representative of a “free and independent Denmark” after Nazi Germany occupied Denmark in 1940.

During the Cold War, Greenland, and the military bases there, remained an important bridgehead for the US, now with regard to the Soviet Union and possible air and rocket routes over the Arctic. Officially, the US was not allowed to fly over Greenland with nuclear weapons, but it has since emerged that multiple Danish governments applied double standards in this regard.

In fact, the US has had up to 30 bases in Greenland, many of them long since abandoned without any effort made to clean up the mess they left behind. Camp Century, where the US dumped thousands of barrels of low-level radioactive waste under the ice sheet, is one of the best known. The US still operates a large radar at Pituffik/Thule in the west of Greenland, and Denmark’s parliament, the Folketing, has recently, at the request of the US, expanded military activity in and around Greenland and the Faroe Islands, at a cost of DKK 1.5 billion to the Danish state.

In a more recent US move against Greenland, former President Donald Trump proposed to buy the territory from Denmark in August 2019, prompting the Greenland government to respond, “We’re open for business, not for sale”. Of course, Trump’s plan did not come to anything. Nonetheless, the US is waging a very active charm offensive targeting the university in Nuuk, young people and the business community, having now established a representation in Greenland.

The tension around Greenland’s foreign policy will remain a difficult issue to manage, not least as the fierce rivalry between the US, Russia and China over control of the Arctic continues to grow.

Another heated debate has emerged in recent years around the construction of three new airports where larger aircraft can land and take off, in Ilulissat, Nuuk and Qaqortoq.

In 2018, the Chinese government offered to build, finance and operate the airports for the people of Greenland. This offer immediately created panic in Washington and later in Copenhagen. Airports are critical infrastructure with possible security policy implications, and Chinese involvement was considered unacceptable to the United States.

The then Danish Prime Minister Lars Løkke Rasmussen immediately travelled to Nuuk and pledged that Denmark would provide substantial funding, both as a subsidy and as a loan and deficit guarantee, for two of the airports.

The project was finally launched in 2019, but there are already reports that the budget will be significantly exceeded.

Historically, Greenland and its peoples were colonised by Denmark, and even today, the Kingdom of Denmark is made up of Greenland and the Faroe Islands—both of which have self-rule—alongside Denmark itself.

The Home Rule Act of 1978 gave Greenlanders the right to act as a more autonomous region inside the Kingdom of Denmark, to speak their own language, Kalaallisut, and to form a local parliament. It also gave Greenland a limited degree of control over its greater political destiny.

Despite local opposition, Greenland joined the European Community along with Denmark in 1973, but in 1982 it voted to leave, following a dispute over fishing rights. It finally left in 1985, although it remains one of the EU’s Overseas Countries and Territories due to its political ties with Denmark.

The Self-Government Act of 2008 gave Greenland the opportunity to take over even more policy areas where it felt confident to do so. The decision on which areas lies with the Greenland government. The 2008 Act also gives Greenlanders the right to independence, should they want it, by means of a referendum.

Unlike the Faroe Islands, however, Greenland has not taken advantage of this opportunity, but there is a recurring debate in the Greenlandic government and society over which political responsibilities should be assumed first, and when a referendum should happen.

This debate about independence and taking on responsibility for more policy areas also flared up several times during the recent election campaign. The new governing party IA supports Greenland’s independence, but believes that there is a pressing need to improve outcomes in education and the economy, so that an independent Greenland does not become economically dependent on another country or one of the great powers.

A new constitution for Greenland is also being drafted, and will contain, among other things, new sections on the transition to independence. This work is expected to be completed in the coming parliamentary term.

Christian Juhl is Member of the Danish Parliament for the Red-Green Alliance.
Spokesperson for the Arctic, Greenland, Faroe Islands, Nordic cooperation and the Baltic Sea Parliamentary Conference (BSPC). Chairperson of the Nordic Green Left Alliance in the Nordic Council. Contact: christian.juhl@ft.dk 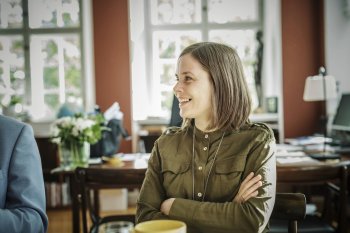 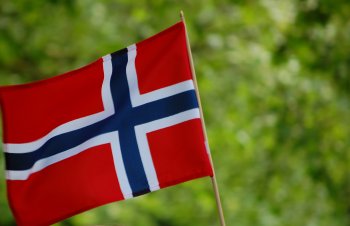 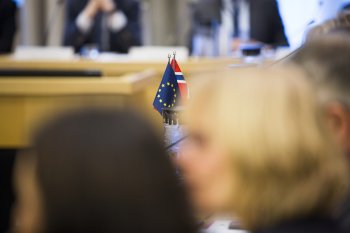