European Action Day for Coca-Cola workers on 5 May 2014

Enough is enough. This was agreed by over 50 representatives of trade unions, workplace unions and staff committees during their meeting on 20-21 March 2014 in Madrid. The aim of the meeting was to exchange experiences on labor and working conditions at Coca-Cola in Europe.

EFFAT, the European Federation of Food, Agriculture and Tourism Trade Unions, and the Rosa-Luxemburg-Stiftung, Brussels Office, had invited to this conference in the Spanish capital. Supported by the Rosa-Luxemburg-Stiftung, the colleagues of Coca-Cola from different European countries met six times since 2011. Their common aim is to intensify the trade union’s cooperation across the European borders.

The first meetings in Frankfurt/Main, Brussels and Rotterdam served mainly to get to know each other and exchange experiences, facts and figures regarding labor conditions at Coca-Cola in the different countries. The consequence was the growing belief that the time has come to actively resist the politics of the Coca-Cola management.

The experiences with collective redundancy, factory closings, and repressions against active trade union members in the United Kingdom, Spain and Greece on the one hand and experiences with outsourcing – particularly in the area of logistics -, the increasing number of precarious work contracts, and the unlimited flexibility of labor and working hours all-over Europe led to the proposal of a European action day. This proposal was born at the conference on 28-29 November 2013 in Antwerp. On the proposed action day at as many locations as possible, thousands of colleagues are going to protest against the politics of Coca-Cola and to inform the public about the current situation at Coca-Cola in Europe.

The workers are no longer willing to tacitly and without protest accept the fact that Coca-Cola carries out its ambitious objectives to increase profits on the workers’ backs.

Therefore the colleagues adopted a manifesto at the conference on 20-21 March 2014 in Madrid, in which they explain their position. Furthermore they agreed on five central requests to be submitted to the central management of Coca-Cola. In conclusion they determined a European Action Day, which will be taking place on 5 May 2014. 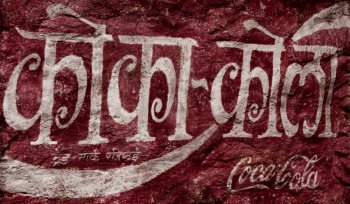