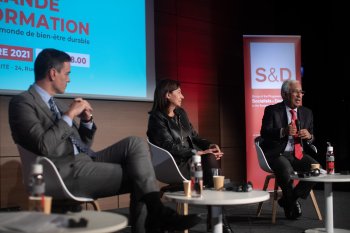 A brief appraisal of the geringonça* government

The four years of the geringonça – a Socialist Party (PS) government with parliamentary support from the Bloco de Esquerda (Left Bloc, or BE) and the Portuguese Communist Party (PCP) – have seen the reversal of some of the austerity policies inherited from the dark years of the Memorandum of Understanding underpinning the Economic Adjustment Programme for Portugal and of the Troika policies rolled out in Portugal under the coalition governments bringing together the centre-right PSD and the Christian Democratic CDS – People's Party (CDS-PP). However, the geringonça has also been marked by a series of tensions and conflicts.

The left-wing parliamentary forces claim that the agreed measures have not been fully implemented. Every year, the General State Budget negotiations sparked tensions, but in a sense these served the purpose of advancing the progressive social welfare agenda (university provision, healthcare, increase in the minimum wage, etc.).

One major source of dissent and deadlock can be found in the European treaties themselves. A study from 2020, spearheaded by economist Francisco Louça (a former leader of the Left Block and a member of the Portuguese Council of State), already pointed out the limitations of progressive economic policies pursued within the framework and architecture of the European Union.

Moreover, the Socialists have refused to negotiate any measures to reform the financial system, described as 'parasitic rentierism' by the left, or any of the labour legislation imposed by the Troika, thus preventing any kind of structural change in Portugal.

The 2019 election: the Socialists refuse to restore the geringonça

Back in 2018, the PS started showing signs of moving towards a political confrontation which, on the eve of the election, would make it possible to stage a dramatic appeal for an absolute majority. And so it turned out: the Socialists opted for scaremongering rhetoric, raising the spectre of a return of the right to power, and so emerged stronger from the 2019 election.

Following the 2019 election, the Left Bloc wanted to negotiate a new agreement for the legislature, along the lines of the agreement that had been in force over the previous four years. The party therefore presented its minimum programme on labour issues with a view to eliminating the regressive measures introduced by the Troika, including the devaluation of overtime, the reduction of holiday entitlement and the reduction of the basis for calculating severance pay from 30 to 12 days for each year of work.

For their part, the Communists refused to enter into any kind of written agreement, opting instead to negotiate the general budget every year on a case-by-case basis. Against this backdrop, the Socialist Party decided to follow a similar path, allowing it to avoid having to accept any (written) preconditions, given that the "state of necessity" in which the PS had entered the negotiations in 2015 no longer applied.

Thus, the Socialist minority government embarked on this new chapter in 2019, negotiating one budget at a time, while speaking increasingly openly about the looming prospect of a political crisis and demonstrating hostility in various ways towards the parties of the left.

According to Adriano Campos, three factors help us understand the PS's refusal to reach a renewed accommodation with its allies. First, there was António Costa's alignment with President Macron's tactics, i.e. opting for centrist policies that exclude the left from positions of influence in the economy and in labour relations. Second, there was the PS yielding to concerted pressure from employers to keep in place the Troika's punishing labour regulations. The third reason for Costa's strategic stance since 2015 was the desire for an absolute majority – a precondition for any future repositioning of the PS vis-à-vis the left.

How an early election in January 2022 came about

The pandemic highlighted the weakness of Portugal's welfare state, including precarity, very high levels of informal employment, the economy's overdependence on tourism, and a lack of decent housing, among other structural problems.

The public health system quickly collapsed due to a shortage of healthcare professionals. Thousands of people were made redundant, as the dismissal regulations imposed by the Troika were still in force. Portugal spent only 5.6% of GDP on emergency measures during the crisis, i.e. a level that lags behind the European average. This meagre budget and the lack of public policies to boost the welfare state and protect workers exacerbated social inequalities in Portugal.

Pursuing his Macron-style strategy and once again raising the spectre of "it's either me or the right", Socialist leader António Costa rejected, either outright or in part, all the proposals put forward by the Left Bloc for healthcare, pensions and labour legislation. The Communists, for their part, called for a rise in the minimum wage, as well as for higher pensions and extra places in public nurseries.

Upon the launch of the budget proposal, Portuguese President Marcelo Rebelo de Sousa publicly warned the parties that he would dissolve Parliament if the proposed budget was rejected, despite there being no constitutional justification for such a step (given that a failure to approve the proposed budget does not lead to the dissolution of Parliament). This allowed Costa to pursue his strategy of securing an absolute majority and his "it's either me or the right" blackmail-based approach.

Following the rejection of the budget (with only the Socialist Party voting in favour, and the abstention of the pro-animal-rights PAN and two independent MPs), Parliament was dissolved, with a parliamentary election due to be held on 30 January 2022.

Neither the pre-election opinion polls nor the results of the recent local elections suggest that there will be substantial changes to the balance of parliamentary forces. It does not look as if there will be an overwhelming victory for the conservatives, advances for the Portuguese far right or an absolute majority for the Socialists, as Costa is hoping for. This means that there is a chance for the left-wing parties to force the Socialist Party to negotiate new progressive agreements and pursue the path taken by the geringonça in 2015.

* This term, meaning 'botched job', was coined by former right-wing Vice-President Paulo Portas, but was subsequently adopted by the parties to the agreement. 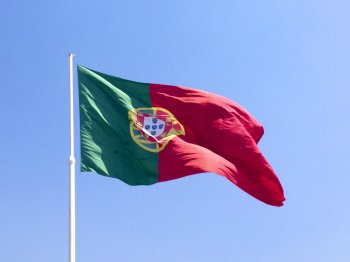