Countering the neoliberal privatisation of services 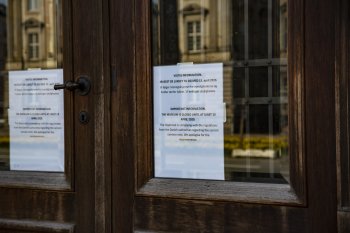 Will the COVID-19 pandemic drive further privatisation of the services sector and a new wave of austerity, or can we expect a departure from neoliberal orthodoxy, towards re-municipalisation and increased public investments? These were just some of the questions posed in an online debate with Dr Dieter Plehwe and Dr Mirjam Katzin on 11 November.

The COVID-19 pandemic has shown the injustice and inefficiency of the privatising, outsourcing and commodifying of vital public services. It has also exposed the inadequacy of the current system in dealing with the mass job losses from national lockdowns, magnifying levels of inequality already worsened by several decades of austerity. However, there has also been growth in awareness of the importance of such services in times of crisis, underlining the need for strong, public, services.

Despite decades of neoliberalism, and the recent decade of austerity inflicted upon working class communities, many responses to the COVID crisis have reflected an historic departure from the established “rules”. Governments have engaged in large-scale monetary stimulus, while local and regional administrations – often-overlooked – have played leading roles as frontline emergency first-responders, serving people and communities.

Nonetheless, Dr Dieter Plehwe, Research Fellow at the WZB Berlin Social Science Center, argues that while the pandemic has led to a limited “return of the state”, it is too early to describe this as the beginning of a new post-neoliberal era. The demise of neoliberalism has been prematurely announced many times before, and such short term steps as we have seen are not enough to prove its passing.

For Plehwe, there are three possible scenarios after the pandemic: a return to the status quo, a full rupture from neoliberalism, or selective departures based on contestation and struggle. It is the last of these that he sees currently taking place and he argues that the left should focus on key contestations – in particular the fight against privatisations – in order to eventually turn the tide against the neoliberal order.

In the services sector, a lack of resources has created an underpaid and overworked workforce and a creeping privatisation has eroded the universalist basis of service provision. While Plehwe identifies a growth in Germany’s welfare state in the 1990s, this involved its transformation on neoliberal terms, relying on for-profit actors and insurance schemes. The trajectory is towards a minimalist, largely privatised system, where only a bare minimum of services remain universal, while large private companies dominate, providing “additional” services once considered universal.

Now, a number of struggles are emerging, with service workers and unions demanding both higher wages and better funding. They are the result of strong, bottom-up movements contesting the neoliberal status quo, and have led to the strong reunionisation of the workforce in some sectors (for example among nurses in Berlin). There is, Plehwe believes, a need to use such openings to rebuild social agency and capacity to take back public control of services and for a more comprehensive rupture.

Dr Mirjam Katzin, author of a doctoral thesis on the privatisation of home care in Sweden, looked at the experience there and how the Swedish welfare model has evolved in the past decade. She focussed particularly on the privatisation of home care services for the elderly, which have received considerable attention during the pandemic due to the relatively high death rates in the sector.

Sweden was once a famously robust welfare state, especially in care and elderly care, with an ambitiously high level of service for all, but a large bulk of the sector has now been privatised. In what she described as a form of “circumscribed neoliberalism”, Katzin argued that the Swedish welfare state has not been “deregulated” so much as “reconfigured” – the basic structure of the welfare state preserved and playing host to private actors and quasi-markets for service delivery actively created by the state.

The resulting privatisation, particularly since 2006, has been less one of financing or ultimate responsibility – these remain public – but rather of service delivery (and profit). Unlike in other countries, where religious non-profit organisations have stepped in, the opening up of the care sector in Sweden was brutal, a “decentralisation” from the municipalities to private actors that made government oversight impossible. The reforms allowed large finance capital firms to enter the high profit sector, cutting service quality, and leaving the door open to fraud and rampant criminality.

The reforms, and subsequent problems, caused a sharp reaction, as the costs of care increased and the responsibility for making up the shortfall shifted to women in unpaid caring roles. Sweden’s left party, Vänsterpartiet, drove a national debate around capping profits in the welfare sector, and the subsequent recent minority government tried unsuccessfully to update the reforms. While the surge of privatisation in healthcare has now largely stopped, the issue remains unresolved in Swedish politics ahead of national elections in 2022.

The introduction of the profit motive into services has also exposed conflicting priorities of companies operating in the sector, between service provision and their bottom line. The pandemic has underscored this problem, with figures suggesting that death tolls may have been higher at private institutions. More recently, the elderly care sector has seen a move towards remunicipalisation of services, as councils realise the difficulties of dealing with fraud and criminal behaviour by private actors in the sector.

The pandemic has provided an opportunity to discuss, not just costs and competition, but what are the fundamental objectives of public health and care services. Unfortunately, both speakers agreed that the left has thus far failed to benefit from the crisis, however, and there is a disconnect between often successful movements on the ground and the growth of leftwing political parties. If we are to break from the destructive logic of neoliberalism and return to a people-focused system of service provision, the current juncture provides openings that the left cannot afford to miss.

This event was part of a series of online debates being held throughout 2021, addressing the COVID-19 economic crisis and mapping dilemmas, opportunities and strategies for the left. The meetings are a collaboration between the Democracy in Europe Organisation (DEO), the Rosa-Luxemburg-Stiftung Brussels Office and three left-wing parties: Enhedslisten (Denmark), Vänsterpartiet (Sweden) and Die LINKE (Germany). 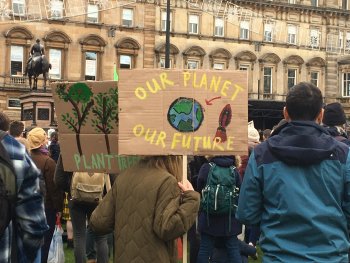