The digital transformation – semiconductors and the necessary traffic change 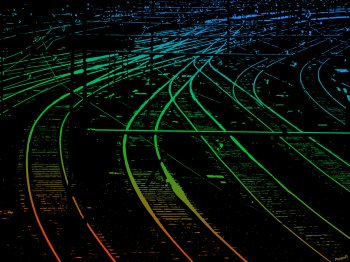 On 8 February 2022, the European Commission introduced the long-awaited “Chips Act” – EUR 43 billion will be raised across Europe to support the semiconductor industry. European rules on state aid should be softened in order to achieve this objective. This immediately calls out critics who fear restrictions on competition and free trade. However, this industrial offensive is to be welcomed in principle, because the digital transformation generates a rapidly growing demand for microchips, meaning that establishment of its own semiconductor industry is therefore a matter of urgency, explains Martin Schirdewan, the group chairman of THE LEFT in the European Parliament. Europe's share of global chip production has declined in recent years, as significant funding has flowed into the sector in other parts of the world. By the end of the decade, the European share of world production is to double from ten to 20 percent, as per the aim of the European Commission. Semiconductors are an important production factor for the automotive industry, as electrically powered cars, as well as connected and autonomous driving, will further fuel demand for semiconductors. On top of this, under the European Commission's Green Deal and the EU Fit for 55 package, the de facto end of the internal combustion engine car is set: 2035 is currently being negotiated as the end date.

Social constraints and climate targets as a condition

However, it is all the more important to tie the promotion of the semiconductor industry to social requirements and climate targets, as well as to enable state participation in the economic success of the supported companies. For example, EU Member States' funds for economic reconstruction after the Corona crisis have not been sufficiently linked to climate and social conditions: in France and Germany, companies that have received state aid have not been obliged to give up dividend payments and to maintain workers' jobs. As an example, the Higher Council for Climate has calculated that 70 billion of French state aid will lead to a blatant increase in greenhouse gas emissions and thus endanger climate protection. And in the midst of the Corona pandemic, for example, the dividend payment of the German car manufacturer Daimler was increased from EUR 1 billion to EUR 1.4 billion, while employees had to accept wage cuts on occasion. This must not happen again in the course of the development of the semiconductor industry: climate and social conditions must be linked to the receipt of funds. In addition, balanced regional economic development within the EU must be ensured so that not only rich Member States benefit from development of the semiconductor industry - this was demanded by IndustriALL Europe on 10 February 2022.

A similar commitment to the construction of the semiconductor industry is also required for the railway sector in the EU: This sector has faced losses of 50 billion since the pandemic began in 2020. This is where the EU Member States and the EU level must step in to meet the self-imposed goal of climate neutrality by 2050 in the European Green Deal and achieve comprehensive cross-border expansion of rail transport. This is because the switch to electric cars will neither lead to the necessary cuts in emissions, nor solve the space problems in our cities – instead, they will get worse in view of an increasing demand for charging space for electric cars. The establishment of an alternative mobility industry, e.g. in the railway and rail vehicle industry, could create 69,000 jobs in Germany alone (Candeias, Krull, Spurwechsel, 2022). However, in order to build an alternative mobility industry, one thing must also be clear: in the necessary tenders, “local production” must become a selection criterion in order to allow uniform industrial development in the EU – because the current legal situation can lead to the paradoxical situation that a country invests millions in the construction of railways and railways but does not create a single job on the ground (see Matteo Gaddi’s argument in the study “The Need for Transformation”). This urgently needs to be changed in order to create solid work on the ground in the necessary transformation: in line with the “just transition” for employees in the automotive industry.