Right to mobility on both sides of the Atlantic: Brazil in the run-up to the presidential elections In Germany, the discussion about the €9 ticket, which allows the use of regional public transport everywhere in Germany for €9 a month, is on everyone's lips. Despite its resounding success, the German government has not yet presented a follow-up project, so the €9 ticket will expire at the end of August this year. More than 30 million people (about 40 per cent of the population) in Germany have made use of this offer and this shows how great the need for mobility and how important the right to mobility is, especially in view of the crisis of the rising cost of living. Although the €9 ticket has reduced car traffic only to a small extent, this ticket has opened a window of opportunity to discuss the connection between climate protection and social justice: an affordable public transport ticket enables social participation for all, and makes an important contribution to climate protection and the fight against poverty. In the campaign “9-Euro-Ticket weiterfahren” (“Make €9 ticket go further”), Attac Deutschland, Changing Cities and the Conceptual Work New Economy, among others, are demanding that the €9 ticket be continued, that regional public transport be expanded, and better working conditions for employees in that field. The party DIE LINKE. are also calling for a follow-up solution for the €9 ticket and proposing the abolition of tax support for company cars (company car privilege) as a counter-financing method. €2 billion per year could be saved from this climate-damaging and socially unfair subsidy and used for climate-friendly mobility. The German Federal Environment Agency estimates the environmentally harmful subsidies in the transport sector to be approximately €30 billion per year for Germany. The €9 ticket would cost €10 billion a year, but it would ultimately be cheap. The German Trade Union Confederation of Baden-Württemberg is calling for a federal public fund to create a successor solution for the €9 ticket.

The discussion about affordable or even free regional public transport plays an important role not only in Germany or the EU, but also in Brazil. The next presidential election will be held there on 2 October 2022, with a close race looming between incumbent far-right President Jair Bolsonaro and Workers' Party candidate Luiz Inacio Lula da Silva. In 2013, the movement for free public transport in Brazil (Movimento Passe Livre and Tarifa Zero) grew into an impressive movement as thousands took to the streets to protest the increase in bus prices. The Brazilian police reacted massively and with violence against the demonstrators, but this did not deter the people; instead, it mobilised workers and families to join the protests.[1] At the moment, the zero tariff in Brazil can only be financed on a community level, and legitimate demands are repeatedly made to include the federal level in order to secure the funding. Meanwhile, more than 45 municipalities in Brazil have regional public transport at no cost, and as the cost of living increases, its expansion is becoming increasingly urgent. As Senator Paulo Paim (Workers' Party/PT) explained at the recent Rosa Luxemburg Foundation Conference in Brazil, 10 per cent of disposable income would be spent on mobility by average families in Brazil. An amendment to the Brazilian constitution made it clear that transport and mobility were a social right, but in most regions of Brazil public transport was simply not affordable for ordinary earners. On the contrary, if they were caught without a ticket, they would face 90 days in prison, according to Lucio Gregori, former Community Secretary for Traffic in Sao Paulo (PT). In a city like Sao Paulo with about 20 million inhabitants, 70 per cent of the public space is reserved for cars – a stark mismatch that urgently needs to be corrected by increasing the price of parking spaces and 'making the city more expensive' for large and heavy cars. If the zero fare were introduced in Sao Paulo, passenger numbers on public transport could triple – ensuring the right to the city for everyone in Sao Paulo. Lucio Gregori demanded that the federal level be involved in the regional transport costs in order to better distribute the costs for a zero tariff – for example, the federal level could introduce a tax on cars.

Cars and motorcycles as a question of survival

Unfortunately, however, the trend in recent years has been moving in a completely different direction in Brazil: even before the coronavirus pandemic, passenger numbers in public transport had collapsed, bus lines had been cut, urban districts had been cut off from public transport and timings had been thinned out, making them a less attractive prospect. Buying a car and/or moped or motorcycle becomes a matter of survival, because millions of people in Brazil have no other way of getting to work, let alone visiting family and friends. One activist put it in a nutshell: the class struggle expresses itself in the organisation and social/spatial division of the city, so that the buyers of motorcycles are not privileged, but rather forced to resort to this means of transport. Another activist described how black people in Brazil needed a motorcycle because bus drivers often would not stop when black people and/or people of colour were waiting at the bus stop. Iza Lourenca, Belo Horizonte councillor, described how the situation had deteriorated under Bolsonaro: for years, there would have been a cheap fare for using Belo Horizonte's light rail so that people could be mobile in the city. However, recent increases in light rail fares have reduced the number of passengers by 400,000, and the privatisation of rail services is causing an imminent collapse of Brazil's transport system.

Successes in Brazil and Germany

The successes of the municipalities discussed during the conference are all the more gratifying: The city council of Caeté (Minas Gerais province) explained how two per cent of the city budget is sufficient to operate eight bus lines at no charge, in public hands and to increase the number of passengers from 15,000 previously to 78,000 today. In the city of Marica (state of Rio de Janeiro) the famous and very popular red, free buses were introduced in 2015: buses and employees have been owned by the city since the concession contract was terminated. The number of bus routes has increased to 21, the number of employees has also increased, and today the bus company can record three million trips per month – an extremely positive effect for people and the city. And of course, the buses are comfortably furnished: air conditioning and WiFi are standard. Detlef Tabbert, Mayor (DIE LINKE.) of the German city of Templin, also reported the enormous response to the annual public transport card, which costs only €44 a year: five per cent of the city budget was allocated to regional public transport in order to reduce the environmental impact on residents, make the place more attractive for tourists and improve the mobility of the population. With the introduction of the annual pass for €44, the number of passengers on regional public transport has increased tenfold from 40,000 to 400,000. In order to involve local citizens in transport planning, a citizens' meeting takes place once a year, where ideas can be introduced – a great increase in democracy and acceptance among the population.

A mobility transition in solidarity

And this shows that a mobility transition in solidarity on both sides of the Atlantic requires the removal of subsidies for the car industry, funding for a well-developed, affordable public transport by the federal level, and expanding it in the area. In addition, it is necessary to democratically involve citizens in the various districts or regions, and users of public transport, in transport planning in order for their concerns to be heard. In order to achieve social justice and climate protection, we need a mutually supportive movement away from motorised individual transport and towards public transport. The recent study by Attac (et al.)[2] shows how strongly the automotive industry on both sides of the Atlantic has influenced the planned text of the EU-Mercosur trade agreement to secure markets and supply chains. This is where we need to change direction: by building a European (see the study “Lane Change”) and Brazilian mobility industry (see “The Need for Transformation” for more on this) for the production of buses and rail vehicles, and by expanding public transport, affordable for everyone and preferably at no cost. So that the right to the city, the right to mobility and a life within planetary boundaries can become a reality for all.

[2] Putting the Brakes on the Mobility Transition, The EU-Mercosur Agreement and the Automotive Industry, June 2022 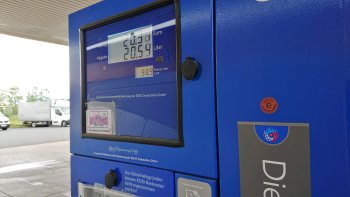 Right to mobility – in Cologne, in São Paulo, in Boston…