Transdisciplinary International Conference: The Future of Trade in a Polarized World Order 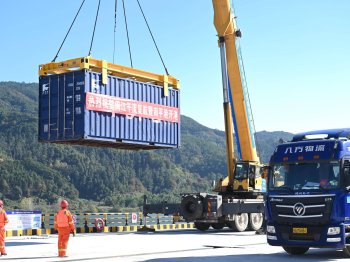 With the conference “Future of trade in a polarized world order” we want to bring a variety of disciplines and stakeholders together whom we invite to participate in our call for contributions of either research or discussion papers.

I. Motivation and Objectives

Neoliberal globalization is in deep crisis. After more than 30 years, with its emphasis on the progressive liberalization of international trade, investment and financial flows, this political paradigm might arguably approach its demise. This is the result of the full unfolding of the internal contradictions produced by it.

These include in particular chronic financial instability, rising global inequalities, and an increasingly dysfunctional economy, marked by growing vulnerabilities in global production networks and, last but not least, an evident failure to deal with the climate crisis. On the political terrain, this is matched by a loss of legitimacy of liberal democratic systems, and the rise of authoritarian populism both in the capitalist core but also in the countries of global South. At the international level, a geopolitical confrontation between the United States and China has been unfolding, which poses a growing threat to global peace.

All of these developments have resulted in a profound crisis of global politics precisely at a moment in history, when international cooperation to tackle the grand challenges of our time has become extremely difficult. Within the next years the time window for enacting decisive action against the impending climate catastrophe will be closing. The decisions of the next few years will thus largely prefigure the fate of societies throughout the 21st century. Against this situation, progressive social forces both in the academic community and civil society must not stand aside. Instead, they need to stand up to their social responsibility and strive to make a contribution to tackling the grand challenges of our times. A transdisciplinary cooperation between the socially committed academic community and civil society on a progressive agenda for international economic cooperation is needed.

In this vein, the conference wants to achieve three main objectives:

Against this background, contributions from both communities are explicitly welcome and can be made in two categories: “Research papers” and “Discussion papers”. Research papers are solicited from a variety of academic disciplines, such as e.g., Economics, Political Science, International Relations, International/Global Political Economy, Sociology, Development Studies and Law. Research papers will be accepted strictly on criteria of academic quality and relevance to the topics of the conference. Accepted papers will be assigned to parallel thematic tracks.
In marked contrast to standard academic conferences, we also want to encourage contributions from social activists, trade unionists as well as other civil society stakeholders in the form of “Discussion papers”. On the basis of ongoing work, campaign and struggles, they should provide analysis, alternative visions and approaches to current issues. These papers can be rather short (roughly 4 – 8 pages), are not expected to follow academic conventions, but nonetheless should be clearly written and structured. The focus is on sharing experiences and on raising issues, where a need for further research and analysis is considered pertinent. “Discussion papers” will be accepted on criteria of political relevance and diversity of perspectives offered. “Discussion papers” will be presented in multi stakeholder workshops providing space for feedback and discussion between civil society and academics/researchers.

We are seeking contributions particularly with respect to the following topics:

Against the background of the crisis of the WTO as the main institutional mechanism for multilateral trade governance, and given the necessary socio-ecological transformation of our modes of production and consumption, we are interested in contributions that propose alternative visions of the role of trade (in a broad sense, i.e. including investment, IPRs, regulations etc.) in global society and make specific proposals of what that would entail for trade governance in general as well as for rebuilding more inclusive and balanced international organizational and legal frameworks. Contributions from a variety of theoretical and normative positions, are again encouraged.

The deadline for submission of proposals for papers is: 10 March 2023.
Please send an abstract (max. 500 words) via the website: www.oefse.at/veranstaltungen/future-of-trade-conference

Decisions on accepted papers will be made by 30 March 2023. In case of acceptance, full papers are due by 2 June 2023. All papers will be posted on the conference web page.

The conference language is English. The conference venue will be the Centre for International Development in Vienna/Austria, see: www.centrum3.at

A number of conference sessions (plenaries, workshops) will be held in hybrid format.

Further information on registration, the conference programme and other organization issues will be made available online via the conference webpage: end of April.

The Organisation Committee of the conference consists of:

An Advisory Board will be formed, consisting of both academic and civil society representatives.

Further enquiries may be directed to the conference coordinator Theresa Kofler: t.kofler@oefse.at 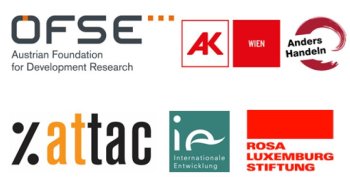