The Congress formalized the birth of the party Sinistra, Ecologia and Libertà, therefore merging the founding parties and movements, cooperating since 2009 ( Movimento per la Sinistra ( from PRC), Uniti per la Sinistra (from PdCI), a part of the Greens, Sinistra Democratica). Numbers: more than 1000 delegates representing 42,000 SEL members. Note that the high number of SEL members was highly facilitated by membership’s online procedure.

The delegates elected the National assembly (Assemblea Nazionale – 250 members representing territories including 15 from chosen at national level) approved the Statute and elected Vendola as President of the Party. Please note that decisions on the party management bodies will be taken in a few months time (by the National Assembly).

In general, the Congress was considered successful. The press covered the event largely and focused mostly in Nichi Vendola’s person , insisting in shaping him as the new hope for the leaders of the Italian Left. Comments in Leftist press were in general positive. Many analysts interpreted SEL congress as the start of the Vendola’s electoral campaign for Primary elections.

Epifani’s intervention (outgoing CGIL Secretary) was very appreciated by the public. The new Secretary of FIOM (Metal workers trade union), Mr. Landini , is a member of SEL. Trade unions are widely present in the Party. Very critical approach on the Pomigliano and Melfi recent cases was unanimously shared (contrary to PD which did not have an official position).

Lothar Bisky intervened in the first day of the congress, as President of GUE/NGL and Linke representative. Key issues of his speech: Italian left showed solidarity to German Left when it was experiencing difficulties, now it is time for the German left to be close to the Italians + there is a lack in Europe of the Italian Left. On the European level, Monica Frassoni (President of the European Green Party) made an intervention and Martin Schulz (ASDE) sent a message.

Many public interventions from different organizations were hosted in the Plenary session (from ARCI to Environmental organization…) and the decision to reserve in the National Assembly a permanent role for the participation of civil society was taken. There is definitely high interest in the progressive civil society for SEL.

Wide interest by other Leftist parties and wider public

All opposition forces were invited and represented. Nevertheless, it is worth noting that no Bersani or di Pietro attended the Congress. On the contrary, Ferrero was present.

The creation of a Forum for Europe within the Party, which will be tackling European issues. This could represent a mean of cooperation with foreign Leftist parties (e.g. Linke).

Compulsory representation of at least 40 % of women in all Party bodies + wide use of internet technology for the Party decision making process. In Italy, I don’t think other parties have so progressive rules.

High participation of young people in the congress ( many to their first political experience) contributes to foster the image of a young and dynamic Party + innovative practices ( e.g. only “public water” was available in the Congress premises + “zero CO2 impact congress” – there will be an estimation of CO2 emissions made during the congress and compensatory actions “to repair” the created environmental damage.

Two different conception of the new born party are emerging: one wing is considering SEL as a transitional instrument in order to promote the birth of a wider leftist coalition, which could lead to a new big Left party in Italy (Vendola ‘s position). Another wing would like to establish and structure the party in a more traditional way and define itself within the paradigms of a more traditional leftist wing force.

SEL is more and more identified with Vendola: this could undermine the consolidation of a real party. 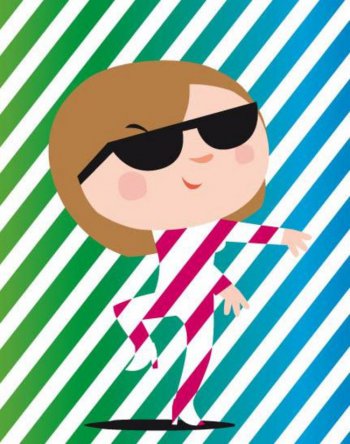