What remains of Europe? For large sections of the population the answer is very little. Instead they are facing deepening of the neoliberal crisis and austerity policy, entrenchment of the European border regime and the rise of the far right. In view of such woes, it might be reasonable to think that nothing is going well in Europe. What scope is there in Europe to counteract that development? In other words, what is happening on the left in Europe and what efforts are there to develop a left-wing counterforce?

The fight against austerity policy has led to broad-based social mobilisation in Greece and Spain. In recent years, left-wing parties have made strong advances there, as well as in other countries in Europe, despite massive opposition, and have governed or formed part of a governing coalition in Greece and Portugal. The European left had high hopes of what might be achieved, including in particular an escape from the grip of neoliberal crisis policy. Those hopes, however, were initially dashed. The only way to force a departure from austerity policy is by attaining a majority in the institutions that make such policy, or through large sections of the population pushing for a break with the institutions that are responsible for austerity policy. The strategies of the (party) political left in Europe also run along those two lines.
Some left-wing European parties are focused on confrontation with the EU institutions and ensuring they have a left-wing “Plan B” ready for the event of a split or collapse of the EU. Others are concentrating on achieving parliamentary and social majorities to forge an “Alliance Against Austerity – For Democracy”, as launched by the Party of the European Left, which is designed to strengthen the left’s position in the struggle within the institutions. The two positions are not mutually exclusive and indeed overlap. In addition, the DiEM25 movement launched by Yanis Varoufakis is an attempt to develop a broad-based European alliance that is seeking allies for the “democratisation of Europe” well beyond the left-wing party spectrum.

An example of a highly successful European civil society networking strategy is the European “Stop TTIP” campaign, which performs cross-border strategy development and regularly mobilises activists in Brussels during the official TTIP negotiations. The experiences and resources of international NGOs naturally play an important role in that, since it takes time and resources to link up such work at the European level, for instance to conduct a strategic discussion in three or more languages.

There are also efforts to connect activists at the European level with respect to other topics such as housing and migration. Forging links is most effective if the necessary resources are available. The failure to escape from the austerity drive at the EU level has led many political activists to concentrate increasingly on local solidarity work, such as in Greece, where anti-racist and refugee solidarity initiatives have gained considerable support in recent months. In Athens the vacant City Plaza Hotel was recently occupied and refugees are now living there, together with activists. Yet how can such local efforts be better connected at the European level? Here it may be worth taking a look at Spain. Many civic platforms came out on top in Spain’s regional and local council elections last year. They are seeking to implement left-wing policies in cities such as Madrid and Barcelona against the background of years of mismanagement and corruption, and are joining forces as rebel cities at the national level. However, the European level also plays a role here. A European networking meeting of representatives of TTIP-free towns and authorities was recently held in the rebel city of Barcelona. Successful European campaigns require good infrastructure in the Member States, as well as at the local level. The dispute in Brussels, where numerous lobby groups representing capital are well equipped to advance their interests, goes hand in hand with struggles at the national and local level.

The conflict between capital and labour remains decisive, and there is also an urgent need for strong organisation of workers at the European level. Many trade unions in Europe are now involved in the “Stop TTIP” movement, not least owing to strong civil society pressure, and the European Trade Union Confederation (ETUC) repeatedly organises campaigns and calls for an end to austerity policy and for more investments. However, a strategy to succeed in challenging transnational capital still requires a lot of work.

France is a current example of the importance of interaction between trade unions and social movements. The Nuit debout movement is in dialogue with the French General Confederation of Labour (CGT), and the conflict over the dismantling of workers rights in France is currently being waged in front of French oil refineries and on the Place de la République. The Nuit debout movement is now seeking to forge links at the European level and recently hosted a strategic European meeting to that end.

The first steps are already being taken towards organisation of workers at the European level in terms of specific sectors and companies. For example, the Coca-Cola works councils hold regular strategic meetings to develop joint responses to the planned group restructuring at Coca-Cola in solidarity with one another. Employees of Amazon have conducted joint campaigns in Germany and Poland. A further step would be to attempt to establish European works councils at transnational companies for the purpose of organising labour disputes at the European level.

The EU’s treatment of Greece, the authoritarian response to refugee flows and the radicalisation of the right in Europe have shown that the left needs to rethink its previous policy change strategies. How can joint action succeed and what makes solidarity effective? Those are questions being discussed by representatives of emancipatory movements at a conference in Berlin in early June. The RosaLux newsroom will survey the situation in Europe in an online “Focus” article. 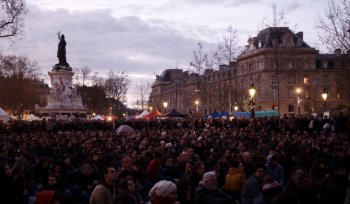 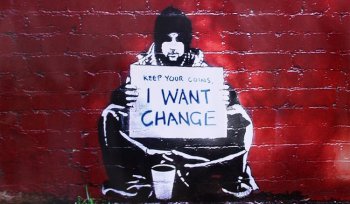