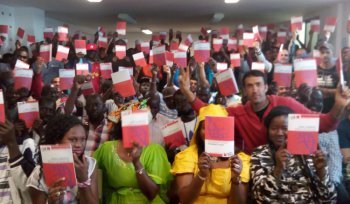 Big parts of Europe are taking the fruits – in the literal sense – of labor of many agricultural workers for granted. Take Madrid, Berlin, Paris, Brussels or any other place: the shelfs in supermarkets are filled with fruits and vegetables from Southern Spain. But almost anybody is aware of the conditions under which those are being produced, of the poor wages for the grinding work and its consequences for the health of the workers. And this is also true for all the other stuff on sale in the globalised world: nearly anybody wants to know what really is inside. How can we change this?

Together with Spanish the trade union SOC–SAT Almería we have organised seminars for agricultural workers in Southern Spain last year. The impressions were overwhelming: the enormous plastic sea of the greenhouses on one hand and the practiced solidarity between many workers on the other.

The idea to develop this manual for agricultural workers came up during the seminars with them in Southern Spain. It is a tool for them to know and claim their rights: fair working conditions, health, education and participation in the democratic life of the place they live. Because to know your rights is the condition for a first step to "overthrow all conditions in which man is a debased, enslaved, neglected, contemptible being" (Karl Marx).

This is how two manuals saw the light of day in 2017: one for workers in Granada and one for workers in Almería. They have been written in Spanish and will serve as the basis for further seminars to be held by SOC-SAT during the year. 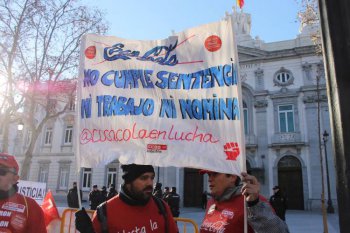