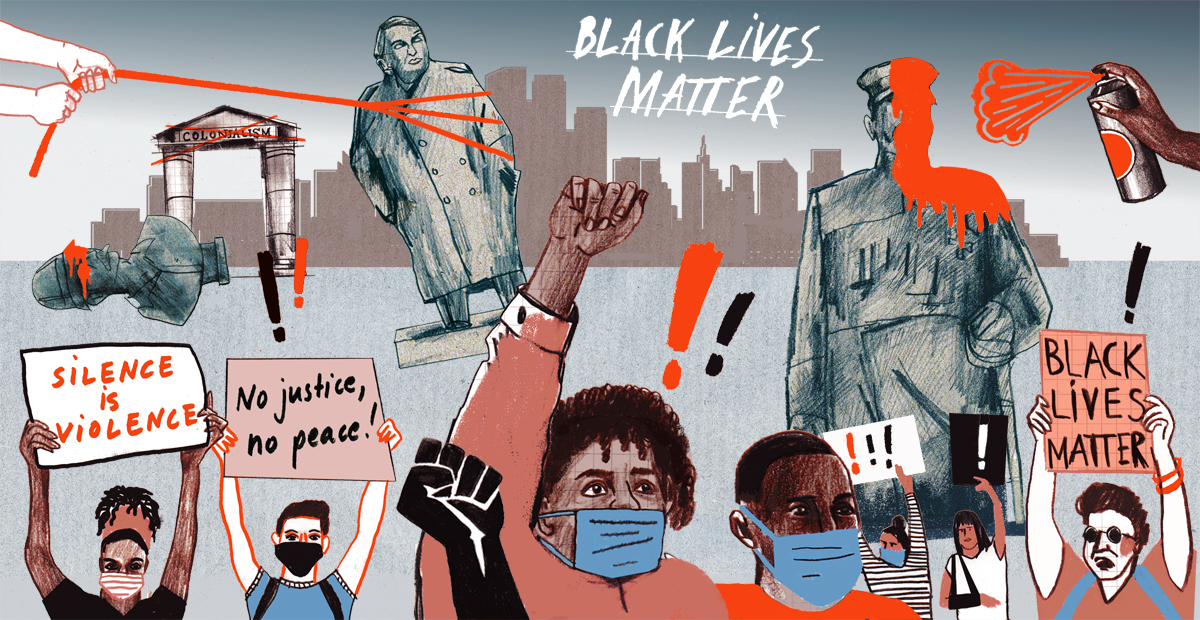 Yet again, the past has erupted through society’s longstanding fault lines. In the wake of the umpteenth murder of an African American in the United States, thousands took to the streets to oppose the systematic violence perpetrated against African-Americans.

The protesters then began tearing down statues of those public figures who were directly responsible for that past – statues representing the bad conscience of the ruling class across Europe and the United States. It is often in the struggle over the memory of the past that historical caesuras emerge capable of giving a new direction to the future. We must address the past in order to discuss the present and design a different tomorrow.

We want to seize this opportunity to gather together all the threads that slowly lead from the shadows of the past to the figures of our present. We want to compile a collection of online articles from multiple countries that allow us not to go backwards, but to move forwards from the past to the present. Understanding which historical figures are contested – and the associated context – is necessary in order to understand who todays oppressors are.

At a time when inequality, exploitation and oppression are becoming unbearable, this is one opportunity that we must not fail to seize. To restore memory means to build a shared vision, a community and a direction. To this end, we wish to produce and publish a series of articles providing a panoramic, Europe-wide view of these protests against the colonial past, highlighting just how much these protests against the past throw the contradictions of the present into sharp relief.

Here we publish the first two pieces of these series like a preamble and hopefully as support of our conference Un passé qui fait mal in collaboration with the Association Culturelle Joseph Jacquemotte.

Federico Tomasone, Project Manager at the Brussels Office of Rosa-Luxemburg-Stiftung