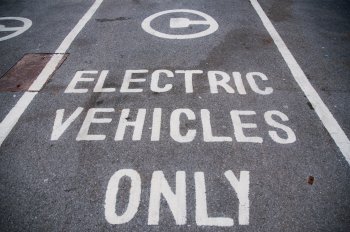 Online-Conference organised by the Rosa-Luxemburg-Stiftung Brussels

The European Green Deal as presented by the European Commission in December 2019 and the urgency to find answers to the global climate heating advanced the discussion on clean mobility solutions. Battery electric vehicles are considered as “ecological”, locally low-emission vehicles.

But it is clear that the production of electric cars, its batteries and the extraction of raw materials such as lithium and nickel cause a significant ecological footprint.

Lithium for the electric vehicle batteries production comes mainly from Latin America and accounts for 50 percent of global production. One significant problem there is the negative impact of water extraction on the nearby arid ecosystems from the Andes.

For nickel, one of the main raw materials in electric batteries, Indonesia is currently the biggest source, but here social and environmental exploitation is prominent, with air – and seawater pollution being especially large threats. In view of the rising demand, Indonesia senses an opportunity to help its own industry make a breakthrough. The government no longer wants to act only as a supplier of raw materials, but to process the sought-after metal in its own country.

On 10 March 2021, the European Parliament called for the urgent adoption of a binding EU law (due diligence legislation) that ensures companies are held accountable and liable when they harm - or contribute to harming - human rights, the environment and good governance. It must also guarantee that victims can access legal remedies. The European Commission has announced it will present its legislative proposal on the matter later this year.

The planned EU-Mercosur trade agreement will have an important impact on the conditions for extraction, processing and trade of raw materials such as lithium in Argentina. For example, it will jeopardize government measures for restricting exports if the EU-Mercosur trade agreement were to come into force. EU leaders should put the current deal on ice and renegotiate it on the basis of a mandate that reflects the climate emergency as well as the need to save the Amazon rainforest and its peoples.

During this conference, we would like to discuss with trade unionists and researchers from the nickel processing industry in Indonesia, a researcher from Argentina, and a member of the European parliament (THE LEFT) the following questions:

Please register by sending an e-mail to: manuela.kropp@rosalux.org

Please feel free to also forward this invitation to other interested parties.

We are looking forward to an interesting discussion with you.