The economic evolution of Portugal 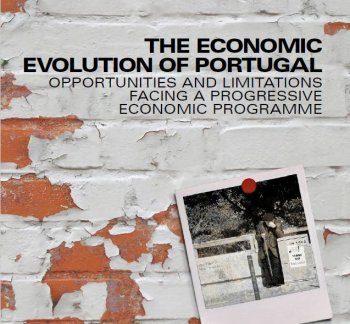 The Portuguese economy was one of the key fault lines of the eurozone (EZ) crisis, with the country requesting bailout loans with strict conditionality from the EU and IMF in April 2011 as well as undergoing a programme of economic and financial adjustment between May 2011 and February 2014. This programme was monitored by a troika comprising the ECB, EC and IMF and involving the standard orthodox combination of austerity, privatisation and deregulation. It triggered a severe recession (real GDP fell by 7% between 2010 and 2013), a massive increase in unemployment (which rose to over 16% at its peak) and the emigration of hundreds of thousands of predominantly young university graduates. Though the Portuguese crisis was one of the ripple effects of 2008’s global financial crisis and the ensuing Great Recession, it is best understood as having exposed a number of underlying vulnerabilities in the EZ’s architecture and the Portuguese economy. The weaknesses of the Portuguese economy in particular had been evident since the mid-90s, as the country prepared for and later adopted the euro: a steadily increasing external deficit reflecting the difficulties experienced by the country’s productive structure as it adopted the single currency.
The 2015 election of a new government made up of the Socialist Party (a social-democratic party), with parliamentary support from the left, ushered in a vast range of progressive changes in economic policy orientation. Economic policy was also bolstered by a set of favourable circumstances, including the external depreciation of the euro, the relatively low price of oil, economic growth in the country’s main export destinations, Portugal’s ascent as a tourist destination (partly as a result of the political turmoil and instability in the Middle East) and the ECB’s accommodative monetary policy stance (which helped significantly reduce interest rates and minimise public interest outlay). Nonetheless, the changes in economic policy orientation raised disposable income, re-established confidence and fuelled a remarkable economic recovery. Unemployment fell substantially, poverty and inequality declined and real GDP grew slightly faster than the EU and EZ average between 2016 and 2018, in contrast to most years after 1999. However, Portugal has managed to run a current account surplus (a particularly rare combination), with the government doing so while avoiding any major confrontation with EU authorities and rules.

Portugal has thus become a poster child for both the alternative to austerity and as apparent proof of the possibility of successfully implementing progressive economic policies within the European Union’s existing legal, institutional and political framework. That, however, is an oversimplification, as the Portuguese economy may still backslide into recession and remains significantly constrained by the same structural vulnerabilities that caused the previous decade’s recession (during which time the country’s fiscal policy was severely restricted by the EZ’s new fiscal rules, meaning that fiscal policy failed to adequately support economic growth throughout this period). There are five reasons why we should reject such simplification. Firstly, making massive cuts to public investment was one of the methods adopted in order to reconcile the government’s progressive income policy with budgetary orthodoxy. Such cuts have often left public services in disarray; combined with perilously low levels of private investment, this jeopardises future economic progress and structural change, especially as there may no longer be any leeway to bounce back from the recession. In this report, we will also discuss the possibility of developing a progressive industrial policy in line with EU constraints (mainly competition law imposed by the Single Market). Secondly, the remarkably favourable set of external circumstances which contributed to the outcome of the last few years is unlikely to endure in its entirety. Thirdly, the external debt and public debt stocks remain some of the highest in the world and constitute significant risk factors should circumstances change. Fourthly, Portugal’s newly-found “Florida model” of job-intensive, low-productivity growth combined with a very prominent tourism sector that attracts large numbers of wealthy pensioners from other countries has both failed to trigger a structural upgrade of the productive sector and had some serious negative consequences for working people, more specifically causing a drastic increase in the cost of housing in major cities. Lastly, the progressive nature of the current government’s policies exhibits some serious limitations, most notably with regard to labour market policy.

This report is structured as follows. Section 2 provides an overview of the economic path leading to the 2011 EU-IMF bailout as well as the austerity strategy adopted thereinafter with the support of the previous right-wing PSD-CDS government. Section 3 outlines the progressive policy orientation adopted by the PS government after 2015, with the support of the Left Bloc and the PCP/Greens, and describes the main macroeconomic developments between 2015 and 2019.
Section 4 analyses the two major obstacles to a more robust adoption of a progressive policy: the new euro rules established and approved between 2012 and 2014, namely the new fiscal rules (Fiscal Compact, Two-Pack, Six-Pack and complementary regulations) and the banking union, and the weight of public and private external debt.

Section 5 briefly describes the popular and social movements in the country and the emergence of new forms of radicalisation between 2015 and 2019, pointing out that, contrary to popular belief, more strikes occurred during this period than during the time of the previous right-wing government. Section 6 concludes this report.