Lisbon, a municipality in times of Covid-19 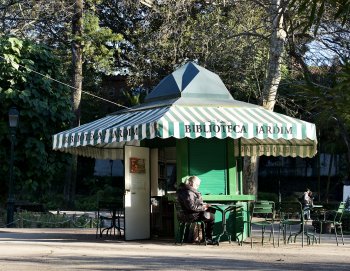 There is no Portuguese miracle, but so far Portugal has been able to flatten the curve. 24 days after the 100th case, the growth rate of new cases and deaths has slowed down. It is far from over, but these sound like good news, and are the outcome of several measures, such as the declaration of the state of emergency (supported by a large majority in the parliament), the closing of schools and the behavior of the people, who have abided to social isolation, even though no extraordinary security measures were put in place.

Nevertheless, the resulting economical lockdown is creating a social and economic crisis. Unemployment is still steady because most companies sent their workers to layoff, encompassing 425 thousand workers at this point. The economists predict that the Portuguese GDP will fall between 5% to 10% this year and in a few days’ poverty will hit the streets with unprecedented speed.

It has been up to the municipalities to put forward social responses to this crisis, and Lisbon, the capital, has set the pace. The municipality in Lisbon is run by a Socialist Party and Bloco de Esquerda, a radical left wing party, coalition. Bloco is in charge of schools and social rights, and if the city has been at the forefront of the social response to Covid-19, it is because these are the areas where huge efforts are required in order to meet the needs of the population. The presence of Bloco de Esquerda in the council is pivotal for the largest social support network Lisbon has ever seen, setting an example for the country as a whole.

When schools closed, children from the most deprived families kept on collecting daily takeaways comprising breakfast, lunch and snacks. For many of these children, the only hot meal of the day is usually eaten at school. Furthermore, there is general awareness that the city’s supply system may be compromised within a few weeks, and a meal providing system has been put forward to ensure no children are left behind. As a matter of fact, the city’s crisis social food system is based on schools, in an example of public service and solidarity. The installed capacity at the schools' kitchens has increased substantially in recent years, making it possible for the council to feed not only children, but also their families and the elderly.

Support for seniors is also one of the priorities. In Lisbon, the elderly represent almost a third of the population, and many live in isolation and are the biggest risk group for Covid-19. The council-backed Radar Project has mapped out situations of elderly isolation for a year, and these people are now within reach to have fresh groceries and medical prescriptions delivered to their doorstep.

In March, the Solidarity Network initiative was launched, asking for those who are not high risk to come forward and help the elderly, the homeless, the infected and people facing economic hardship by distributing food and assisting on day-to-day tasks.

Campaign for homeless people: no one left behind

Specifically, for the Covid-19 pandemic, a special response for homeless people was activated. Four temporary shelters were open to welcome 200 homeless people. People are screened for any symptoms upon entrance and provided with a safe place to sleep, shower and have their meals. There is one shelter exclusively for homeless women, and in the coming weeks the Lisbon Housing First solution will take hold, duplicating the number of flats available. If the situation escalates, plans are being made to get everyone off the streets into the safety of derelict army installations or even hotels.

Violence against women during lock down: political responses

Furthermore, a social media campaign was launched to emphasize that social isolation is no excuse for any kind of violence against women. Right now, and more than ever, victims must not be left to their own devices, since international studies indicate that the situation worsens greatly after the third or fourth week of social isolation. A domestic violence hotline is underway and measures are being taken to guarantee that every abused woman has a safe place to stay.

The struggle of associations for the Right to Housing, together will Bloco de Esquerda’s action within the city council, brought to a halt evictions of Roma populations at the Bensaúde neighbourhood, in Olivais. Social isolation is not possible without a place to live; thus new homes are being sought for evicted families.

In the coming weeks, it is likely the situation will take a turn for the worse, and a new problem will arise: the lack of professionals necessary to maintain the required levels of social support. It is paramount that more human resources are hired to boost the social area.

In this extraordinary situation, Bloco de Esquerda’s role in the municipality has been instrumental in putting forward a broad, left wing and feminist social response in the city of Lisbon. No one is left behind, because a single councilor in the capital in Covid-19 times makes all the difference.